A train that travels at a speed of 1200 km per hour? These students say its possible

A proposed bullet train between Mumbai and Ahmedabad will take approximately two hours, running at a maximum speed of 320-350 km per hour. But what if you were told this time could be reduced to a mere 40 minutes, travelling at an unprecedented speed of 1,200 km/hour? Most people would call it a hare-brained idea.

However, a group of enterprising students from BITS Pilani are working on the concept. Taking a leaf from the ground-breaking "Hyperloop" travel idea of billionaire entrepreneur Elon Musk, the students are planning to build a "pod" that will be able to reach 1,200 km/hour within a vacuum tube.

"Hyperloop India" is in the final stage of building its single-compartment capsule or pod that will be presented and tested in late August at the Musk-owned SpaceX headquarters in Hawthorne, California, in the final round of a global contest that was initiated in 2015.

If hyperloop were to replace the high-speed rail that is currently being proposed... the entire infrastructure cost will be 40 per cent less, plus the maintenance costs will be much less. It will also require very little land acquisition

"Hyperloop is tube travel wherein you have a vehicle that is magnetically levitated and propelled inside a vacuum tube. The technology that is used for the propulsion and braking systems can vary," Prithvi Shankar, a BE final year student at BITS Pilani and a member of what is being called Team Hyperloop said.

He said that they are using a "scalability first" approach, making the design more flexible for the transportation of cargo as well as passengers.

The concept works in theory and, according to their "feasibility assessment", if adopted, will cost only 60 per cent of the total cost of the Mumbai-Ahmedabad Bullet train.

Hyperloop will be not only be faster than a Bullet train but also the Maglev (Magnetic Levitation) trains that touch 650 km/hour and are currently operational in Japan and China. 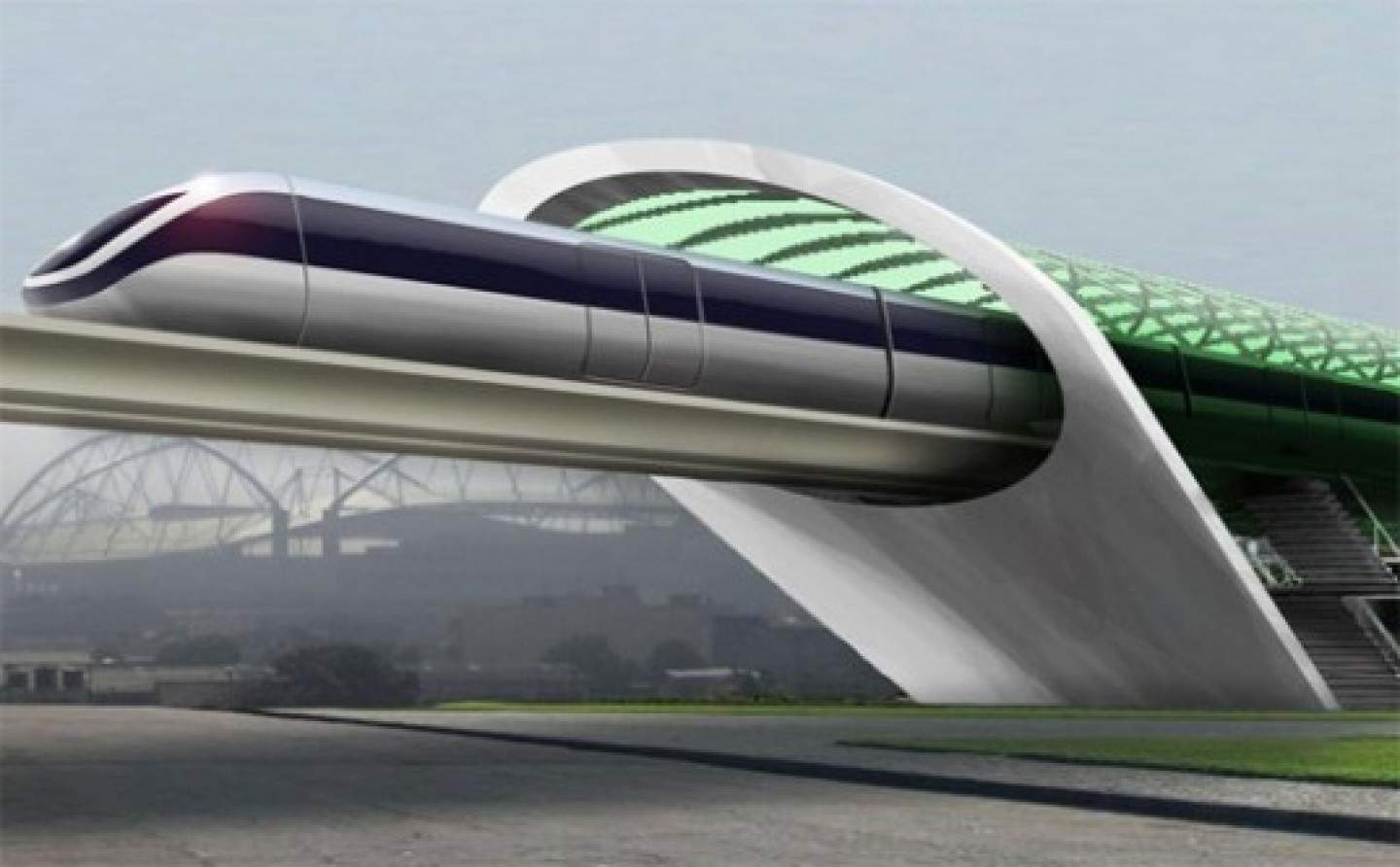 Although both are magnetically levitated, Hyperloop will be superior to the Maglev in that it will run inside a vacuum tube, thus avoiding any air resistance, and will employ a different propulsion method. Instead of electromagnets that require a constant electricity supply, the Hyperloop will use passive permanent magnets.

The material used by the Team Hyperloop will also differ from the other 23 teams in the contest. While other teams would be using carbon-fibre for the capsule, Hyperloop India, Shankar said, will use aircraft-grade aluminium "which is four-times cheaper than carbon-fibre".

Another differentiating factor, Shankar noted, will be the capsule's aerodynamic structure.

"Other teams are not dwelling on this, but we have kept our focus on an aerodynamic structure for the pod since at such a high speed of 1,200 km/hour, although there's a very little air to be displaced, aerodynamic drag can become a powerful factor," Shankar said.

The three-member team consisting of two students -- Shankar and Shibhesh -- working under Professor M.S. Das Gupta of BITS Pilani, is the only one from India and the second from Asia to be going to California to present their model

The team was formed in 2015 in response to the SpaceX design contest for which the firm built a one-mile (1.6 km) track on its premises and invited teams from all over the world to design hyperloop vehicles that could travel on the track.

Competing against 216 teams -- three from India initially -- from around the world, Team Hyperloop now is among the 24 finalists.

They have collaborated with IIMs, IITs and the Indian School of Business on the feasibility of the project, and are being supported and mentored by organisations like Invest India, RITES, NITI Aayog and Indian Railways.