Delhi government's budget allocation for education is an example for everyone to follow: Sandhya Rani K

Sandhya Rani K, Former Commissioner for School Education of Andra Pradesh speaks  about her contributions to the education department and how it can be improved

A senior IAS officer, whose education reforms when she was Commissioner and Director, School Education, really turned things around in Andhra Pradesh, is now with her parent cadre — the Indian Postal Services. Her new policies of connecting Aadhar Card details to the pensioners' accounts have benefitted over one crore people in Andhra Pradesh. The same was later implemented in the government schools for children so that they avail all the facilities given by the government and was later implemented across India. She talks to us about how they overcame some of AP's most intrinsic barriers to education.

Excerpts from the interview:
1) You pursued a Masters degree at Harvard Kennedy School. What were the lessons that you learnt and later implemented in your government service?
I pursued a Masters in Public Administration and Public Policy. My areas of interest were poverty elimination,  public sector, new public management and understanding the financial management of the non-profit sector. I also did the Negotiation Programme at the Harvard Law School. When I came back, I shared the nuances that I had learnt in these institutions. After this, I did three months of research and wrote a paper on the Thrift Cooperatives in Andra Pradesh. This was part of my finance course and the now it is even taught in IIM Ahmedabad. The new public management was very interesting and I could understand my work in that context.
There was another programme that I pursued in Human Resource Management which helped me deal with the union members wisely. The way I had dealt with the union members before and after had changed. What I had learnt from Harvard is that both the parties can win at the same time. There need not be a zero-sum game between the union and the administration always. The course I did on public policy for poverty alleviation was another interesting one. Here, I could understand the disconnect between the people who form policies, guidelines, their implementation and the final outcome will not match the vision you have. And I have witnessed this happen in the government institutions even today.

2) How did this transition from the postal department to the education department happen?
I was interested to work in the social sector from the beginning and that is why I got into social services. We had done a lot of interesting work on the Aadhaar-enabled payments for daily wagers and pensioners in my tenure. It had tremendous impact — benefitting over one crore people in Andhra Pradesh. I personally went to different villages to see how the programme was going and if the postmasters have adapted themselves to the technology which is a point of transaction. At the same time, I was very keen to work in the education department and the then Chief Minister N Chandrababu Naidu who noticed my work asked me if I can serve as the Commissioner for School Education. I was happy to get something that I had always wanted.

3) Tell us about some ground-breaking policies which you implemented in school education.
There are many such policies which were implemented in Andhra Pradesh first and later replicated in other states. When I joined the education department, I worked as a State Project Director of the Sarva Shiksha Abhiyan as well as the commissioner. Earlier, these two were separate offices. While forming policies was in the hands of the commissioner, the funds would be with the Sarva Shiksha Abhiyan. I could see how best these departments could be aligned to bring in different changes. One factor which I could align was Unified District Information of School Education (UDIS) which is essentially a  data on the number of government schools, the number of children studying etc. While the school education department collected the data on a quantity basis like the number of classes, benches, toilets and children, the Sarva Shiksha Abhiyan was collecting data on who these children are, where they come from, whether the teachers maintained the register and so on. When I sat down to analyse these figures, they did not tally. For instance, there will be 30 children listed out of which 20 will be studying in private schools and only 10 will be in the government school. We were able to find out that there were over five and a half lakh children who studied in government as well as private schools. This led me to introduce Aadhaar-enabled system at the school level to get the exact number of children in government schools so that they can avail our services. In our state, over 76.8 per cent children are connected through Aadhaar to schools currently. Now, majority of the states have implemented this programme. 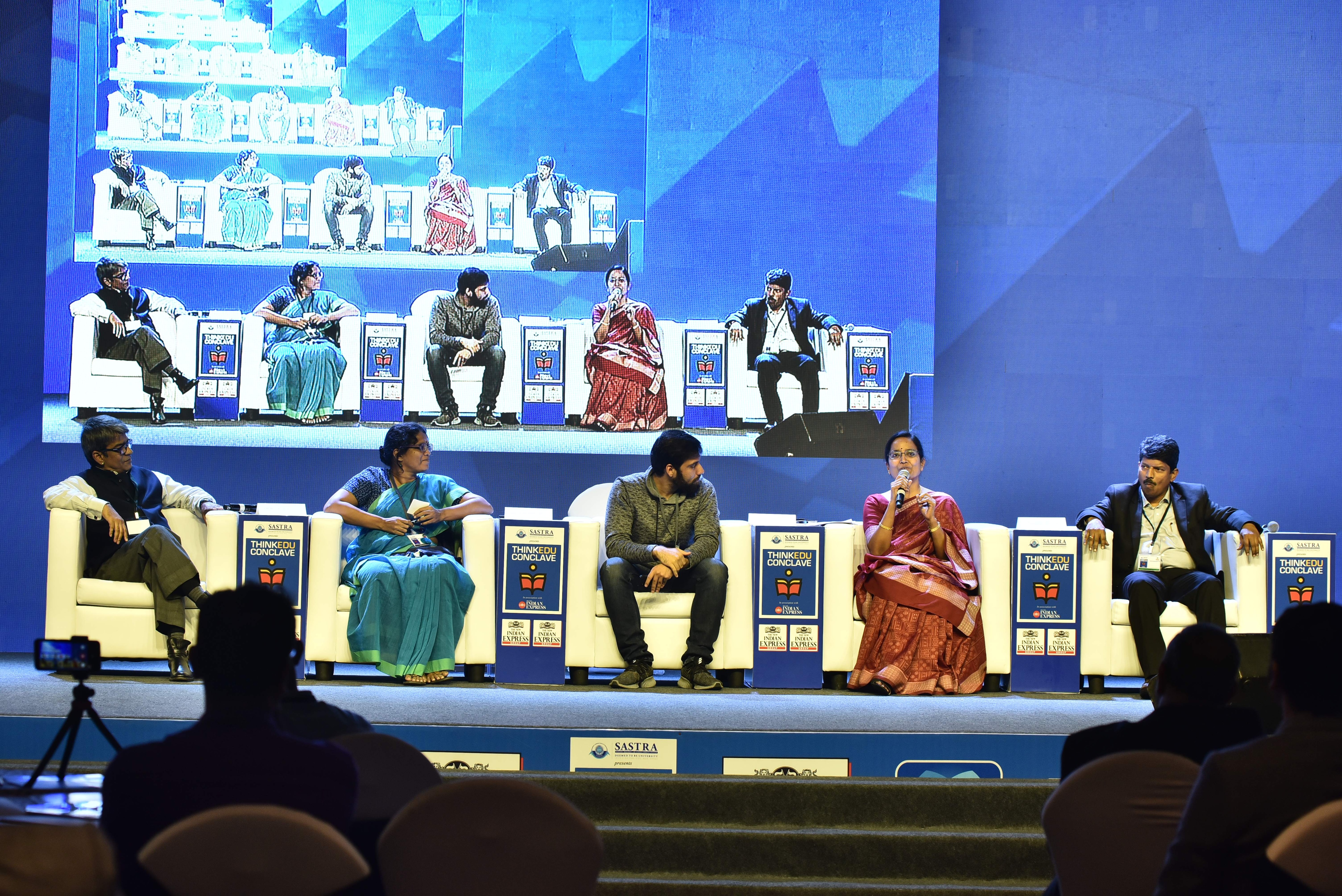 4) There has been a drastic decrease in the allocation of budgets for education by the central government. What can the government do to increase the budget for this sector?
There are different factors that matter in the delivery of education in the government schools and budget is one of the major factors. From 2014-2017, the budget has reduced for school education from 3.2 per cent to 2.7 per cent of the GDP at the national level. At the state level, it has been increasing. In Andhra Pradesh, it was 14 per cent then it increased to 16 per cent. Sometimes, when there is financial crisis, an allocation is made in the budget but there is a delay in the release. I think the Delhi government is the best example as they have a huge budget only for the education sector.

5) What should government schools do to make it friendly for differently-abled children?
Under Sarva Shiksha Abhiyan, we have a programme for differently-abled children under which we assess the level of disability they have. In some cases, the disability can be rectified with the surgeries. Some children might just need glasses or might have cleft lips which can be set right. And the last step is following up with children who are suffering from other disabilities. We need to follow up with them and their parents. In a few cases, these children will need home therapy also. Hence, we train mothers to give this home therapy. If they can't do home therapy then they can be brought to the therapy centres for which they are also given transport allowance.

7) Jagan Mohan Reddy, CM, Andhra Pradesh is converting all the Telugu medium schools to English medium schools. Don't you think it is a good step towards imparting English education?

When the Chief Minister visited different places, he has seen people interacting in English and how necessary it is for children to learn the same. Hence, he has been aspiring to bring English medium to the masses. However, we tried to convince him that only Class I-VI students can be taught English and we can take it to the other classes in the coming years. He was not willing to do so. Now, all the children from Class I-VIII will be taught in English medium only.  There are certain preparations to be done for this. Currently, teachers are being trained to teach in English, textbooks are developed with the English content and so on. As many as 98,000 teachers need to be trained in several stages. Hence, we have been in conversation with organisations like British Council and Regional Institute of English to provide modules to teach English.