JNU students not allowed inside own convocation, holds massive protest outside

The students of the Jawaharlal Nehru University alleged that the Delhi Police did not allow them into their own convocation. The students, who have been protesting against the proposed fee hike and Draft Hostel Manual, had marched to the AICTE Auditorium where the convocation is going on. Students present at the scene said that they were met with barricades and a huge police force along with a CRPF battalion who were mobilising water canons and tear gases. 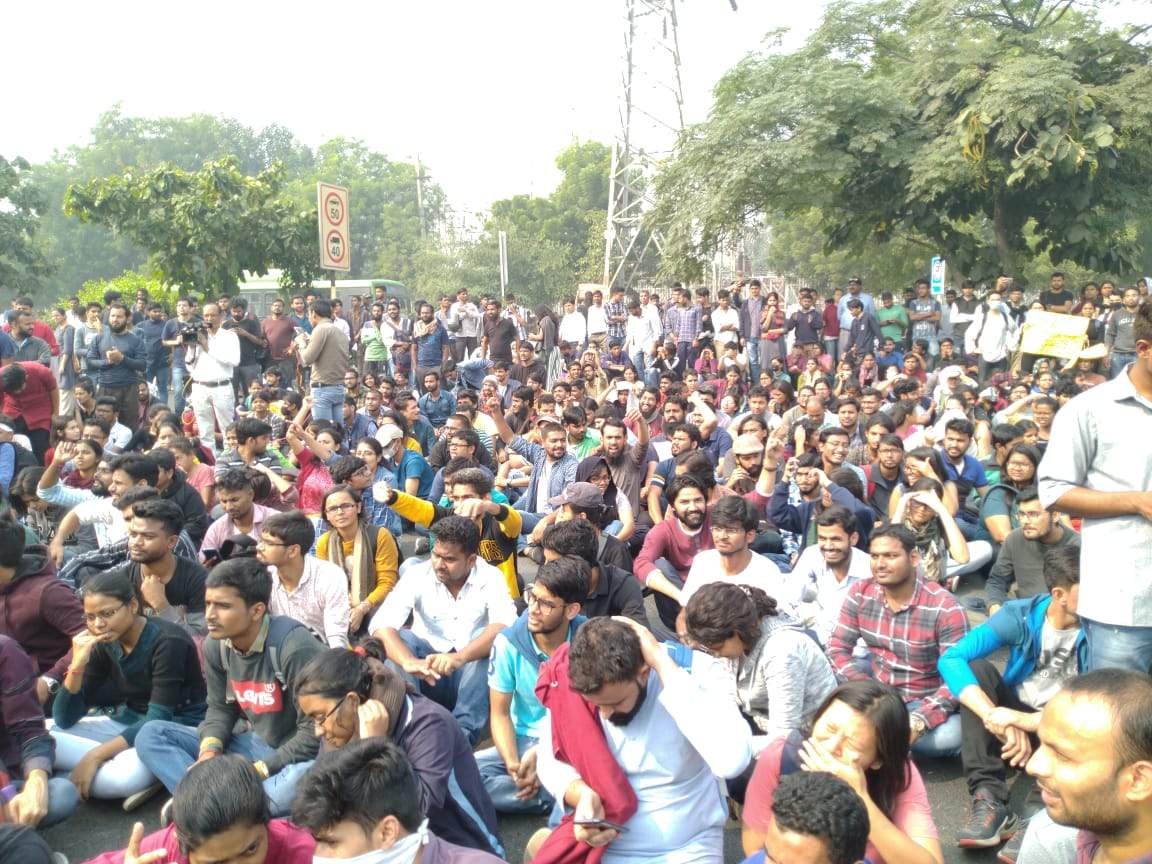 The students alleged that the police were in civil dresses and not their uniforms to probably help mingle with civilians. "Why are our students not being let inside? It is our convocation after all. Why is the Delhi Police even involved? This is an internal matter which should be addressed by the administration," said N Sai Balaji, the Former President of the JNU Students Union. The Vice-President, Venkiah Naidu and the HRD Minister Ramesh Pokhriyal 'Nishank' are the chief guest and guest of honour for the convocation and will be handing over degrees to those who completed their PhDs from July 1, 2018 to June 30, 2019. The protesting students had earlier declared that they will not receive the degrees but are not boycotting the event.