We talk to T Mohamed Nadhim who was part of the duo that created a cool satellite model that they believe can literally undo the damage done to the ozone layer!

T Mohamed Nadhim, a class 11 student of Sindhi Model Senior Secondary School, Chennai, has been a big fan of space since he was a toddler. Yes, you read that right! It all began when at just 4 years of age, he came across a magazine that had American astronaut of Indian origin, Kalpana Chawla’s picture on the cover. “I remember asking my mother who this person was and why they were wearing that particular attire. That’s when my mother explained to me that they were astronauts who got to travel to a place beyond earth called space — and ever since then, I have been obsessed about it,” he says, adding that he would regularly read up on astronomical facts, especially those related to space science, even if they were not a part of his school syllabus.

Perhaps this inquisitiveness, coupled with a penchant for protecting the environment, is what made him develop the Ozone Reinstation Satellite Project, an innovation that uses satellite technology to plug the holes in the ozone layer, along with his classmate M Pratham Peshwani. This may sound complicated and a tad too ambitious, but not for this self-confessed ‘space nerd’. “You just need to have a strong grasp of the basics of the subject, which both of us had when we created this satellite model. Our computer teacher helped us with the programming part while our art teacher helped us with the design,” Nadhim explains. 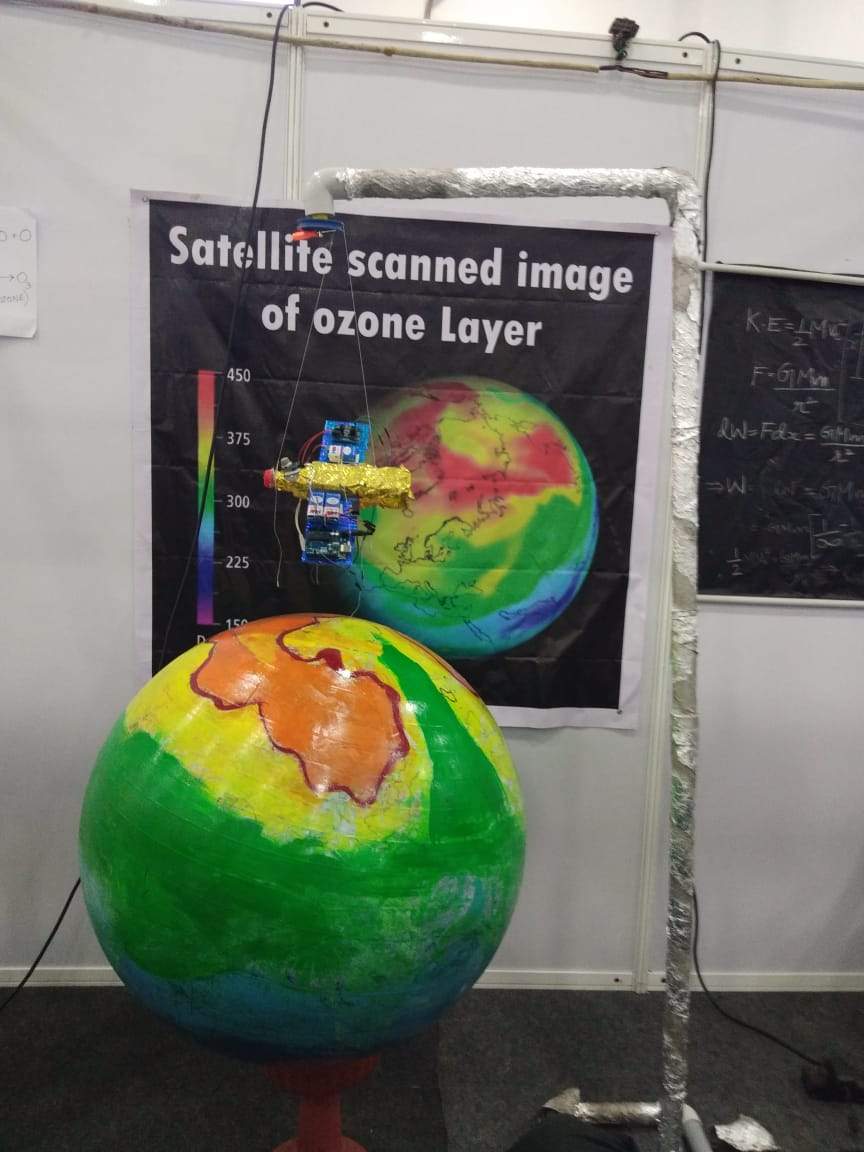 Though the model was ready for launch into space and had even passed many virtual simulation tests on relevant software, it faced one minor setback: because it was made of plastic as a way to cut costs of production, it was not able to withstand the vacuum pressure in a space simulation test. However, this did not dampen the spirits of the dynamic duo. “We were initially a little disappointed that it was not ‘perfect’, but then we understood that its flaws were fixable. We got a lot of appreciation for our invention when the prototype was put on display at the CODISSIA Science and Technology exhibition held by the Coimbatore District Small Scale Industries Association recently,” says Nadhim who also informs us that they have been contacted by institutions like KCT Engineering College and Chennai Institute of Technology who have agreed to partner with them on their satellite project.

Right now, Nadheem and his partner’s focus is on getting the device patented, but they also plan to do more research on space technology and come up with similar models in the future. “Pratham is more interested in Physics, but I would like to carve out a career in astronomy only. This is not the first time that I have invented something related to space. A few months back, I designed a pair of special space gloves that are astronaut-friendly for a competition, which was well-received by the judges. So space studies is my past, present and future,” he smiles.