The students, who have been protesting against the proposed fee hike and Draft Hostel Manual, had marched to the AICTE Auditorium at 8 am

The protest by the students of the Jawaharlal Nehru University in front of the AICTE Auditorium is still on even after the Delhi Police used water canons and lathi-charged them. Some students were also arrested and when they tried to get past the barrier.

Read More; JNU students not allowed inside own convocation, holds massive protest outside 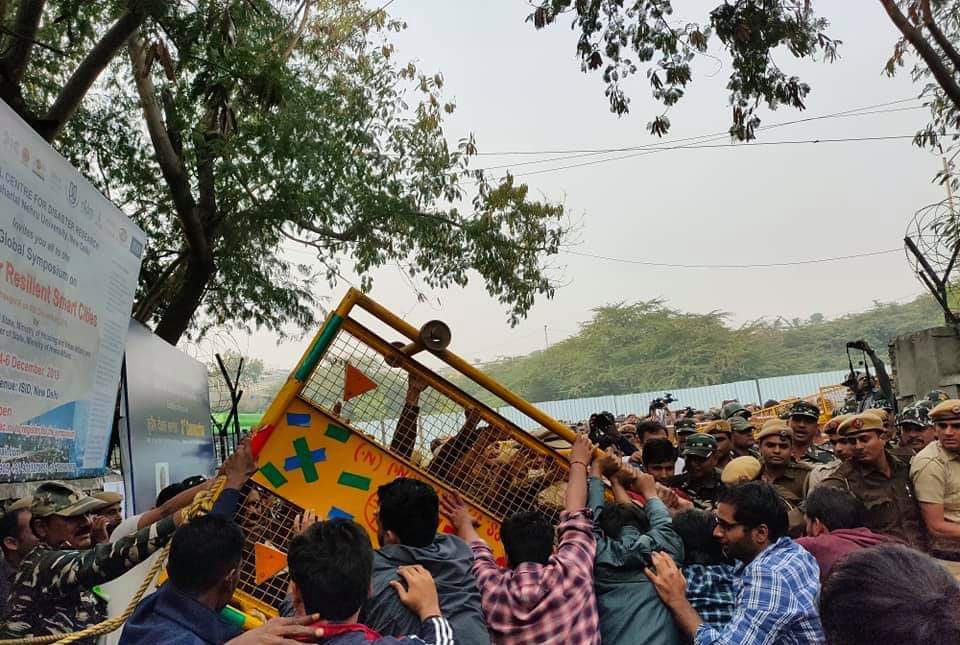 A major news channel also alleged that the students manhandled their correspondent and had planned to throw ink at the VP. Bhagat Singh Ambedkar Students' Organisation (BASO) member and an elected student representative, Apeksha Priyadarshini said that these allegations are baseless, "What they are saying is not at all true. We have never let that particular media outlet report from JNU and we asked them to go back. There was no physical altercation whatsoever. We have been protesting peacefully. There are other news organisations who are reporting. And we were still behind barricades when the Vice-President left so there is no question of throwing ink."

The students, who have been protesting against the proposed fee hike and Draft Hostel Manual, had marched to the AICTE Auditorium at 8 am on November 11 where the convocation was going on. Students present at the scene said that they were met with barricades and a huge police force along with a CRPF battalion who were mobilising water canons and tear gases.

The students alleged that the police were in civil dresses and not their uniforms to probably help mingle with civilians. "Why are our students not being let inside? It is our convocation after all. Why is the Delhi Police even involved? This is an internal matter which should be addressed by the administration," said N Sai Balaji, the Former President of the JNU Students Union. The Vice-President, Venkiah Naidu and the HRD Minister Ramesh Pokhriyal 'Nishank' are the chief guest and guest of honour for the convocation and will be handing over degrees to those who completed their PhDs from July 1, 2018, to June 30, 2019. The protesting students had earlier declared that they will not receive the degrees but are not boycotting the event. 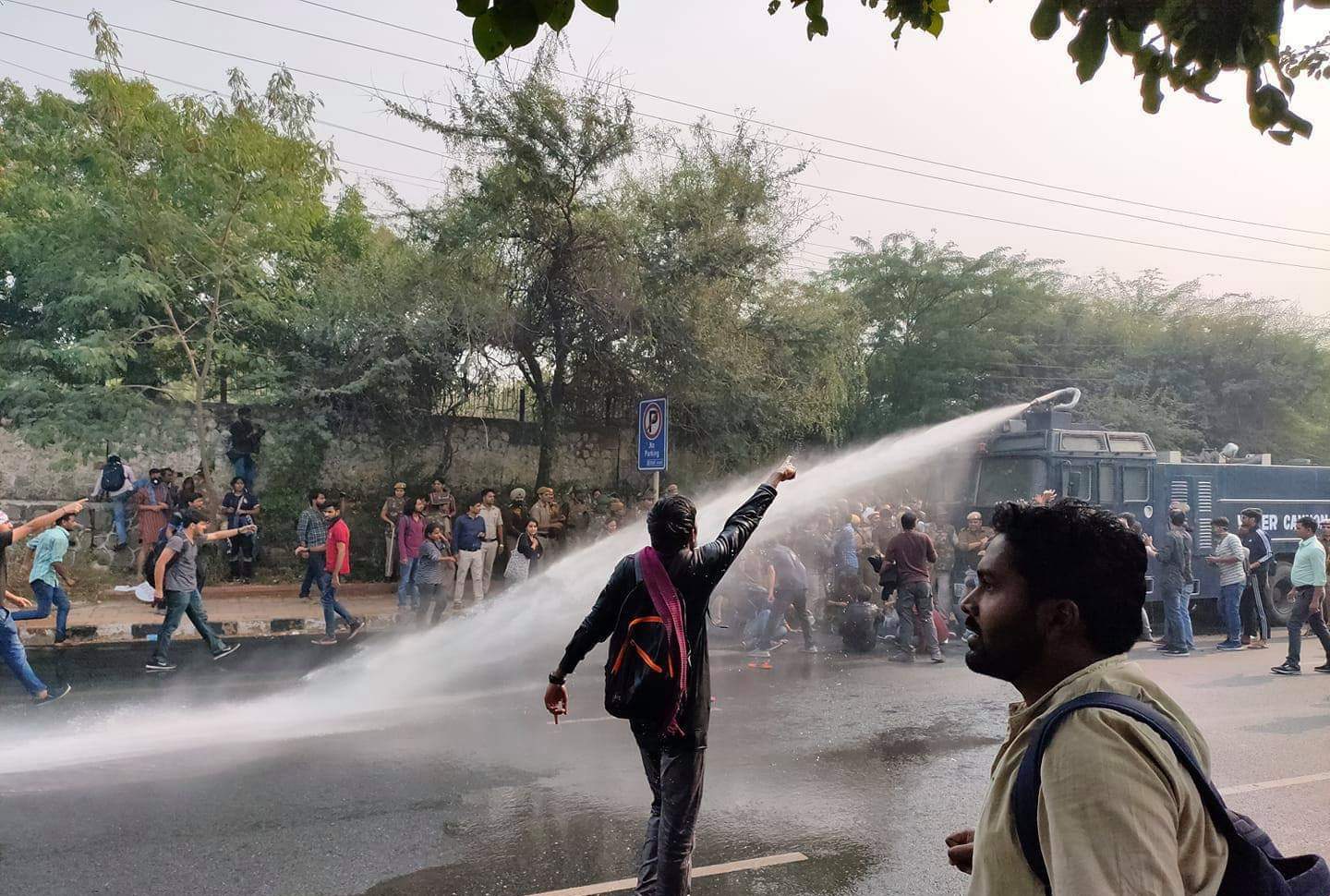 The students had gone to meet the Acting Dean of Students, Vandana Mishra, who chaired the IHA meeting on November 8. "Students requested her continuously to consider that the fee hike would have a devastating effect and that it was passed without consulting the students. However, she refused to budge, taking a rigid stance that the fee hike was necessary and claiming further that fee would increase by 10% every year," said a statement from the JNUSU. ABVP claimed that she was being confined illegally. But the JNUSU said that the students only requested her to initiate a dialogue between them and the top echelons of the administration by calling a fresh IHA meeting. "Night-long discussions have been a part of JNU's traditions and this sort of propaganda clearly means to defame the institution. Even the Delhi Police which was called to SIS 2 by the Administration saw through the propaganda of the Administration," added the JNUSU.