The St Stephen's College seems to be unable to steer clear of controversy. A day after the principal, John Varghese issued a warning to the teachers stating that they had made false claims that are 'factually and legally incorrect' in the issue of appointment of a member of the Church in the college's interview panel, he put out a notice banning any form of protests on campus. Today's notice also states that no journalist can enter the campus without his say so. 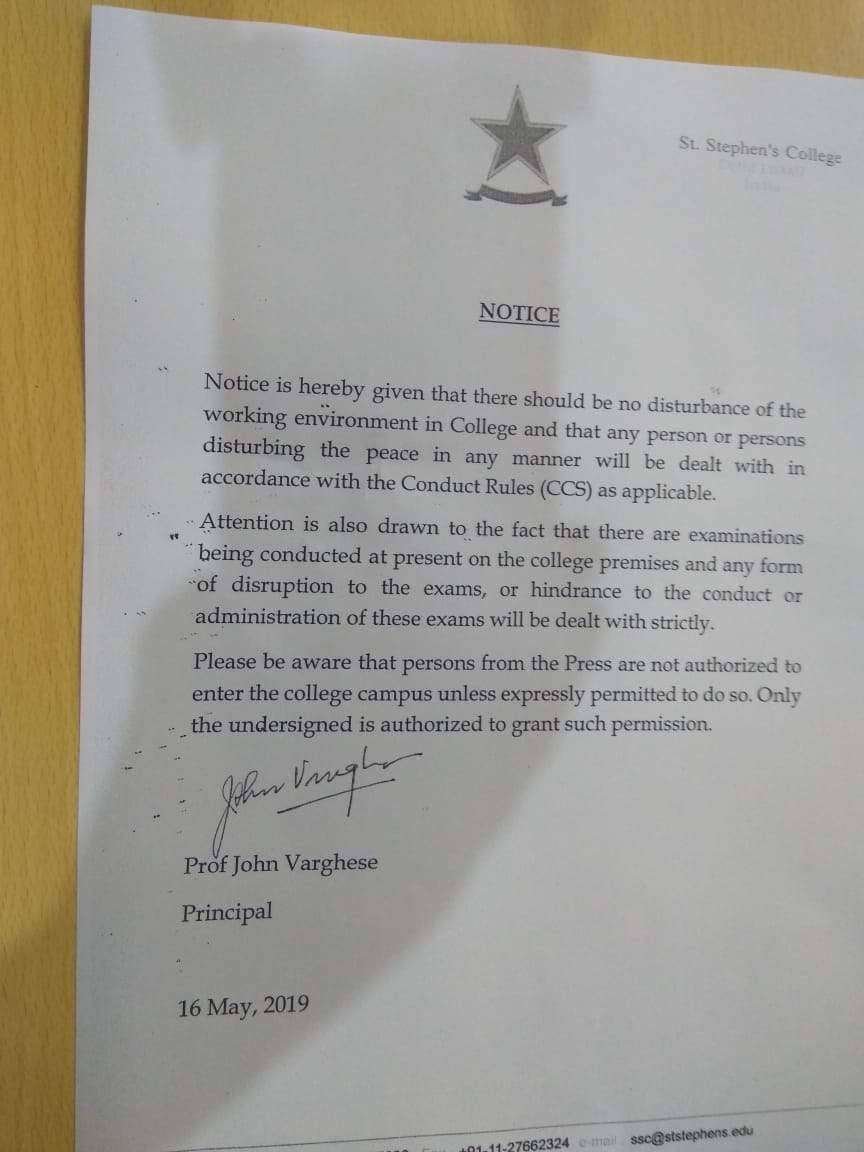 The notice says that "there should be no disturbance of the working environment of the College and that any person or persons disturbing the peace in any manner will be dealt with in accordance with the Conduct Rules as applicable." The notice also provides a reason for asking the students or teachers not to protest. It says that there are exams being conducted in the college at the moment and any disruption od the same would be "dealt with strictly".

Varghese had recently decided to appoint a member of the Supreme Council (comprising of six members of the Church of North India) to the college interview panel. Three teachers — Nandita Narain, N P Ashely and Abhishek Singh had issued a statement condemning this new move that will increase the say of the Church of North India in the college's administrative matters.

According to the constitution of the college, which is 95 per cent public funded, the Supreme Council does not have the power to judge the merit of candidates to be admitted to the college. The powers of the Council are restricted to deciding the moral and religious instruction of students, matters affecting the religious character of the college and the appointment of Principals. It can only lay down policies, but ought not and cannot take up the role of evaluating candidates or students’ merit.

But a day after they issued the statement, the teachers were sent separate warning letters, signed by the principal accusing them of issuing false and irresponsible comments and violating the code of professional conduct. "What you falsely claimed as the decision of the principal is, in fact, the decision of the Supreme Council which has the sole power to decide on the admission policy as the college is a Christian minority institution," reads the letter. It also says that a repetition of such an action will force the college to take action against them.  The copies of the letter have been sent to the Supreme Council, the chairman and the governing body.