Let's say an astronaut needs to survive a journey to Mars. The journey alone would take them at least a period of 8 months. Once they land, they have to survive on the surface of the planet for a while before making the same journey back. How can an astronaut survive this? How does one adapt in the absence of naturally occurring food or oxygen? How does the space suit need to be designed and how will it work with the pressure and gravity of Mars? Let's not go into the technicalities, say Khadeeja Rahman and Amina Zulfi who prefer to discuss the nitty-gritties only in the company of extremely gifted children.

The founders of The Little Martian presented this scenario to the group of children enrolled in their latest programme: Makers. “We believe that science is not something that can be taught, but needs to be experienced. But when it comes to online learning, STEM sessions have their limitations. A batch of students could be at various levels and they may not get the individual attention that they deserve,” says Amina.

Khadeeja adds, “When we organise a one-on-one workshop, we can also each child and have the freedom to stay on top of things. When the lockdown came, we were forced to shift to the online platforms. A lot of young children were just stuck there in front of the screens. This is something that really disturbed us when we saw them sitting idly in a non-productive way. So the concept behind Makers was born out of the hope to overcome this.” 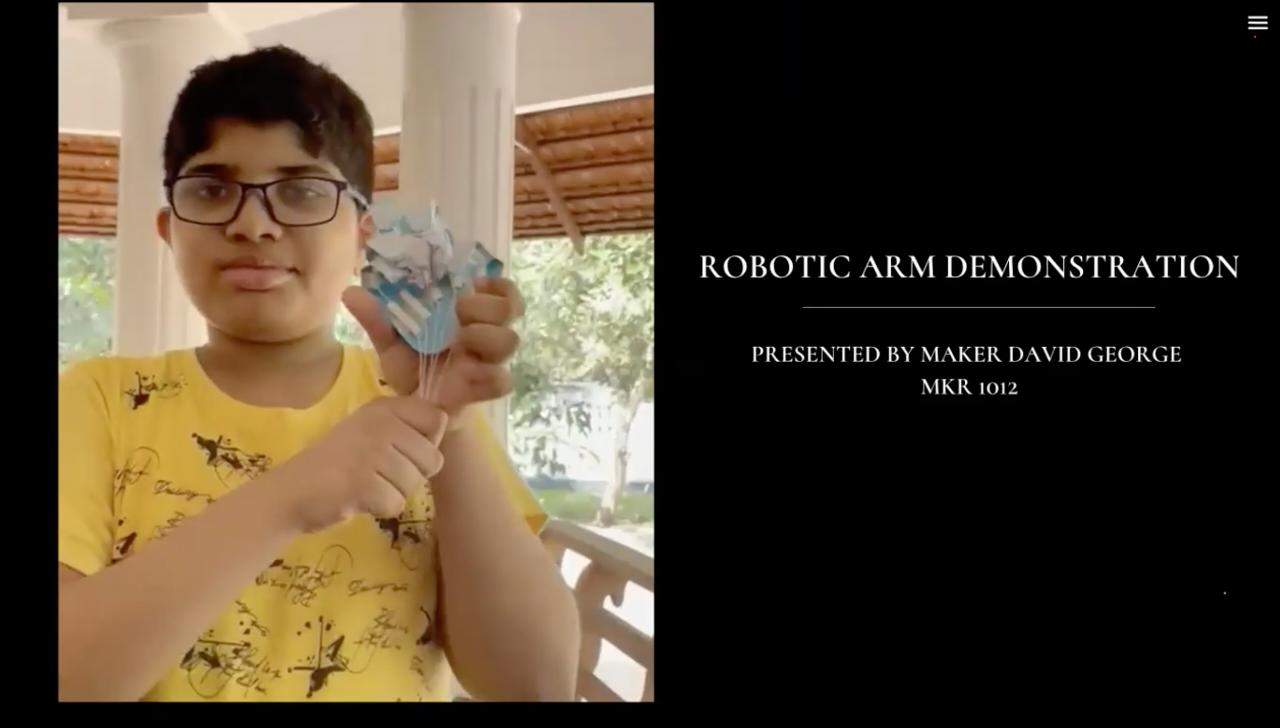 WEEK WISE: An expertly curated module is planned for each week

In December, The Little Martians were accredited by stem.org, a US-based agency which recognises institutes catering to the subjects. Following this, they launched Makers with the idea to limit unproductive time spent in front of the screen by building up a community. Each month, they focus on one major topic and encourage the students to research and build projects based on it. For the month of January, the subject was Destination Outer Space.

With an expertly curated module that is planned for the span of a week, they upload a collection of resources on the platform’s website including the materials necessary, information on how to do the activity and a set of ideas they can use. Every Saturday of the month, they host a Maker’s Meet where students discuss the work they have done during the course of the week.

MARS MIRACLE: The first project was based on travelling to Mars

Amina explains, “Discussions like these are what we mainly promote. When we do an experiment, and it is entirely online, their attention span ends there and there’s very limited learning, involved and the concept goes over their heads. With this, the learning is more effective. When we upload resources, some of the students may attempt it or some may not even open their folders. But through these discussions, they inspire each other and the week after, they all come together to put their full effort in.”

On the fifth Saturday of the month, they hold a special meeting. During these, students enjoy the presence of guest ambassadors. For outer space, they were able to speak to a retired scientist from the DRDO. In addition to this, they are encouraged to prepare a presentation with the help of a language coach about the work they have been able to complete.

For the first month, these sessions and Maker’s Hours were based around the concept of ‘Making Mars Habitable'. Khadeeja says, “All of our Makers were put their projects together to really understand the implications of space travel. We analysed it technically and studied NASA’s recent missions. This way, the students have done more from their homes that they might have done anywhere else!”