Mia Khalifa and Osama in the classroom: How to deal with student bullies tormenting teachers in online classes

There are always some students in the class who give the teachers a hard time. But over the years, the friends, philosophers and guides have managed to tackle them with punishment, pushing them to do it right, or in some cases, straight out ignoring them. But what does a teacher do when the same students come online, a situation necessitated by the pandemic — it's their home ground and the tech-challenged teacher is now out of their depth.

Several videos of students bullying teachers during online classes have gone viral on Youtube and other social media platforms. While some changed their names to display that of adult movie star Mia Khalifa and terrorist mastermind Osama Bin Laden, others played songs with explicit lyrics and even smoked on video. The problem does not stop there. Class assessment becomes useless if the student cheats in every single one of them and there's no way the teacher can prove it. 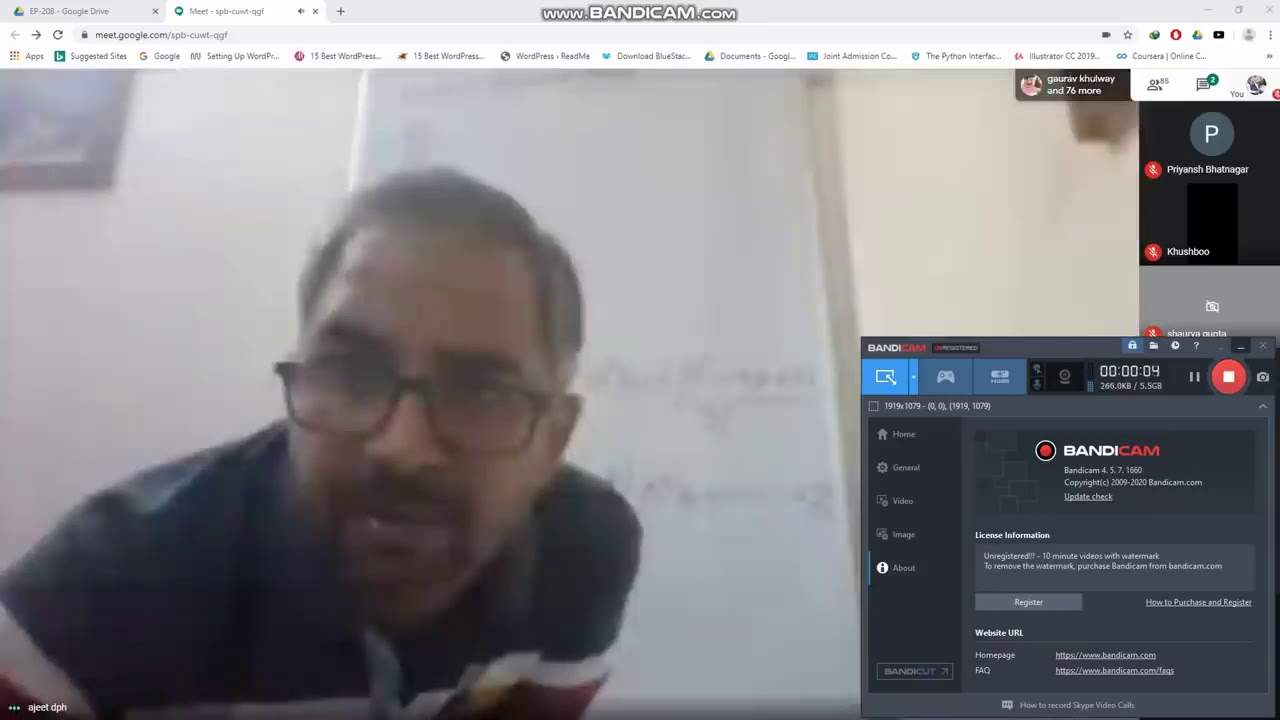 Chaya Bhargava, who teaches at the Laksh Academy, started conducting online classes for her students from the first phase of lockdown. "I am not someone who knew much about tech. When the pandemic hit and we were forced to shift online, my son helped me set up a Zoom account at home. The first day we took class, many children changed their names to everything from Osama Bin Laden to Tendulkar. I had no idea how to deal with this. We did not understand all the features and the children had an upper hand there," said Chaya. "But there are always some students who do not reply or respond to questions during the class. They would say that their mic was not working or there was some technical issue. But strangely they would score extremely well in the assessments. I could understand they have cheated because when I asked them the same questions later, they would not be able to answer," she added.

It takes a toll on the teacher, said Chaya. "I had spent about three hours making the questionnaire on Google Forms and its really disheartening to see that it was of no use. The students just cheated through it. I started to question whether my paper was not worth it," said Chaya. 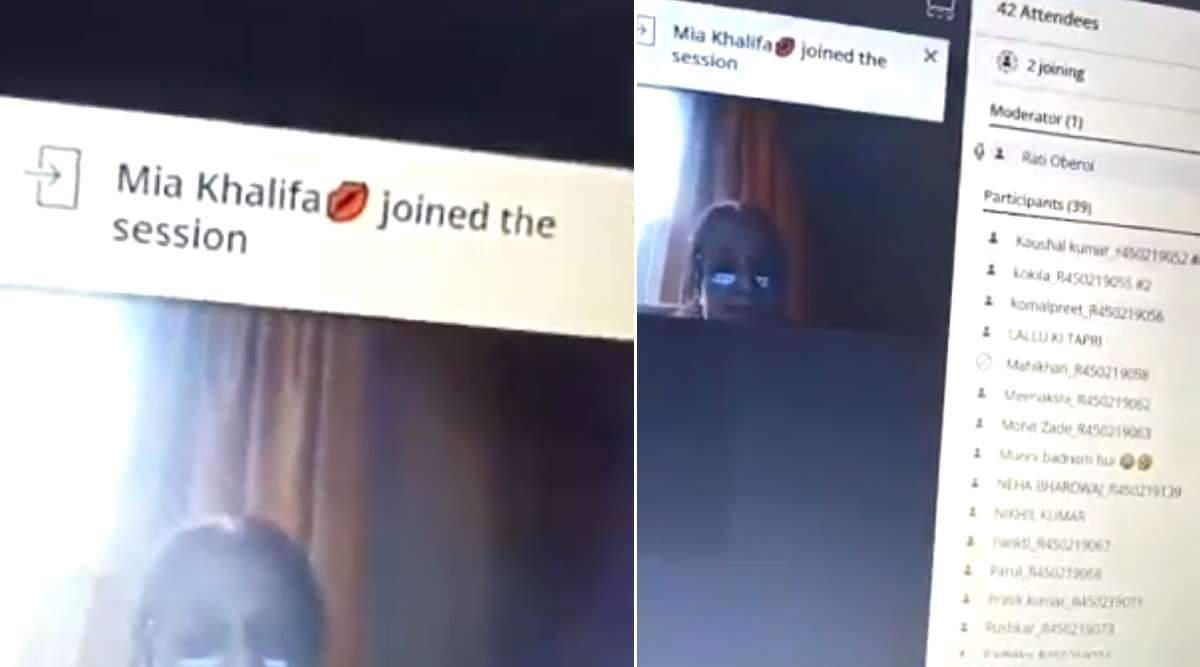 Milind Sharma (name changed), who teaches Physics to higher secondary students in a Delhi school has also had similar experiences. "There are so many students that all the tabs do not fit on one screen and that makes it hard to see then all at once. Some even switch off the video and it is not possible to tell if they are even there. It takes a toll on you after a point," he added.

The parents too need to realise the efforts the teachers have to put in for online classes, said Caroline Prathiba, Senior Coordinator at the Ebenezer International School. "It takes almost thrice the effort than teaching a physical class. Some of the parents do not understand that. They keep on asking to reduce the fees but our costs have not gone down. We have not increased the fees as we had planned but the effort in online classes is considerable," added Caroline, who teaches Biology and had faced similar challenges during her initial days of online classes. "But now we have a system and the students behave as well. If a student is not answering on a call we remove them and they have to join back and we ask them why they were unresponsive. If the answer is unsatisfactory we also get in touch with the parents," she said.

But the students acting out and being abusive might be reflective of the fact that they have a lot of pent up energy that needs release, said Saraswathy Ramamoorthy, co-founder and CMO of Learning Matters, an EdTech company based out of Bengaluru. She is also a child development expert. "It's not like the students have changed overnight. But they are cooped up at home and are not getting the peer interaction that they generally do. This can be one reason why they are acting out," she said. "We have to think about the age of the students we are dealing with here. The schools, colleges and teachers need to realise that the students might not be doing these unintentionally disrupt the class but is something that comes with that age. If they would have been in class they would probably be passing around notes chatting to their friends when the teacher had their back to them. Now that they are totally cut off from that, this is maybe their way of venting out," she said.

Is there a solution to the problem? Akanksha Pandey, a consultant psychologist from Fortis Hospitals, Bengaluru, said that it is important to set up certain guidelines for the students to follow, failing which there might be disciplinary action. "One reason why the students are indulging in activities like these is that the online classes give them a kind of anonymity. I don't think their actions are personally targetted towards the teacher. The students are not doing this out of ignorance either. They know this is wrong. The first responsibility goes to the schools and institutions of sensitising their teachers in using the online classes and also know how to connect to the students before starting with the class. If the teacher notices even after telling them or reprimanding them that someone is still trying to be a bully, they need to ignore that as well like they would in physical classes," said Akanksha. 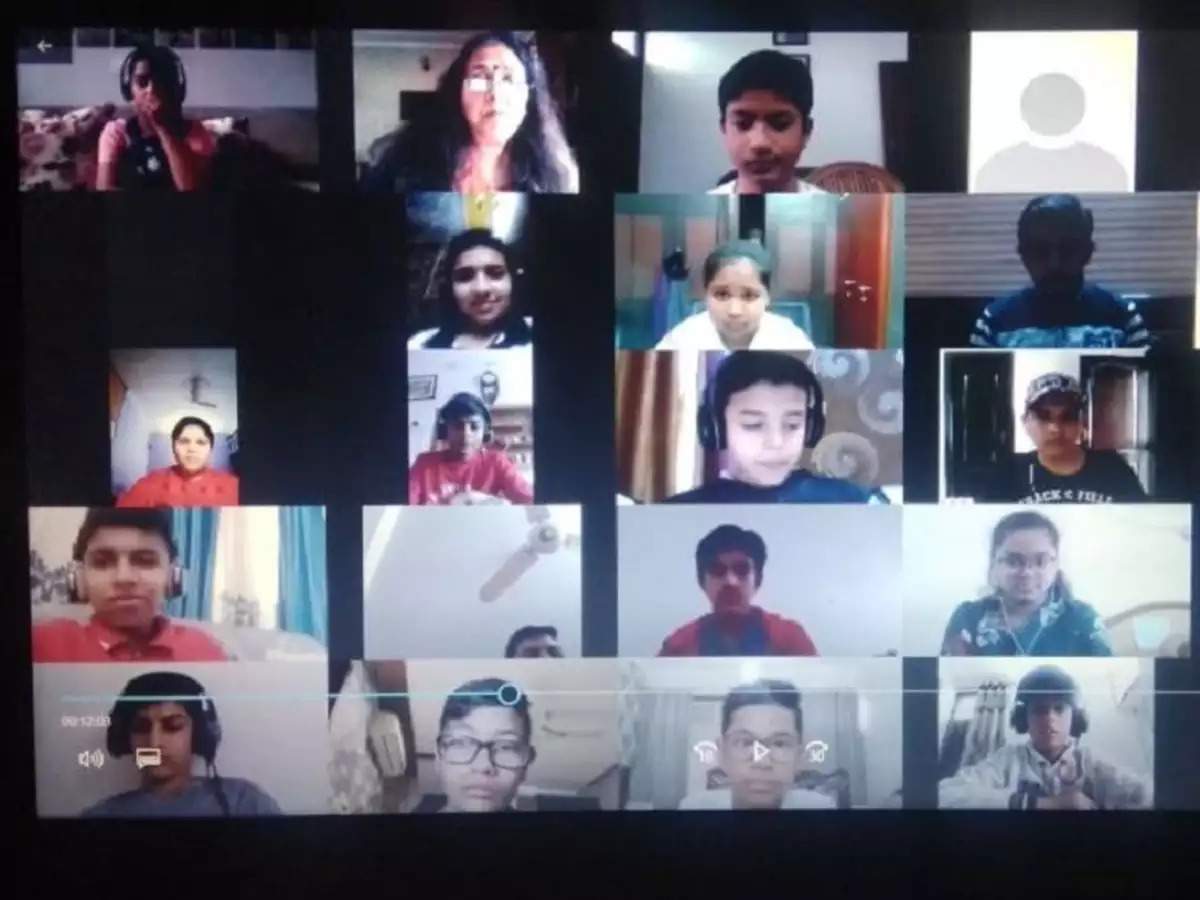 Punishing a student for being a nuisance in class would be much easier in physical classrooms but there is no reason why they cannot face action for wrongdoings in online classes as well, said Saraswathy. "Maybe they can be removed from the room for 10 minutes if they cross a certain boundary or have disrupted the class. The schools can come up with proper guidelines and there can be varying levels of consequences. The involvement of parents is very important. Many schools have Parent Teachers Associations and something similar can be set up for the online classes as well. The schools must send the guidelines and tell them that these are the rules and punishments for someone who disrupts the class. The teachers who are not tech-savvy there can be someone to help them with someone who can act as an observer and administrate the class. And if there is a protocol the teachers must follow-through - that's the only way the students will understand that this is something serious," she added. "To deal with cheating, schools can run plagiarism checks and can pay special attention to those students who are likely yo indulge in unscrupulous activities," she said.

Mental health is an issue that needs focus — both for the teachers and the students. "The students can have a sort of chat session with the teacher before the class begins and that would be of great help. This can also help pinpoint the trouble some of the students might be going through. the schools can appoint a psychologist who can be appraised of the said troubled student and they can help them out," said Priyanka. The teachers too need help sometimes and the schools should take responsibility for arranging that, she added.