Set up in 1995, Hope Community Village offers a family environment for young children without following any of the ordinary institutionalising processes

In 1979, English businessman John Veitch had the good fortune of sourcing the best coir for his business back home from the idyllic backwaters of Alappuzha. As beautiful as the land was, he discovered that many families in the more economically backward parts of the region were so troubled that many children suffered from neglect and domestic violence. With the hope to give back to the land that had afforded him all his success, he set up Hope Community Village in 1995.

Twenty five years later, Village Director Santhiraj Kolengaden oversees the wellbeing of over 72 children who fondly call him ‘uncle’. The community has become one of the first group foster homes in the country. And unlike any other orphanage, they focus on building a home and family atmosphere for the children instead of the institutional and hostile environment that we commonly see around the country. 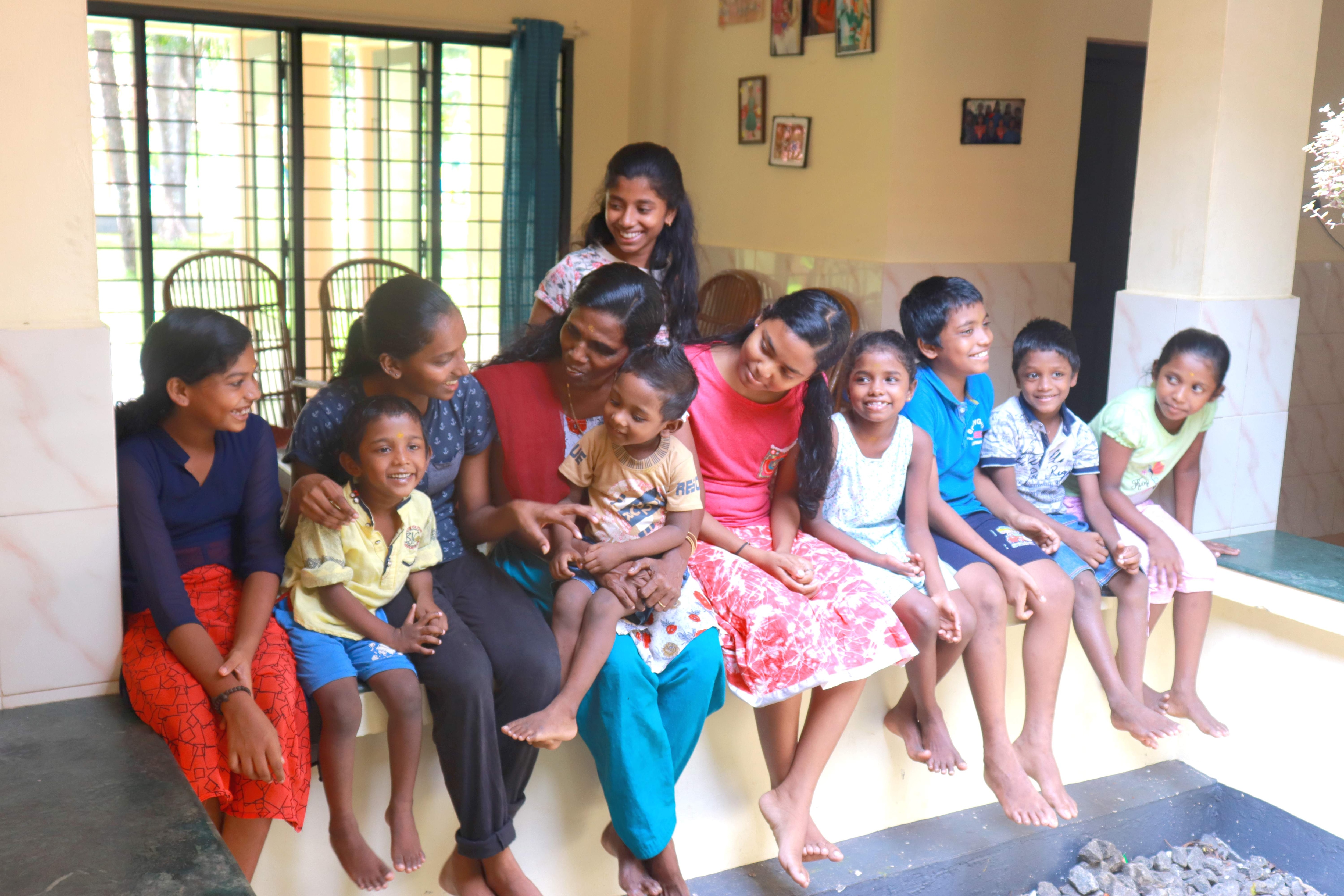 HOME BASE: The village has over 8 families

Having worked with various organisations of the sort across over seven states, Kolengaden describes the programme as ‘absolutely unique’. He says, “The idea of group foster homes is actually written in the Juvenile Justice Act. While it is a well written rule, like many things in our country, it has seldom been implemented. From 2013, we have been modernising what Veitch built in '95 to adhere to these forgotten rules — the first being the right of children to live with parents or in an atmosphere similar to it.”

Hope is currently home to eight foster families. Unlike your average orphanage, the families live in eight independent cottages with eight children, a mother and helpers who take care of every need that each family would have. Each house has three bedrooms, a drawing area, a living space and a courtyard where sunshine pours into the children’s lives. The director says, “I have personally trained the women who are mothers to these children. Unlike other organisations that do the work we do, we do not teach the children through religion or scare them into fearing God. We teach them good values and everyday skills that will help make their lives easier.” 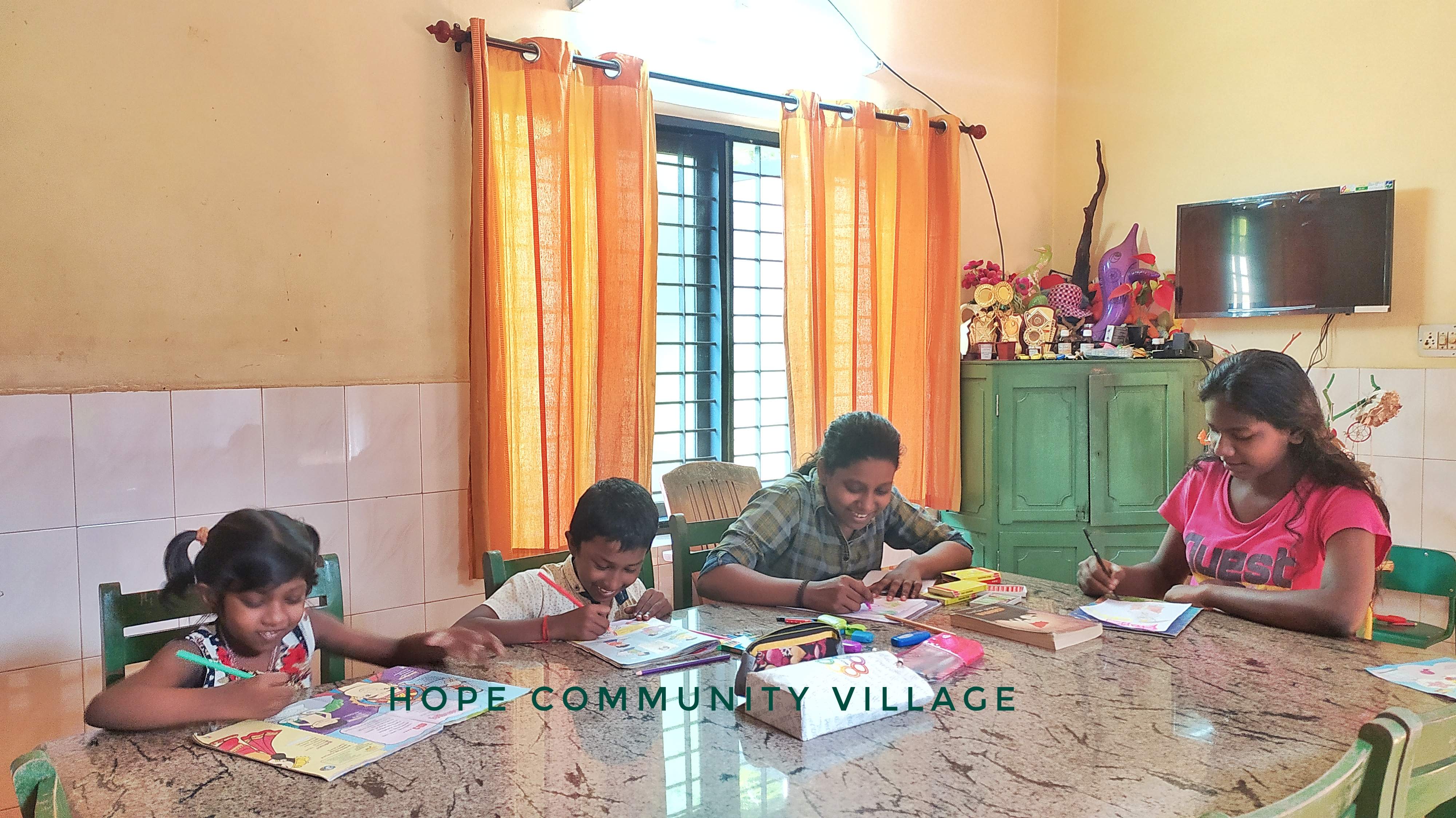 HAND HELD: The children are offered counselling and other support

What makes the home truly unique is its After Care programme. According to the law, any child over the age of 18 is removed from the category of 'Care and Protection' and moved into After Care. Ordinarily, After Care comes under the guidance of district collectors or child protection units. But Kolengaden explains that in most districts, these children are rarely supported and they are released into a world of chaos. To avoid this fate for the children he is responsible for, he wrote a letter to the Child Welfare Committee requesting to conduct their own After Care for children who come of age within the organisation. And thanks to this, they currently have extraordinary young adults living within the Hope family who are preparing to be veterinary doctors, nurses and various important professionals.

True to its name, Hope is a shining island in a sea of indifferent institutions. Anyone can contribute to their good work by sponsoring a child’s education, donating a meal or resources. Kolengaden does not worry about the future of the children, he says: “When they leave from here, people will judge them and make assumptions about where they come from. We are teaching them that they will be loved no matter what and preparing them to rise above such comments.”