Kannan On Air: At 65, this Kannada priest has gone from the temple to RJ-town, and he's a rockstar already

With a humorous speaking style drenched in wit and wisdom, he is followed by Kannadigas all over the world and is a huge draw for their radio station

Hiremagaluru Kannan’s new venture into radio jockeying at Namm Radio has gained popularity, as he now has a significant number of listeners tuning in to his talk show, Coffee with Kannan. Kannan hails from Chikmagalur and is known for his aphorisms and his humorous talk show in Kannada, despite him originally being a Tamilian. He gained popularity for his TV debate show, Harate. Now, at 65, he is actively adapting himself to the digital radio world.

With nearly four lakh worldwide Kannada listeners,  Coffee with Kannan has opened up a new world for him. From being a priest and school teacher in a small town to becoming an RJ at 65, Kannan has come a long way.

I am connecting to Kannadigas all over the world, and I feel that I am now closer to people that I was using other mediums

This is, in fact, a hobby for Kannan. What was unique about his priesthood was that all the shlokas were in Kannada rather than Sanskrit.  His humorous speaking style, drenched in wit and wisdom, has made him a popular name among Kannadigas, and he is now attempting to bridge the gap between Kannadigas all across the world.

Kannan says his life has changed a lot with this new medium "Now my listeners are in my home, and I am always with them." Kannan travels to Bengaluru to record the show once a month.

A seasoned globetrotter, Kannan can fluently speak six different languages. Avnidhar Havaldhar, CEO, Namm Radio, says "Kannan's show is one of the primary shows on our radio channel. He has followers all over the world." 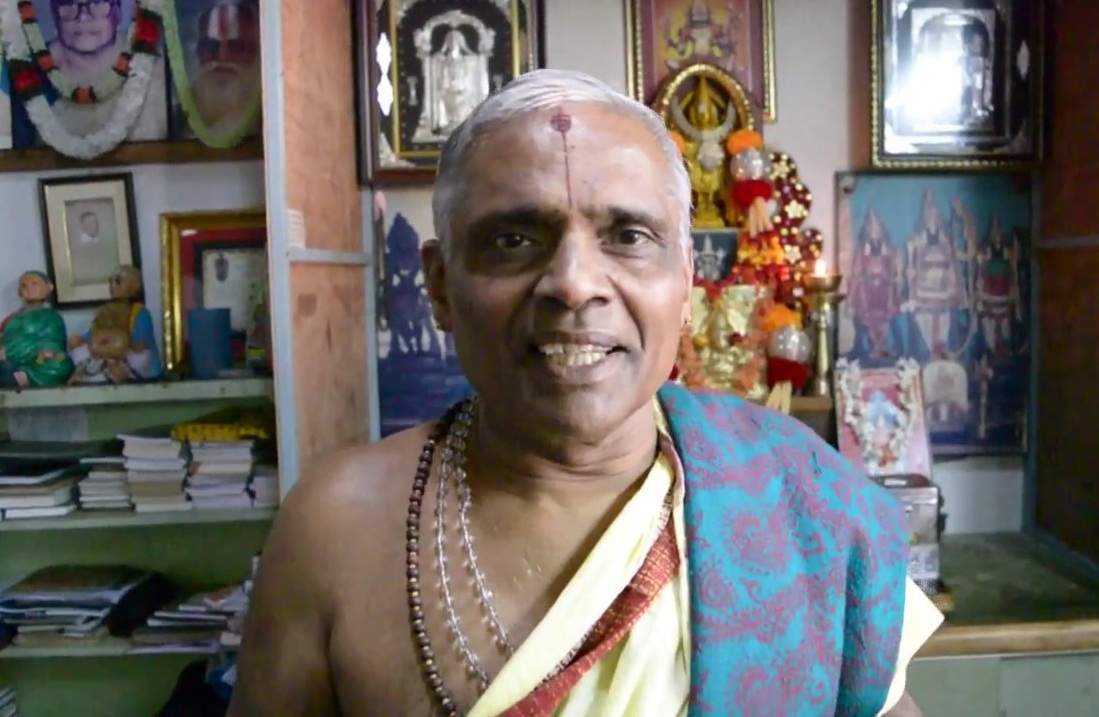 "Kannan's show makes me feel like I'm not too far away from home," says Akshay Bhardwaj, who resides in the US. "His voice is like a tablet for homesick people," he adds.

One of his listeners, a college professor, BA Annadanehsa, says, "Kannan's is a role model for Kannadigas, especially the youth, as there is a lot one can learn from his talk show."

Kannan has been hosting the show since March 2017, and it was a huge hit since day one. "It's an honour for me to do this kind of show, as I am able to connect to different age groups," says Kannan. He signs off by saying that he is glad he's keeping up with the rapidly growing digital world.