Satirically yours: Why Liz George's cartoons are politically incorrect!

While most people read George Orwell's 1984 and shudder at the thought of this distant dystopia, Liz George found the novel's premise less imaginary than most, she couldn't help but relate it to the current political and human rights situation in the world around her. The cartoonist from Cochin, who currently resides in Bangalore, creates art that is all about light takes on tense topics.

Liz says, "I personally feel that we as a community have gotten a bit hushed up about ridiculous but normal things that are happening in our society." Having always had an inclination towards arts and craft since school, she felt that the art in her classroom was restricted to watercolours and real-life drawings. It was her father, who was an artist himself, who taught her first real art lessons, but she conclude with a laugh that she's too impatient to 'learn art' and that she's 'bad at it' 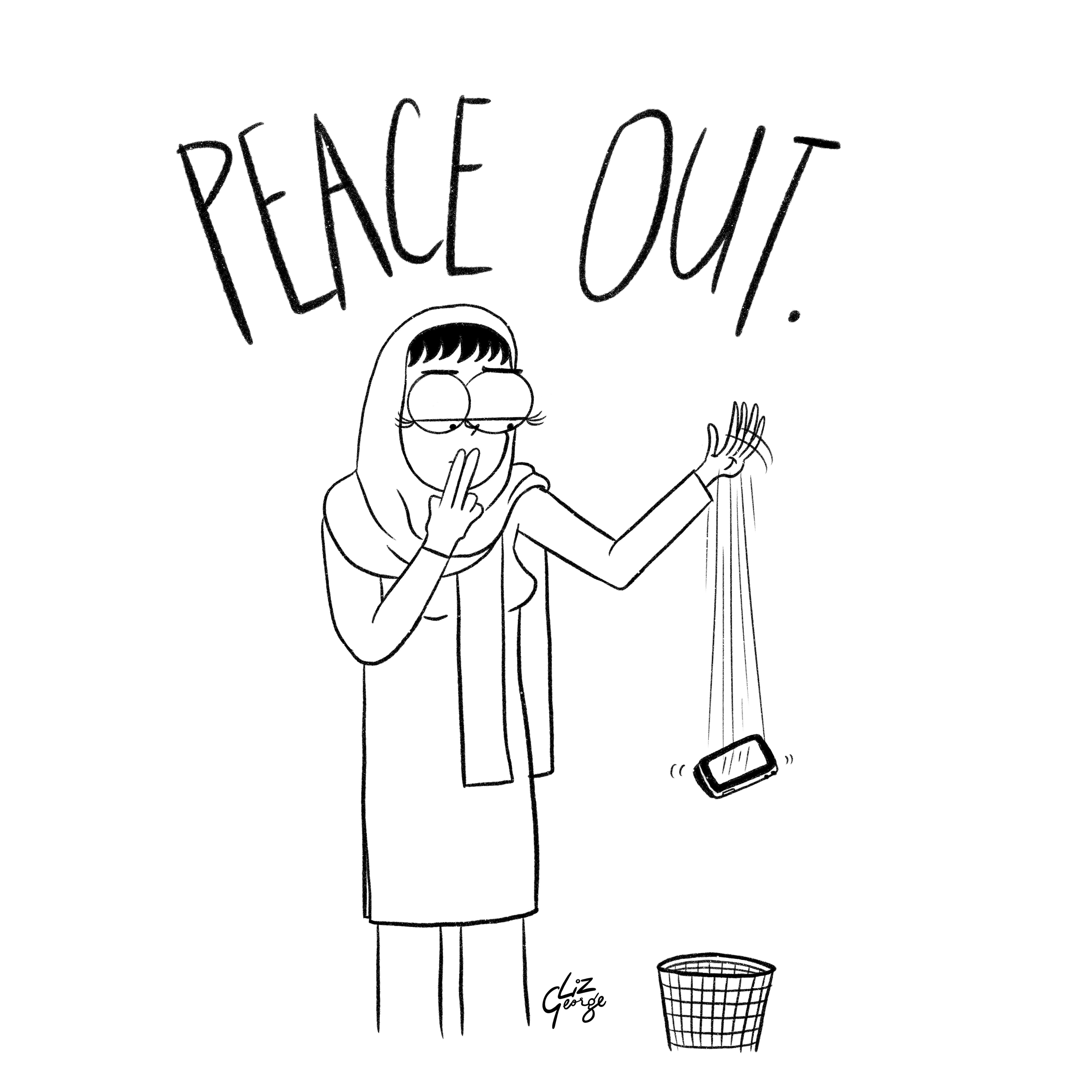 Well, if you've glanced through her Instagram profile, you'd beg to differ. She says, "Cartooning happened to me by luck. In the 6th grade, I had joined the cartoon drawing competition at school merely because one of my friends was participating. And guess what? I went onto win the first in school, district and runner-ups at the State Level that year!" Again, she dismisses it as 'beginner’s luck' and goes on to talk about how she was inspired by the individualistic styles of the shows she used to watch on Cartoon Network and Animax.

Liz describes her own individualistic style as expressive and dark. She explains that she learned to draw cartoons from Tinkle Digests and Archie Comics. And it was during her time as a fashion design student at NIFT Hyderabad that she had the opportunity to experiment and learn more.

She says, "When I was a kid, the usual themes were inspired by awkward life situations, however, when I grew up, I really couldn’t connect to that genre anymore. Infact during this transition, I had a minor 'creative' breakdown, which made me take a break from drawing." STATE OF AFFAIRS: She is working on a comic series about the lockdown in Kashmir

During that short period, she found the good fortune of being able to work with people from different backgrounds and industries while moving around different cities in India. She remembers, "I would constantly hear different stereotypes that people would simply assume about each other. I found that both, ridiculous and hilarious at the same time. That’s when it struck me to convey these through my work."

Liz has gone on to hone her skills by highlighting political farces and ironies through her cartoons. She believes that such discourse could make a difference in the state of affairs, saying, "I figured that there are many people who feel the same about the current political situation but they are concerned about the backlash it may draw if they voice their opinion. So art here, brings everyone together and our voices become louder."

Currently, she is working on a comic series with one of her Kashmiri friends on the recent lockdown of the state.

The idea is to create a satirical comparison of both their lives. She elaborates, "We were amused by how people still judge this state only with a political undertone and how they never consider the human part of it." The series is scheduled to be published in the last week of October.