A division bench of the court comprising of Justices Qaisar Rashed Khan and Ahmad Ali heard a number of petitions moved by the Bishop, Vice-Principal and the provincial government

The nationalization of the Edwardes College in Pakistan's Peshwar is not just a severe setback to the Christian community but also detrimental to the propagation of free speech in the country. Edwardes College, established in 1900 by the Church Mission Society, formerly known as the Church Missionary Society, has always been known for its community life, which includes freedom of worship for all faiths, sporting events, a debating society, drama productions, and student publications.

Church Missionary Society is a British mission society working with the Anglican Communion and Protestant Christians around the world. Founded in 1799, CMS has attracted over nine thousand men and women to serve as mission partners during its 200-year history. This is yet another example of systematic and state prosecution of minorities in Pakistan and how they are deprived of their rights in the country, felt Christians across the world who are also seeking justice for their brethren in Pakistan.

The Peshawar High Court (PHC) rejected the claim by Peshawar Diocese Bishop Humphrey Safaraz Peters’ stating that the college is a private entity, declaring that it would remain under the control of the Khyber Pakhtunkhwa (KP) government, reported Pakistan Today.

A division bench of the court comprising of Justices Qaisar Rashed Khan and Ahmad Ali heard a number of petitions moved by Bishop Humphrey, Vice Principal Shakil Ahmad and the provincial government pertaining the status and affairs of the college. The bishop contended that Edwardes College was established as a private missionary educational institution by the Church Mission Society and it had its own financial resource, which was created through donations and fee.

The faculty members, however, stated that the bishop, in connivance with the principal, held a meeting of the executive committee of the Diocese and came up with the idea of forming a new board of governors by disbanding the existing board headed by the governor. They added that the bishop’s act was illegal.

On October 2, the Dawn had reported that the "PHC bench turned down the plea of the Peshawar Diocese Bishop to declare the historical Edwardes College a private entity and ruled that the college was a nationalised educational institution governed by a board of governors (BoG) formed by the provincial government." 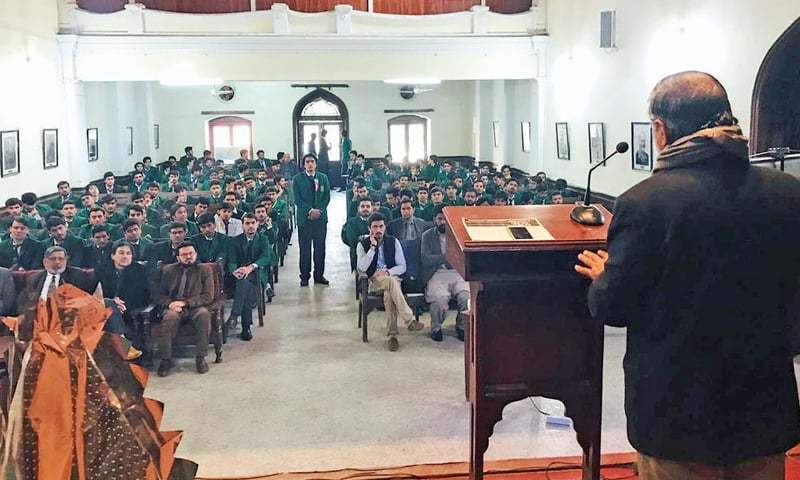 The court had on October 1, rejected a petition "requesting to declare the college, which was set up in 1900, a private institution in light of an earlier judgment delivered by the court in 2016 and to stop the government from interfering in its affairs." The written judgement in the case is out now and the college has been nationalised under the 1974 notification by Peshawar High Court.

Pakistan Prime Minister Imran Khan who never misses a chance to talk about the condition of minorities in India has so far maintained a silence on the issue. The Christian community all around the world feels back-stabbed and utterly disappointed by this "unjust decision" of PHC. The News International in a report on October 19 had said that the Christian community leaders have accused the Khyber Pakhtunkhwa government of interfering in the affairs of Edwardes College.

The British Pakistani Christian community has called on Prime Minister Imran Khan to issue an executive order to confirm that Edwardes College Peshawar will remain a private Christian institute and will not be nationalised, The News International said in its report. In August, at a United Nations meeting, the United States, the United Kingdom and Canada raised the issue of suppression of religious freedom by Pakistan and slammed it for "persecuting and repressing" religious minorities.

During the meet on Safety of Religious Minorities, the US, UK and Canada expressed concerns over the increasing, widespread and undue restrictions on religious freedom in Pakistan and China. They highlighted the discrimination suffered by the Uyghur community in China, and Christians, Ahmadiyas, Hindus and other minorities in Pakistan.

In recent years, there have been a number of incidents of forced abduction, conversion and even killing of girls from minority communities, which highlights their plight in Pakistan. Pakistan has been discriminating against its religious minorities through targeted violence, mass murders, extrajudicial killings, abduction, rapes, and forced conversion to Islam. This places Pakistani Hindus, Christians, Sikhs, Ahmadiyyas and Shias among the most persecuted minorities in the region.

They further stated that the college had been funded for more than five decades by the provincial government regularly and as such, the college after attaining financial stability became an autonomous institution and not a private institution. Upon the conclusion of arguments from both sides, the bench dismissed the bishop’s petitions and admitted the petitions of the government and the vice-principal which contended that all privately-owned schools and colleges had been taken over by the government in 1972.

The bench also accepted an application of the provincial government seeking to recall the 2006 judgement, which had declared the Edwardes College a private educational institution. In the detailed judgement, which was released on Tuesday, the court stated that the newly-constituted board of governors formed by the bishop lacked lawful authority and the decisions taken by the board did not have any legal or binding effect. The court formally stated that the college is a “nationalised and autonomous institute pursuant to the regulation ibid which has been validated as per Article 269 of the Constitution, 1973, and its affairs are properly managed by the governor of KP”.

The court order stated that in January 1974, the provincial government had issued a notification, through which it had constituted a board of governors for the college under the chairmanship of the governor and had vested administrative powers to the board. The notification was duly published in the Government Gazette on April 2, 1976, the court order added. It is pertinent to mention here that the fight between the government and the bishop for the ownership of the historic college has brought the educational institute to the verge of collapse.

During the hearing of the case, multiple incidents of corruption and abuse of power came to light, including one mentioned by the top officer of the province pertaining to the issuance of certain office orders by the incumbent principal for the appointment of his kin to key posts without due process. As the situation degraded, KP Advocate General Shumail Ahmad Butt said, students, opted to either quit their studies or migrate to other colleges. He also produced a document which showed that 200 students had recently left the college.

The bench also set aside the judgment passed on the writ petition moved by Malik Naz, who was once a contender for the post of college principal and had moved a Civil Petition for Leave to Appeal (CPLA) before the Supreme Court (SC) but had not pursued it. Expressing surprise over the lack of a follow-up at the apex court after a petition had been moved there, the court said it would be decided afresh as some facts had been concealed from the court. Finally, the court disposed of those petitions and directed the authorities to make strenuous efforts to restore the trust of the students in the college.