When his mother tells him about the long relationship between him and his paintbrush, Shamil Kandachery thinks about the weight of one's destiny. Or at least that's what he tells me about his fated tryst with art. He says, "I was a very naughty kid. My parents got me to start drawing from first standard itself to control my anger!"

Not only did drawing rein in the spirited child, it brought him an array of accolades. He participated in a number of art competitions in his school and won first and second prizes on his very first attempts. "I come from a family of agricultural labourers, we don't make a lot of money. When I was in 11th standard, I participated in a clay modelling competition where they asked us to create a farmer. I just replicated my grandmother from memory and won first prize," he laughs delightedly. 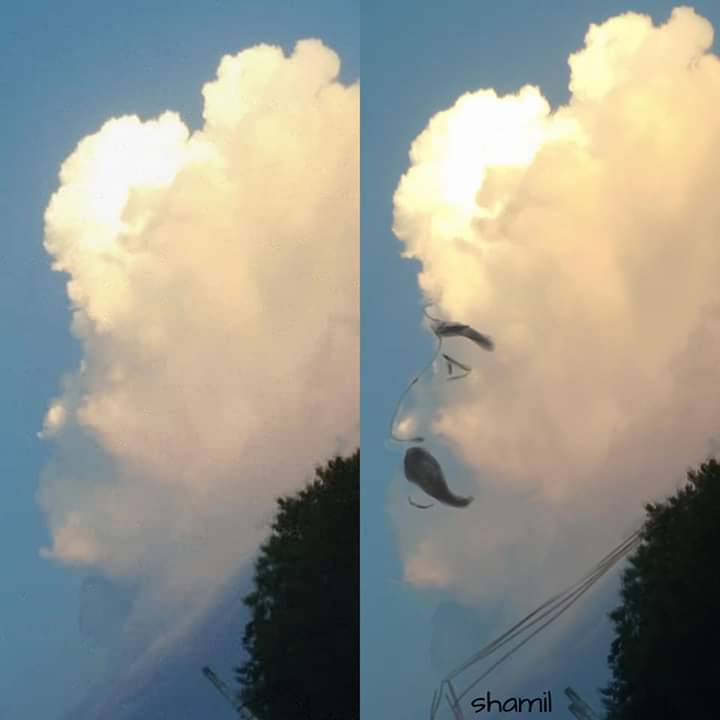 CLOUD NINE: Shamil's rendering of a cloud that reminded him of actor Mohanlal

As he stepped out school, Shamil got enrolled in a BSc Physics programme. His dream was to create a new identity, one that was closer to art in the new space. But his college days were short lived. When he heard news from home that most of his elder friends in Kannur had joined the army, he couldn't resist himself. Again, he thought it was destiny calling.

He says, "I have always had this habit of needing to prove myself. If someone else does something great, I need to prove to myself that I can do it too. So I decided to joint the army too." The call from the army was quick and he joined at the age of 18. Today, he has been a member of the Indian Armed Forces for 9 years. At the age of 27, he says, "I feel like I lost out on a lot of things. My life quickly got limited to the army area and the goings on here. I missed out on college life, friends and so much more. I was really frustrated at a point." 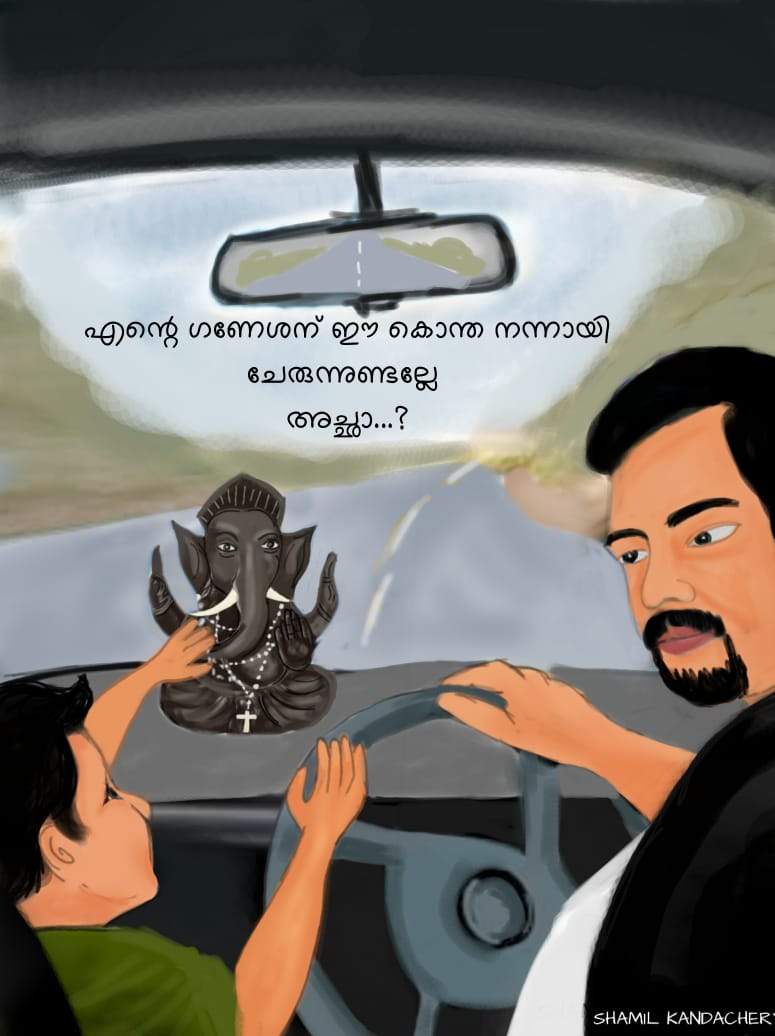 Just as his parents had tried with him, Shamil tried to solve his frustrations with a paintbrush. He says, "I had a lot of time on my hands. I would draw pictures during this time. It was also around the time when I fell in love with all things cinema. I remember watching Pazhassi Raja and observing the sword that was used and the buildings that represented ancient Kerala. I loved observing art direction in films. I wanted to recreate things like that myself."

Shamil's work brings to attention important social subjects like social change and slut shaming. He says, "There's always been a feminist sleeping inside me. I think it may be because I have seen my mother toiling away in a kitchen all her life. It's something that I was determined to bring attention to. Anything that I believe needs to be talked about, I bring it out through my work."

One day, Shamil saw a cloud that he thought resembled the actor Mohanlal. He took a picture of it and drew the actor's trademark moustache and beard on it. It became extremely popular on social media and eventually reached the star himself who invited him to a film set to congratulate him for his work

He went on to meet art directors from the Malayalam film industry every chance he got. It was in one such meeting that he met Vinesh Banglan, the Art Director for the film Ambili who won a National Award this year. "I have this angry determination when it comes to creating art. And that's what's helped me come so far. Ever since I was a kid!"