This 16-year-old from Jhansi has built an AC that costs just Rs 1800. Here's how it works

Kalyani Shrivastava, whose parents are both teachers, is currently studying in 12th standard at Lokamanya Tilak Inter College in Jhansi

Nowadays, it is not really uncommon to see youngsters nurturing their passion and fulfilling their dreams, however, very few of them actually turn their innovative ideas into something fruitful. This 16-year-old from Jhansi made it possible and turned her idea into reality. Kalyani Shrivastava recently built an air conditioner that just costs Rs 1,800. Can you believe it? She has built this 'Desi' AC for the poverty-stricken population of our country to save them from the unbearable heat during the summer season.

Kalyani is currently studying in 12th standard at Lokamanya Tilak Inter College in Jhansi. Her father Dinesh Shrivastava is a teacher in the Department of Basic Education and her mother Divya is also a teacher. While most students at her age are unable to strike a balance between the pressure of their studies and doing something creative, she sure knows how to do both. Well, let's find out how she did that. 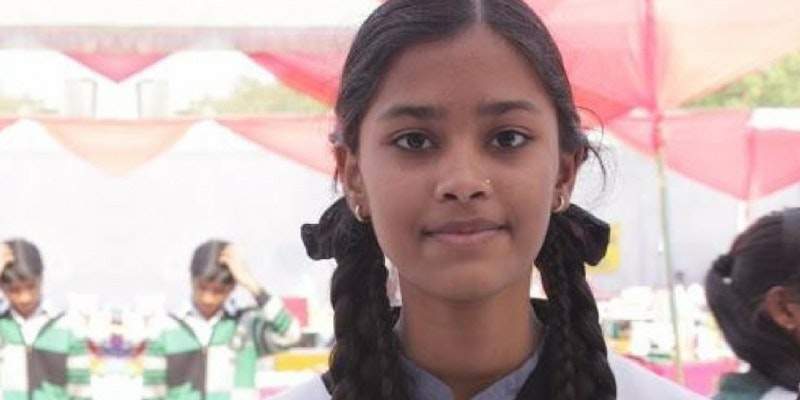 The affordable air-conditioner built by the 16-year-old has an ice box made of thermocol where the air is released from a 12 volt DC fan. During the process, cool air is then released from the elbow, resulting in a temperature drop by 4-5 degrees if the air-conditioner is being run for about an hour. The creation is built in an environment-friendly way so that it causes zero pollution. The air-conditioner works on the principle of solar energy and as a result, there is no electricity consumption and thus people do not have to worry about soaring electricity bills.

Kalyani's creation has been selected by Indian Institute of Delhi (IIT-D) for the National Level Model Competition. In 2018, she was also honoured as part of the initiative 'Naari Samman' launched by the Uttar Pradesh government in partnership with Hindi newspaper Amar Ujala. There, she was felicitated along with other women who had shown their excellence in sports, education, art, and social work. After knowing about her work, the Japanese government has also invited her to an international seminar.

Kalyani is not just a geek, but she is also a really good singer. She has also participated in the television reality show Indian Idol, where she qualified three rounds. She has won more than 50 prizes for her singing in local competitions held in Lucknow, Agra, and Kanpur.