How educated are Bengal's MLAs in 2021: More than 62 per cent have been to college

Elections are over and as the dust settles down we look at how educated and capable the candidates that West Bengal has voted for in this tumultuous poll are, at least on paper. Out of the total 292 candidates who were voted to the office by the people, 183 have at least studied in a college and graduated — this is a four-point drop from 2016 when 187 of the winners were at least graduates. A total of 116 winners have finished their undergraduate courses, 60 winners have completed their post-graduation while the number of PhD holders stands at seven. More than 62 per cent of the newly-elected MLAs are educated, at least on paper, and the number of them who have not studied beyond high school stood at 109, which is 37 per cent. Of them, 64 cleared their Class 12 board exams but did not opt for an undergraduate course while 29 of the new MLAs did not study beyond Class 10 and 16 of them did not even pass Class 10. Dalit writer and activist Manoranjan Byapari, who won from Balagarh on a TMC ticket, is technically illiterate, even though he has penned more books and articles than most of the MLAs who won this time around. 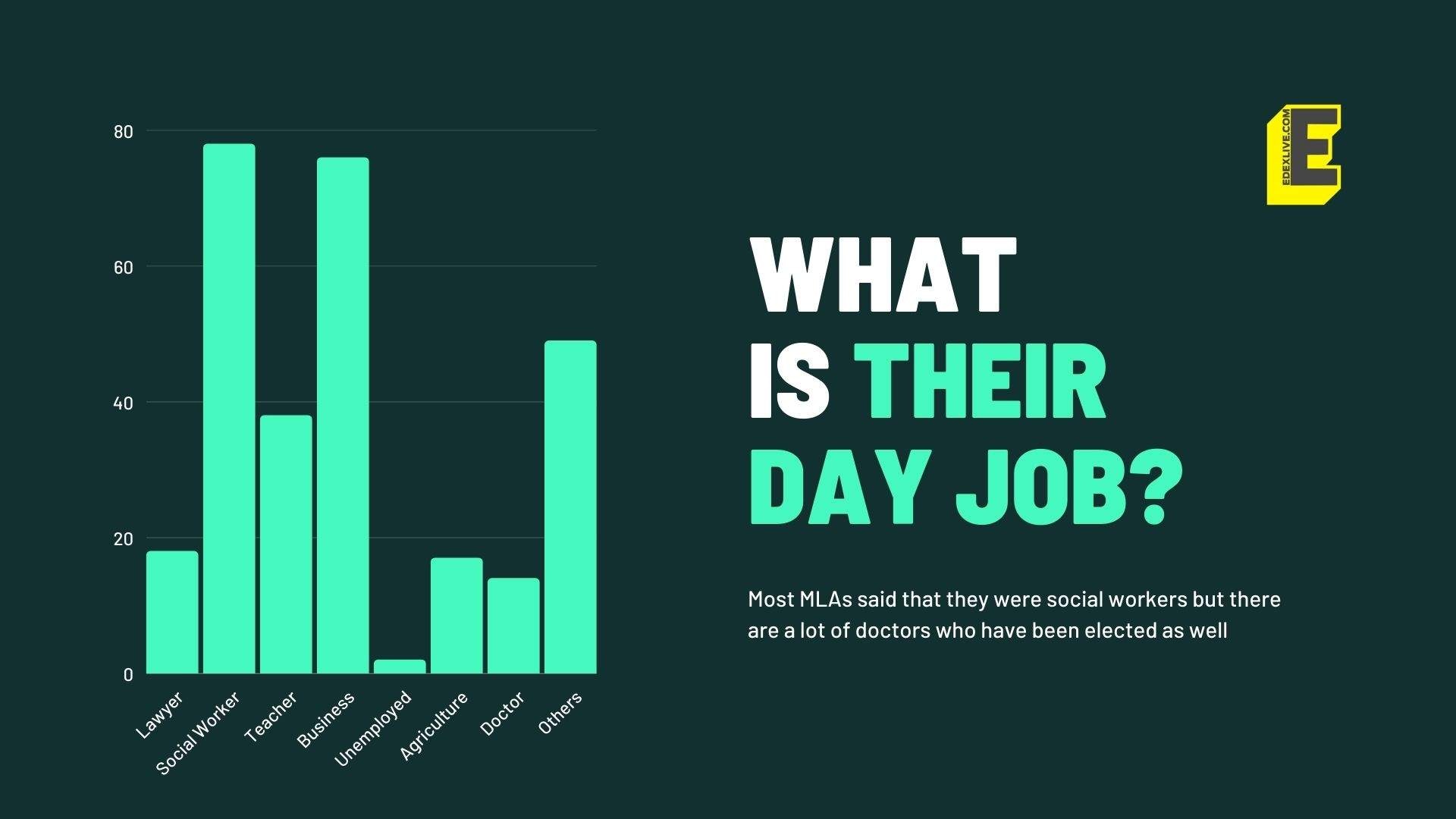 West Bengal also has an impressive set of skill sets in its new MLAs. Even though the top spots went to the usual — social worker and politician (78) and businessmen (76) — there are 38 teachers or former teachers and 14 doctors in the set of MLAs who have been voted to power in 2021. Economist Ashok Kumar Lahiri who an alumnus of the Delhi School of Economics, is the Former Chief Economic Advisor to the Government of India and is probably one of the most high profile candidates who won. Lahiri fought it out on a BJP ticket from Balurghat. This year saw West Bengal field a huge set of young candidates from every party. The youngest of them who won, Md Nawsad Siddique, contested from Bhangore on a ticket from Bihar-based Rashtriya Secular Majlis Party (RSMP) which was part of the Sanyukta Morcha. The average age of the winners stood at 54.64 — the lowest in the major state elections (Puducherry has an average of 50.23, but it also has only 30 seats, making the comparison unfair). But education is not all, so we look at the criminal cases filed against these MLAs and the highest is just 19 while only seven people have more than 10 cases against them. TMC turncoat and a major player from BJP in the state, Mukul Roy came up on top with 19 cases against him. He contested and won from Krishnanagar Uttar. West Bengal just finished one of the most exciting elections of the year. While the BJP went all-in to win over the eastern state but did not secure a majority, they did emerge as the only opposition with the Left or the Congress not securing even one seat. The counting that started at around 8 am on May 2, went on till 1.35 pm the next day before the Election Commission officially declared the result — the Mamata Banerjee-led All India Trinamool Congress won 2013 seats even though Banerjee lost to Shuvendu Adhikari in Nandigram - BJP secured 77 seats, 45 more than in 2016 and other parties got two seats.