The SGC Geyzing was set up in 2011 and even though it was allotted a campus, the first batches were started in a private building with a promise to complete the campus infrastructure by 2015

Four students from Sikkim Government College, Geyzing (SGC Geyzing) were expelled on February 19. Now, this should not be news. But the students alleged that they were expelled because they protested about the lack of infrastructure at the college in front of the Education Department in Gangtok, the state capital, and were also arrested for a brief while. The lack of infrastructure too is not minor. Apparently, the college does not have an academic building. 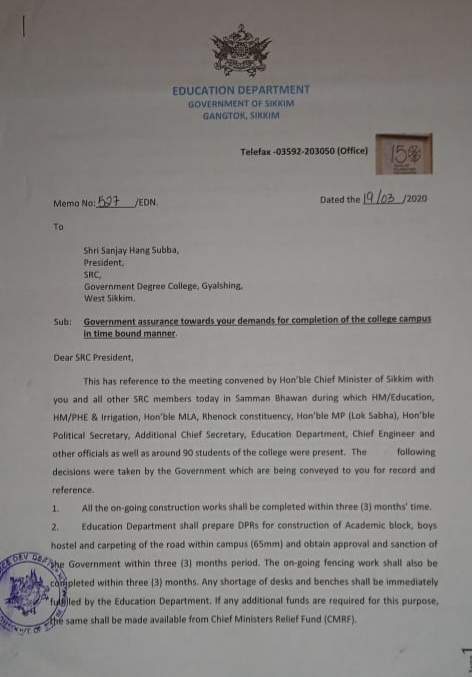 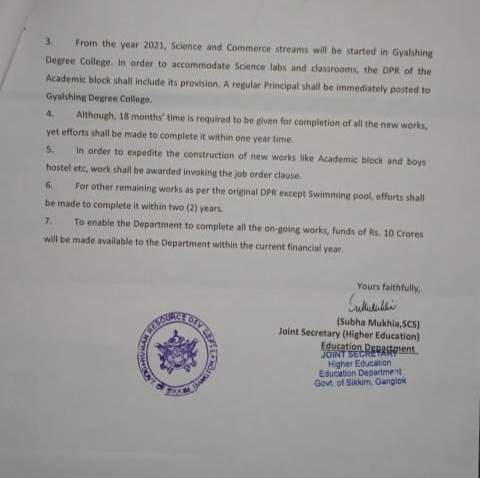 The SGC Geyzing was set up in 2011 and even though it was allotted a campus, the first batches were started in a private building with a promise to complete the campus infrastructure by 2015. It's been a decade and even till 2020 all the campus had, were three buildings — a girls' hostel, a library and a guest house. "We presented several petitions to the department and even to the minister but in vain. We then decided to protest within the college compound in March 2020," said Pravin Sharma, one of the expelled students and an integral part of the protest.  "After a few days of demonstration, the Chief Minister called us for a meeting in Gangtok. Around 30 of us went there. At the meeting, it was not just the CM but the Education Minister along with other high-level officials were also present. The Joint Secretary of Higher Education, Subha Mukhia gave us a written assurance that not only will the ongoing construction be finished within three months and the rest of it would be done in 18 months," he added.

But then COVID-19 struck. Everything was closed and the work obviously got stalled.

The students said that they were not being inconsiderate when they went to meet the Education Minister in February 2021. "We waited for months for the first phase of the work to be finished. While other work is being conducted, the government has been saying that there is no labour force available," said another student on condition of anonymity. "We simply wanted to meet the minister and ask him about the issue. We had informed him through Whatsapp messages and phone calls that we would be visiting. However, when we finally reached Gangtok on February 2 at 3 PM the minister had already left the office. We met the Principal Secretary of the Education Department, who is also the Additional Chief Secretary. But that did not help — he said that he would not be able to deal with our issues," they added.

The students spent the night at the Janta Bhavan, a shelter for travellers, where they had booked rooms for two days. But they were out of luck and were unable to meet the minister for the next two days as well. "On February 5, we visited the office again. We were drained out by now, our clothes had started to stink. We went to meet the Principal Secretary one more time. We tried our best to convince him to arrange a meeting with the minister. We said we had nowhere to go and would just wait outside. He then called the police and complained that he was being gheraoed and harassed. The police came to take him out of his office where he was not even confined to — they pushed us aside in the process and the male officers even manhandled the girls," said Pravin. 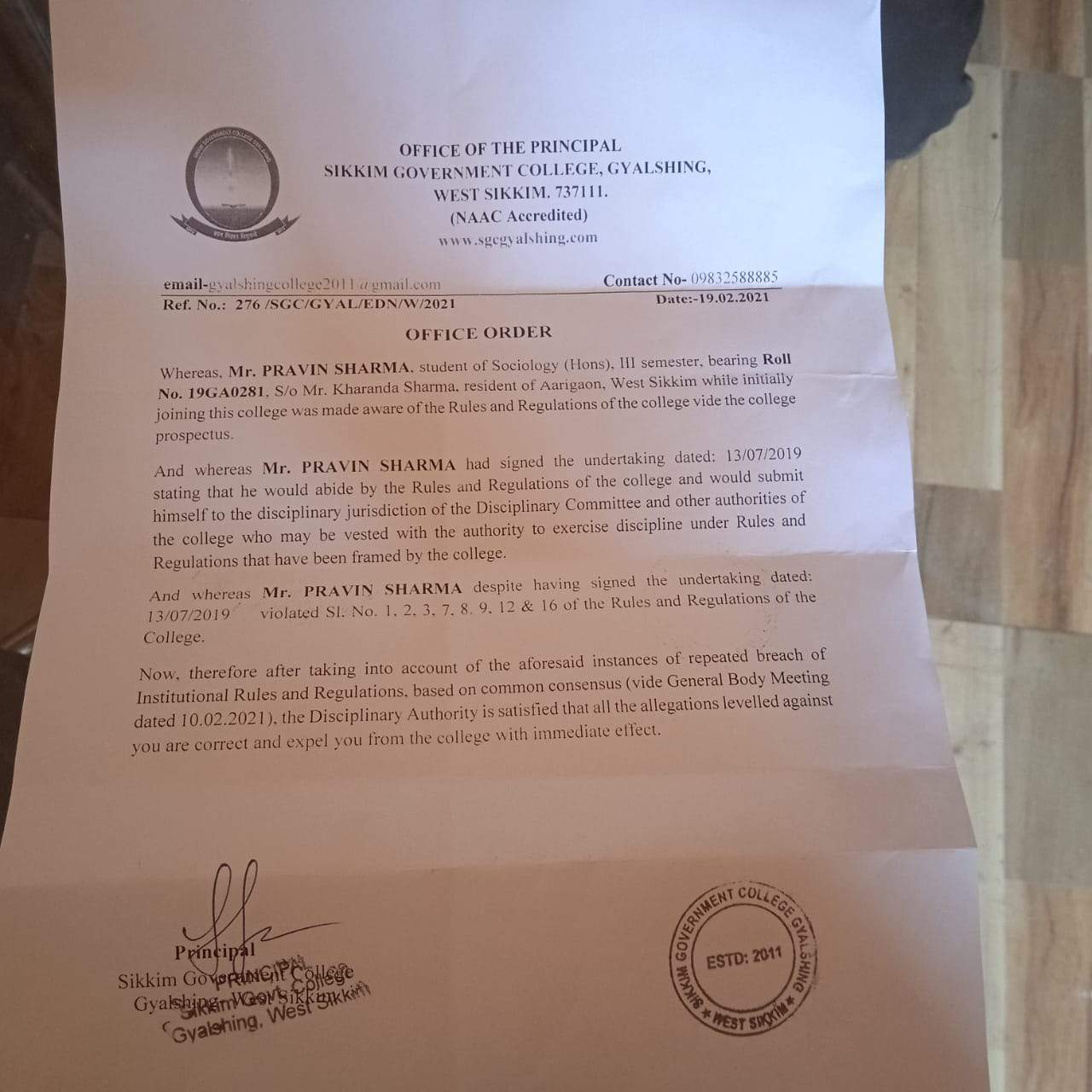 The students said that they were out of funds and arranged a room for the girls and 18 of the boys decided to spend the night on the premises of the Education Department. "However, at around 11 PM, the lights went off — it was a complete blackout. Suddenly there were police personnel everywhere and they stamped on us, took our phones and told us we were under arrest. They forcefully dragged us to their vehicles and took us to different police stations across the state. The next day we were informed that an FIR has been filed against two of us by the Principal Secretary," said Pravin. The students were released on bail at around 9 PM the next day. "The same evening the ruling party SKM called a press conference and the spokesperson of the party declared the students anti-nationals. The video of the same is widely available on the internet," he added.

Back home, back to normal?

The students soon came back to Geyzing and were back to class. They had already resumed offline classes. But the issue was not over yet. On February 19, the principal called a meeting with the parents of four students. "But this did not seem like a discussion. He just handed over the expulsion letters to us and said we have broken college rules," said Pravin. "We tried to meet the principal the next day but he booted us out saying that we don't belong to the college any more. Our friends were being supportive but now the administration is trying to manipulate them as well. But the protest is still on. The mental [pressure, though is immense. All we wanted was a proper campus," he added. The other students have been protesting against the college's decision at the institution.

Rupen Karki, the General Secretary of the Sikkim Progressive Youth Forum (SPYF) of which Pravin is also a member, said that the forum will help the students avail legal options. "The lawyer told us that there is a good chance the students will win this battle. We are going to help them file a petition this week," he said.

The institution has not replied to our queries yet. This copy will be updated once they get back.