ISRO has been desperately searching for signs of life from Vikram, but it is increasingly seeming like there may be no hope left — especially as NASA's orbiter wasn't able to spot it

Is this the end for ISRO's search for Vikram? After Chandrayaan-2 lost communication with the Vikram lander just a smidgeon away from the moon's surface, NASA has now said that they have found no evidence the lander in the images captured during the latest flyby of its Moon orbiter. The orbiter was flying past the lunar region where India's ambitious mission attempted a soft landing, the US space agency said.

On September 7, Indian Space Research Organisation (ISRO) attempted a soft landing of Vikram on the uncharted lunar south pole, before losing communication with the lander. "The Lunar Reconnaissance Orbiter imaged the area of the targeted Chandrayaan-2 Vikram landing site on October 14 but did not observe any evidence of the lander," Noah Edward Petro, the Project Scientist for the LRO mission, told PTI. Image of the moon shot by Chandrayaan-2

Petro said that the camera team carefully examined the images and employed the change detection technique — using a ratio of an image from prior to the landing attempt to the one acquired on October 14. This approach, he said, is used for finding new meteorite impacts on the Moon that also helped locate the recent Beresheet lander.

Because of the low latitude, approximately 70 degrees south, the area is never completely free of shadows, John Keller, Deputy Project Scientist LRO Mission said. "It is possible that Vikram is located in a shadow or outside of the search area. During its previous flyby, the LRO passed over the landing site on September 17 and acquired a set of high-resolution images of the area. 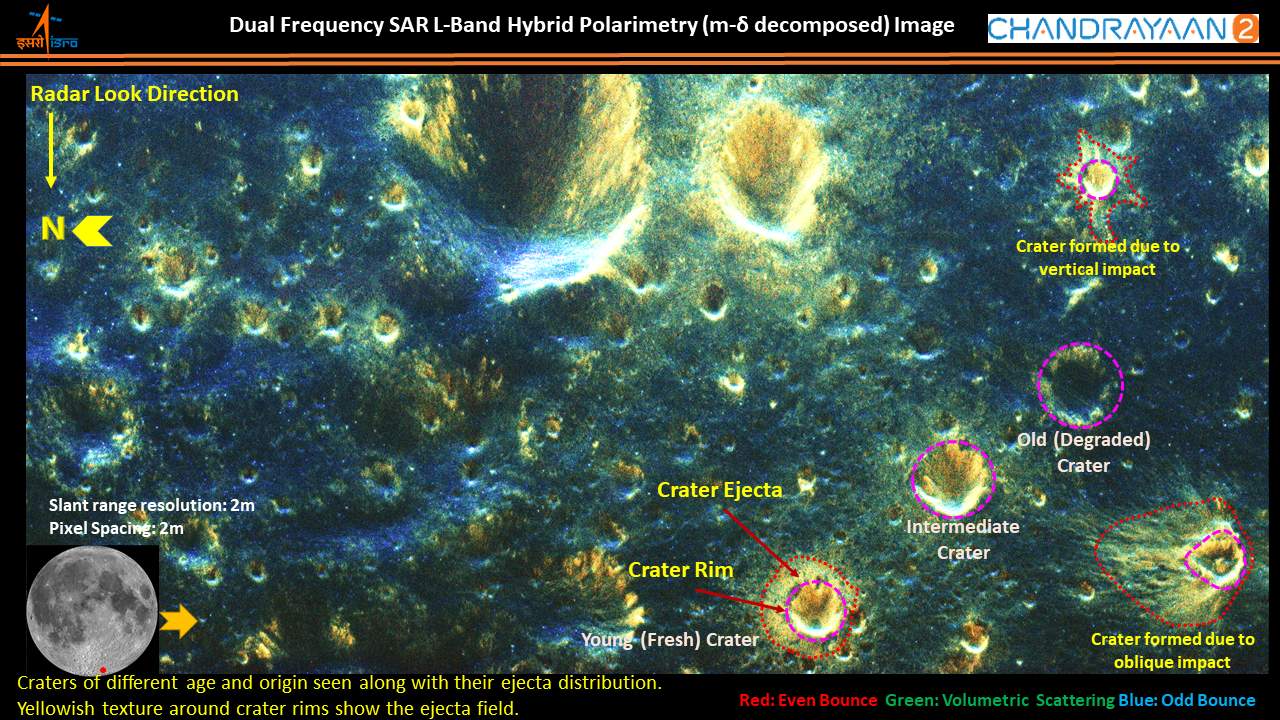 The LRO team had not been able to locate or image the lander even then. Vikram attempted landing on a small patch of lunar highland smooth plains between Simpelius N and Manzinus C craters before losing communication with ISRO. Chandrayaan has been continuously studying the surface of the moon and conducting spectroscopic studies and sending back data at frequent intervals.