Remember this 'bloody' face from JNU protest? He isn't even a student anymore

Sandip Luis's blood-smeared face was all over Twitter and Facebook on Monday. Sandip was one of the protestors injured in the scuffle with the Delhi Police as the students of the Jawaharlal Nehru University took to the streets of Delhi. They were marching to the Parliament to bring the fee hike to the Parliament's attention.

Sandip was awarded his PhD in 2018. He came back to the JNU campus on Monday to join his juniors in their protest against the draft hostel manual and massive fee hike at the varsity — he went back home with seven stitches on his head

"I was here today to show my solidarity and support for the cause. We were marching out of the campus when the police stopped us at the second barricade near the Kendriya Vidyalaya in JNU," recollects Sandip who has been in JNU for the past seven years and completed his MPhil and PhD from the School of Arts and Aesthetics. "A physical altercation broke out and before I knew it was on the ground and my head was bleeding. The police did take me to the Safdarjung Hospital along with a few other students but that's all they did. They basically dumped me there," said Sandip who works at the Kiran Nadar Museum of Art in Delhi.

If it wasn't for his friends, Sandip said, he would have been lost in the hospital. "I had to go and get my CT Scan done to ensure I did not suffer an internal haemorrhage. My friends were the only ones who were there for me," he added. "We need to take the protest to the national level. Support has been pouring in from other universities and IITs across the country. This is not something that affects JNU alone. It is about our right to affordable education," said Sandip. 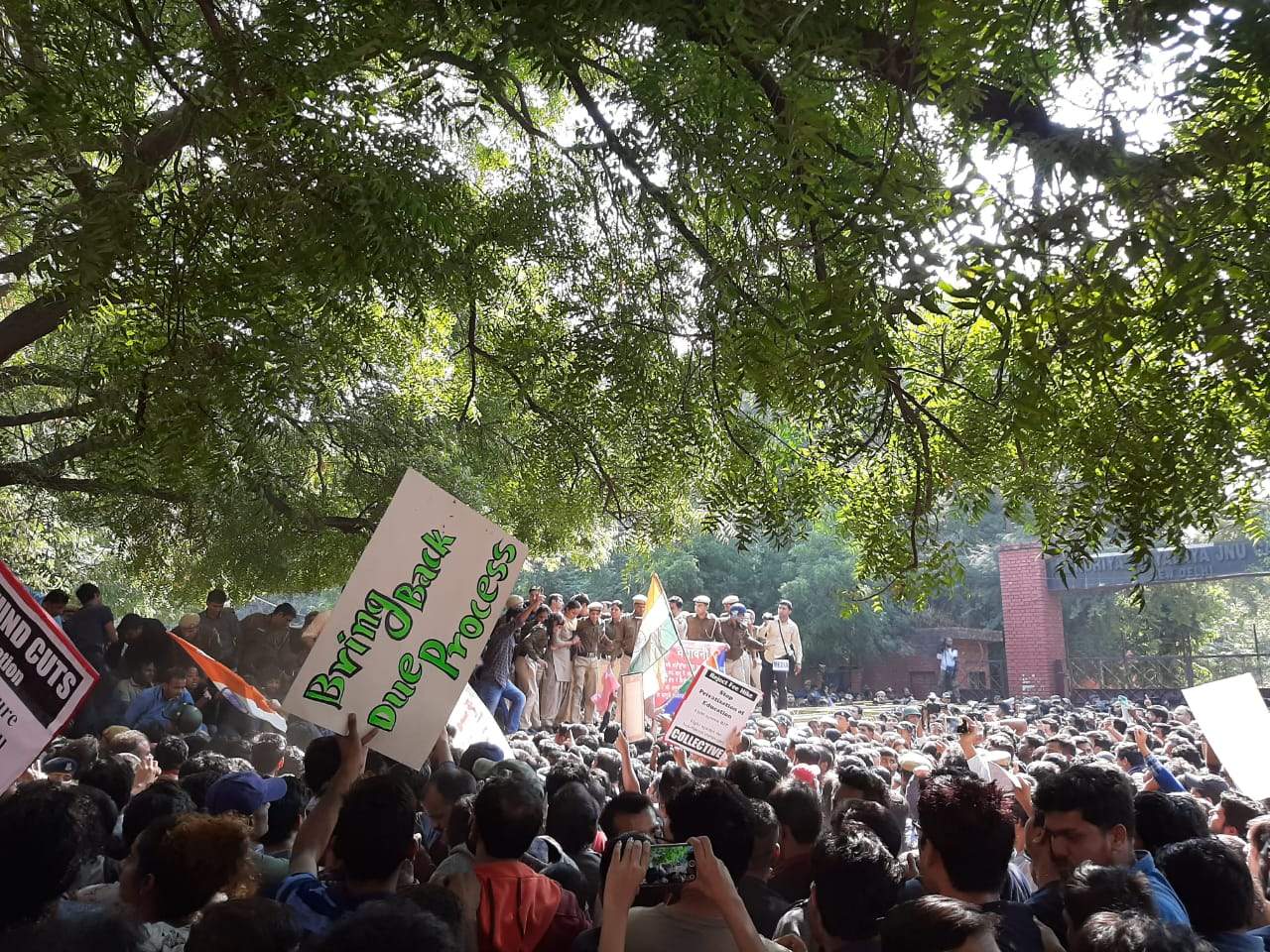 The students rocked the national capital with a march to the Parliament that ended in chaos — as their leaders were detained and carted away by the police. This happened despite the police declaring Section 144 around the campus and shutting the gates of the varsity by barricading the entrances with swathes of police personnel on Monday morning. After they were allowed to march, at around 11.30 am, students were seen on the streets of the national capital exactly a week after their massive protest outside the AICTE auditorium against the draft hostel manual and massive fee hike. JNUSU President Aishe Ghosh was released around 5 pm along with other students.