The JNUSU had called for a united march across the streets of Delhi on November 18, 2019, to 'save public institutions of higher education'

Section 144 has been imposed around the Parliament and the students of the Jawaharlal Nehru University, who were set to march to the Parliament today, have been allegedly boxed inside the university. But sources said that the JNU Students' Union is reasoning with the Delhi Police personnel at the scene and that the march will commence shortly. 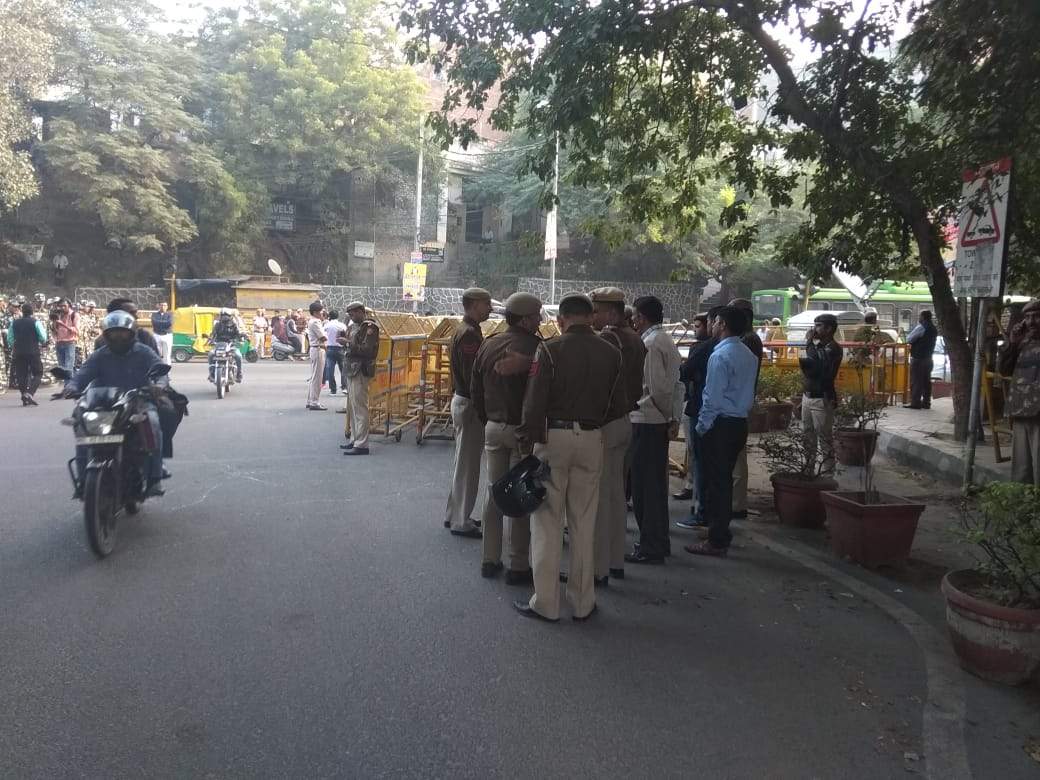 The police had the area barricaded and had also deployed paramilitary forces to seal the university gates just before the march was supposed to start at 11 am. "The JNUSU is talking to the police. We have told them that it is a peaceful rally and they are almost halfway there to let us continue at least half the stretch," said Apeksha Priyadarshini, member of BASO.

The JNUSU had called for a united march across the streets of Delhi on November 18, 2019, "to save public institutions of higher education". "At a time when fee hikes are rampant across the country, students have emerged as the first line of defence for inclusive education. We invite all students of Delhi, to join us as we march on foot from JNU to the Parliament on the first day of the winter session of the Parliament. We also would like to appeal to students outside Delhi to organize protest gatherings on the November 18 to mark a National Day of Protest, to safeguard education as a right, and oppose its transformation into a commodity," said Aishe Ghosh, President, JNUSU.

The intervention of the MHRD minister Ramesh Pohriyal in the issue and the subsequent announcement of the "major rollback" of fees have been making headlines for the past week and the students say that this only shows that the MHRD and the JNU administration are "two sides of the same coin". They also made it clear that the JNUSU will not retreat. "JNU is poised upon the brink of destruction because if the JNU admin has its way, fees shall rise by more than 1100 per cent making it the most expensive Central University in India. Adding fuel to the fire is the complete omission of the reservation policies in hostel allotment process that have to ensure social justice on the campus. Furthermore, the administration plans, through the newly passed manual, to criminalise dissent, with punishments for any form of protest punishable by hefty fines and rustication from the university," said Saket Moon, Vice-President, JNUSU.