The rationale that teachers of the Sanskrit Vidya Dharm Vigyan (SVDV) of the Banaras Hindu University have given to support its students' protests when a non-Hindu (in this case Muslim) man, Dr Firoz Khan, was appointed to the post of an Assistant Professor is this: It's not just a Sanskrit department, it deals with religious sciences or Dharm Vigyan, said a very senior member of the department, explaining why he thinks the students are not happy with the decision.

This, despite the fact that senior professor Dr Umakant Chaturvedi kept harping on the fact that Dr Khan, who was appointed to the vacancy reserved for Other Backward Classes (OBC), was appointed by following the University Grants Commission (UGC) rules and the BHU Act in toto. "The Deans have followed all the necessary regulations and then Dr Khan was selected through proper channels," said Dr Chaturvedi. When asked whether his religion affects the academic quality of a teacher, he also said that Dr Firoz Khan was selected through proper channels — which means his selection was based on his merit. 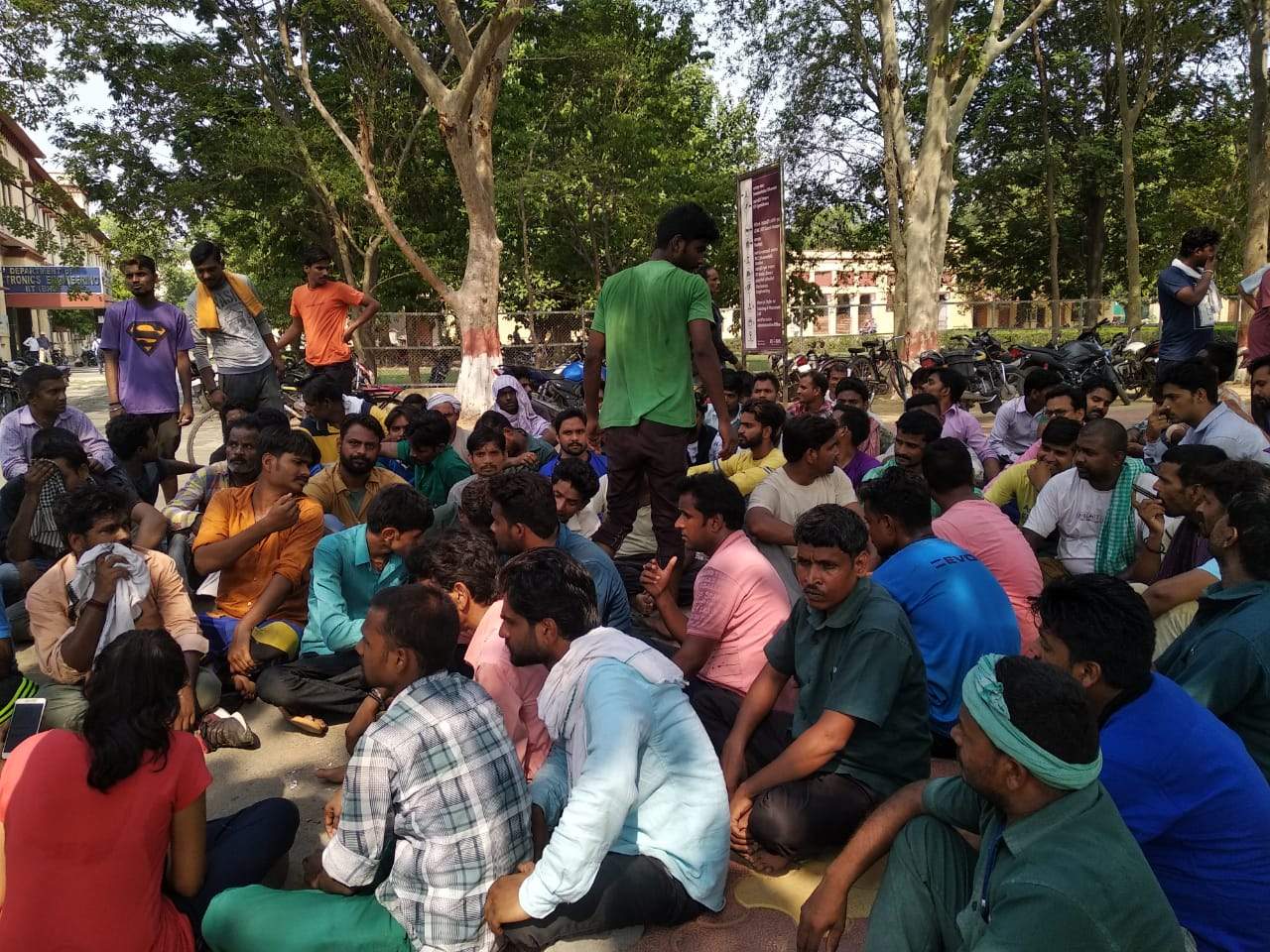 Another professor said that even though he is yet to assess the events first-hand, he thought he understood why the students are protesting, "I understand why they have a problem. This is not just any Sanskrit department, we work on Dharma Vigyan and Pandit Madan Mohan Malviya himself said that the intention of setting up this institute was to preserve and propagate the Sanatan Dharma. I do not think the appointment of a non-Hindu man would have been a problem in any other Sanskrit department or for that matter any department"

Research scholars and students of the department started a sit-in protest at Holkar Bhawan near the Vice-Chancellor's residence on the varsity campus from Thursday. Adopting traditional methods of protests, the students played musical instruments to attract attention to their demand. They are insistently demanding the cancellation of the appointment of a 'non-Hindu'. The protestors, in a letter to the BHU VC Rakesh Bhatnagar, have claimed that the varsity's founder, late Pandit Madan Mohan Malviya had termed the SVDV faculty as the heart of the varsity. "The stone plate of the faculty also contains the message that this institution is for cultural, religious, historical debates and discussion of Sanatan Hindus and their direct or indirect branches like Arya Samaj, Buddh, Jain, Sikh, etc," the letter pointed out. The protestors said that despite knowing all these facts, a 'non-Hindu' has been appointed, which seems to be a conspiracy. They allege that as the new appointment is against the soul and spirit of the institution, it should be cancelled immediately.

BHU spokesman Rajesh Singh said that the appointment was confirmed following an interview in the Sahitya or literature department of the faculty of SVDV. "The varsity has made the appointment as per the UGC rules and the BHU Act, in which discrimination on the basis of caste and creed has no place. The appointment has been made with full transparency and only on the basis of the eligibility of the candidate." However, he declined to comment on the protests