Union Budget 2019: Expenditure on education has been low throughout first phase of NDA, says Economic Survey

The ‘Economic Survey of India 2018-19' says that India has spent only 3 per cent of its Gross Domestic Product on education last fiscal year. But survey's data is 1.6 per cent short of what former Education Minister Prakash Javdekar had claimed in March 2019. The educational expenditure (as a percentage of GDP) has been on a downward trend for the past decade and has remained almost the same throughout the NDA-I regime. 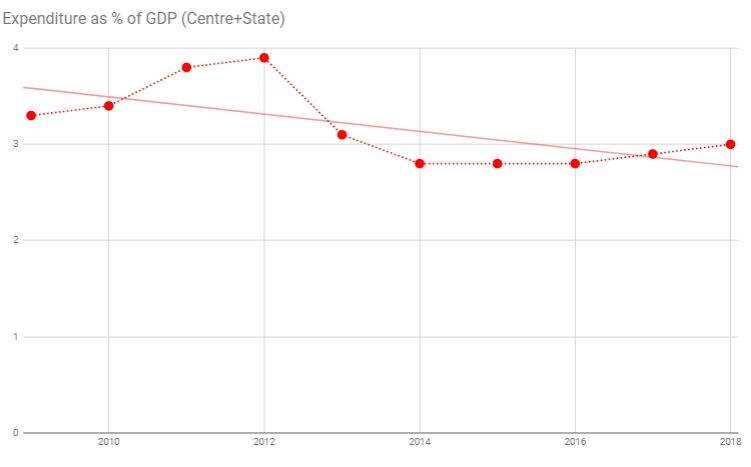 According to the previous year's survey, the total government expenditure (both Centre and State) was only a mere 2.9 per cent of the GDP. In fact, the expenditure on education dropped to 2.8 per cent of GDP in 2014-15 after the BJP-led NDA came to power and since then the number has not gone past the 3 per cent mark.

The gross amount allocated in a budget for the education sector might have increased over the years in absolute terms but it has reduced as a proportion of the GDP. Not only that, but the rate of increase of the budget allocation has also gone down since 2015 when it came down from the previous year's (2014) allocation of Rs 70,505 crore to Rs 69,074 crore — a 2.07 per cent drop. 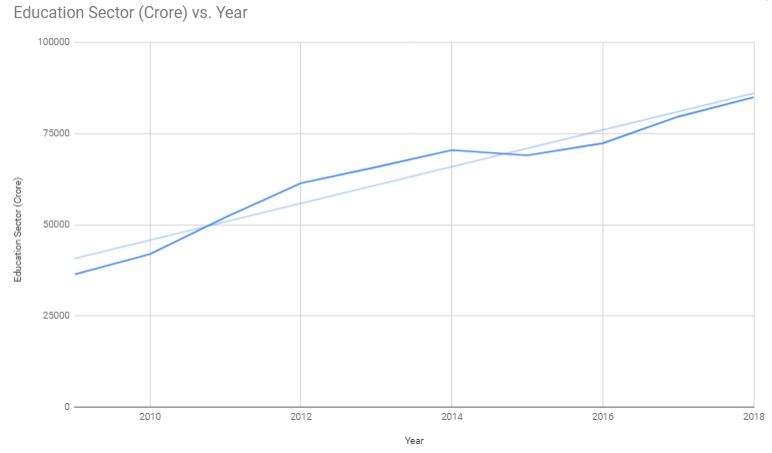 The survey says that public investments in "social infrastructure like education, health, housing and connectivity is critical for inclusive development" and that there has been "substantial progress" in education which is reflected in "the improvements in Gross Enrolment Ratios, Gender Parity Indices and learning outcomes at primary school levels". The government has plans to promote skill development and employment generation as well.

The government has time and again spoken about India's need for better education and the increasing number of IITs, IIMs and the Institutes of Eminence but does not seem to be allocating funds or spending to that effect. We can only hope that Nirmala Sitharaman's first tryst with the Union Budget of India turns the statements into data.