Nandini Gangadhara is starring in Mahesh Babu's next and surely, it's not just luck at play here

Luck can only take you so far, but what sustains you is hard work. That is why we disagree with Nandini Gangadhara when tells us that it was luck that landed her a supporting role in the Mahesh Babu and Kiara Advani-starrer, Bharat Ane Nenu. From being someone who had never dreamt of acting to landing a role in a movie with the heartthrob of Telugu cinema, the 22-year-old says, "I feel like my life is a movie, it's unreal. But I have decided to simply go with the flow."

I have always been a rebel though I come from a very orthodox family. They always knew I will do something unique

Though she is currently working with Uber in the policy and governance division, her acting stint started with a web series called Lol of Please, directed by Abhishek Maharshi (who is currently working with powerstar, Pawan Kalyan) which started in November last year. Then came, what we like to call the breakthrough. A concept video by 70MM Entertainments in August alongside Taapsee Pannu for which she was referred. It was the first time she was acting with a celebrity, which made her quite nervous. But Taapsee was a delight to work with, says Nandini. "She gave me tips and advised me to be natural, and opt for roles that give me more scope to act," says the K G Reddy College of Engineering and Technology graduate. 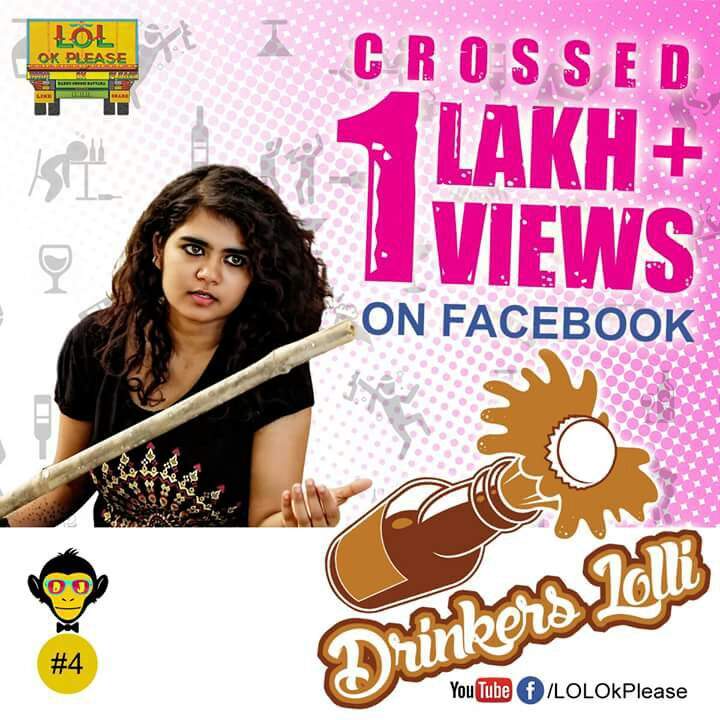 Poster girl: One of Nandini's posters from the webseries Lol Ok Please

From one star to another, her experience on the sets of Bharat Ane Nenu and its lead Mahesh Babu has also been very memorable. Speaking about the actor, she says, "He is a perfectionist and has absolutely no airs about him. He also makes sure everyone is comfortable on set." And when it comes to Kiara Advani, whose friend Nandini plays in the movie, "She is a total sweetheart," says Nandini, adding, "We talk and take selfies on set," she tells us. We envy her, and with that we wish her well.