The Bhakti Mathur interview: Author of the 'Amma...' series is giving kids a guided tour of India's holiest places without making them too religious

The author of the Amma, Tell Me Why series, Bhakti Mathur, is out with her latest series which gives a guided tour of the holy places in India and the first being Amritsar's Golden Temple

What could SRK’s youngest child AbRam, author Bhakti Mathur and I possibly have in common? Not good looks (alas!) or a great fan following certainly! What we have in common is a part of our childhood — we’ve all had stories narrated to us by our loved ones. Whether they are narrated by SRK to his son as a lesson, or as an after-school delight for Bhakti Mathur or by my father as I was being tucked into bed, every night, stories like the Mahabharata and Ramayana have stayed with us.

And with this common ground, I send a few questions to Bhakti Mathur, the author who is best known for her bestselling, self-published children’s book series Amma, Tell Me Why. If her last book series attempted to decode Indian festivals and mythology, the latest one, published by Penguin — Amma, Take Me — and is fashioned as a travelogue, takes us on a guided tour of the holy places in India. And the first of the series is Amma, Take Me to the Golden Temple.

To write this book, the Hong Kong-based author had travelled to the famed Golden Temple in Amritsar with her family including her two sons, seven-year-old Shiv and nine-year-old Veer, whom she calls her ‘guinea pigs’ as they serve as her story consultants, rather blunt at times. “Many times when I am reading a draft of a story to them, they will suddenly lose focus or even get up and wander away, which is a sure sign that that particular section needs reworking,” she tells us. For this book, they accompanied her to the temple and almost all the questions they asked her, like ‘How can a book be a Guru?’, ‘What does guru mean?’ and so on, are what form the narrative of the book. “They were vital in the writing process and made my job much easier,” she admits. We ask her more about her book, God, and the declining tradition of narrating stories, of which we are proud products.

Excerpts from our conversation: 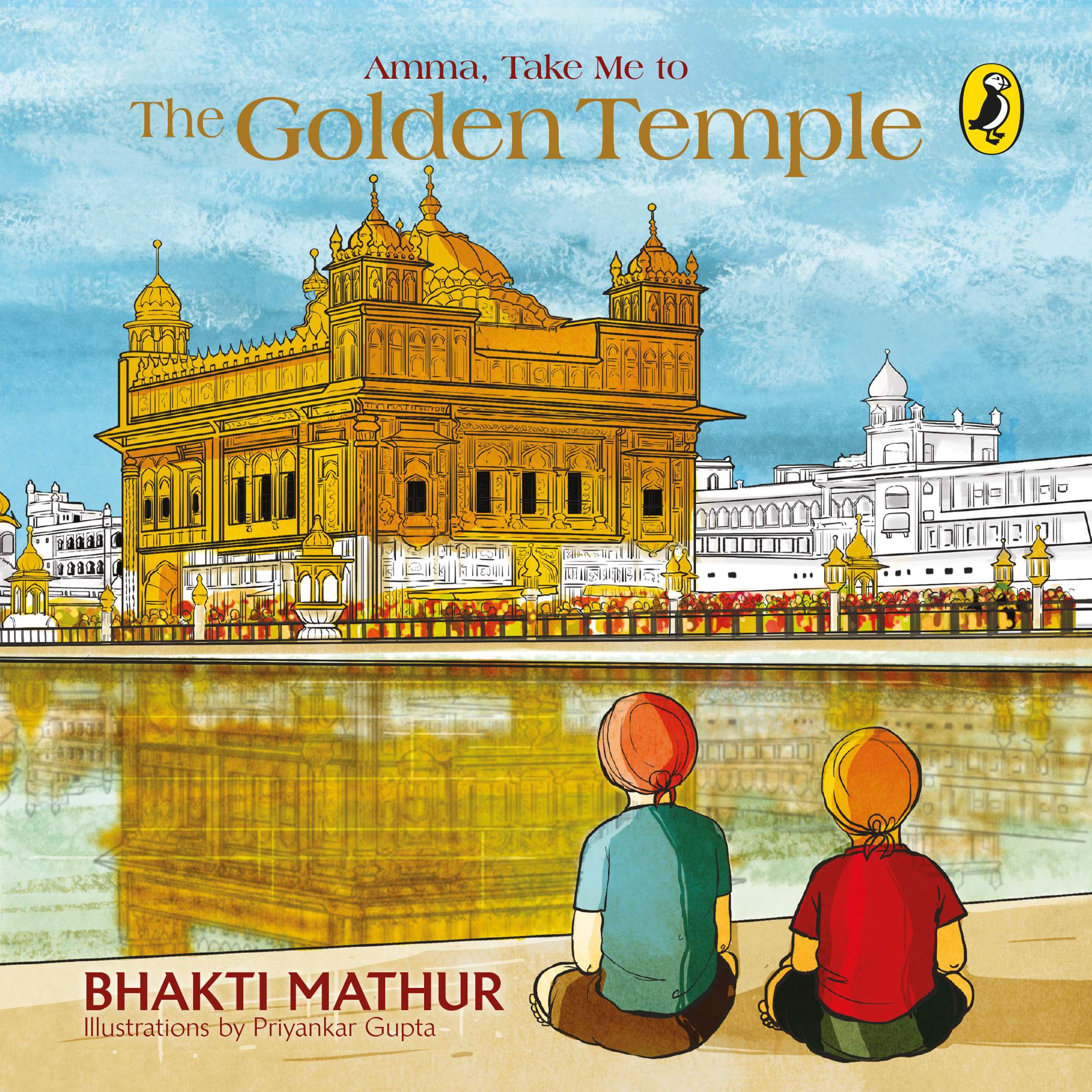 Holy Sight: There are 11 books in the Amma, Tell Me series

Beginnings of a classic love affair
My love for books started at a young age. My mother was a librarian and I would spend many hours in her library as a child. I suppose libraries are great and inexpensive babysitters. I remember I would spend my entire summer holidays devouring books and I think that’s where the love affair with books started. I also had a nanny who would tell me tales from the Ramayana and the Mahabharata for hours every day after I returned from school. They were the most fascinating of stories about gods and goddesses, great kings, and daring heroes and their triumphs over the most evil of adversaries. That’s where the love of mythology took root.

Same difference, really
I don’t think the present generation has heard stories the way we did. We heard them from grandparents, parents, older relatives, priests at festivals or pujas, or even as a good bedtime story. Now with nuclear families on the rise and time crunches, there is just less time spent on storytelling. Television and cinema are a substitute and mythology is a genre that has proven to be popular. So I do think that today’s children are exposed to the subject, but just not in the same way and maybe not to the same extent.

The oral tradition of storytelling which our generation was exposed to, particularly when it came to mythology — that is the tradition I am looking to keep alive with my series
Bhakti Mathur, Author

What about Blue Star?
It was a conscious decision to leave out the details of Operation Blue Star in Amma, Take Me to The Golden Temple. It remains a politically divisive issue and a pretty complex one. I felt it wasn’t suitable for children and beyond the scope of the book. There is a reference to the destruction of the Golden Temple in the book over the centuries by Afghan Raiders and the Mughals. I have used these references to emphasise the resilience of the Sikhs and how they came back stronger each time. One-woman Army: To publish Amma, Tell Me Mathur set up her own publishing company

Because old is always gold
As a mother of two hyperactive young boys, I know that the only way I can hold their attention at bedtime is a good story. And stories from Indian mythology never fail me in this regard. Which modern tale can boast characters with the stature of mythological ones — the gods incarnate, the mighty kings, the learned sages and the fearsome demons? I find them to be perfectly crafted stories and when I come to think of it, they have to be, otherwise, they would never have survived the ages, passed on from generation to generation, many a time in warm beds similar to ours. But a bigger reason for the relevance of these stories even in today’s age is that the values they imbibe are universal values that we all want our children to possess — courage, determination, perseverance, generosity, morality, and right versus wrong. The focus of my books is always to emphasise these values and is never overtly religious.

Some of the plethora of books Mathur referred to while writing the book were Founder of the Khalsa by Amardeep Dahiya, The Sikh Gurus by Harish Dhillon and Sikh Gurus by K S Duggal

Two to tango
As a self-published author, writing is the easiest part. There are other things to handle like finding an illustrator, getting the book printed, deciding the pricing, finding distributors in different markets, and marketing the book. It is like running a small business. Self-publishing has been an extremely enriching experience for me. When you work with a publisher, a lot of things are taken care of, leaving you with the time to focus on writing. But financially, it is less rewarding as the publishers pay a fixed royalty as compared to self-publishing where all the profits or losses are yours.