He had to switch countries. What this 18-year-old did next will stun you: He wrote NASA a thesis on how to connect Earth and the Moon with an elevator

Shuttling between his mother in Hyderabad and his grandparents in Chennai, Sai Kiran P stunned the scientists with his detailed life-in-spaceproposal that won him the NASA Ames contest

Sample this: Moon has a lunar base with equipment and modules, spaceships, temporary habitats,and a space habitat where people grow food,rear cattle, work in industries – essentially life  in spaceis akin to what it is on earth. For shuttling and transportation between the Moon– Space – Space Habitat and the Earth – Space – Space Habitat, there are elevators!

And this is not a description of a scene from a sci-fi movie, but a project designed by a school student that has won second place in the annual NASA Ames Space Settlement Contest 2017. Inspired by interplanetary travel and life in space in sci-fi movies, 18-year-old Sai Kiran P has proposed to‘Connecting Moon – Earth and Space’ via elevators, and HUMIEU (HUMan Existence In Universe) Space Habitats.

Born in Hyderabad, Sai spent his formative years in Singapore where he lived until class 9 and then moved back to the city, where he studied in Gitanjali Public School, for a year. Currently, living in Chennai, this class 12 student of The British International School, says his unswerving desire to participate in the NASA contest since class 9 had had not been dented despite him having to shuttle between  cities and even across countries. "It was my mother's desire to see me win this competition. Soon it grew up on me too. I knew I had to do it," he says.

Earth to Moon, one floor at a time 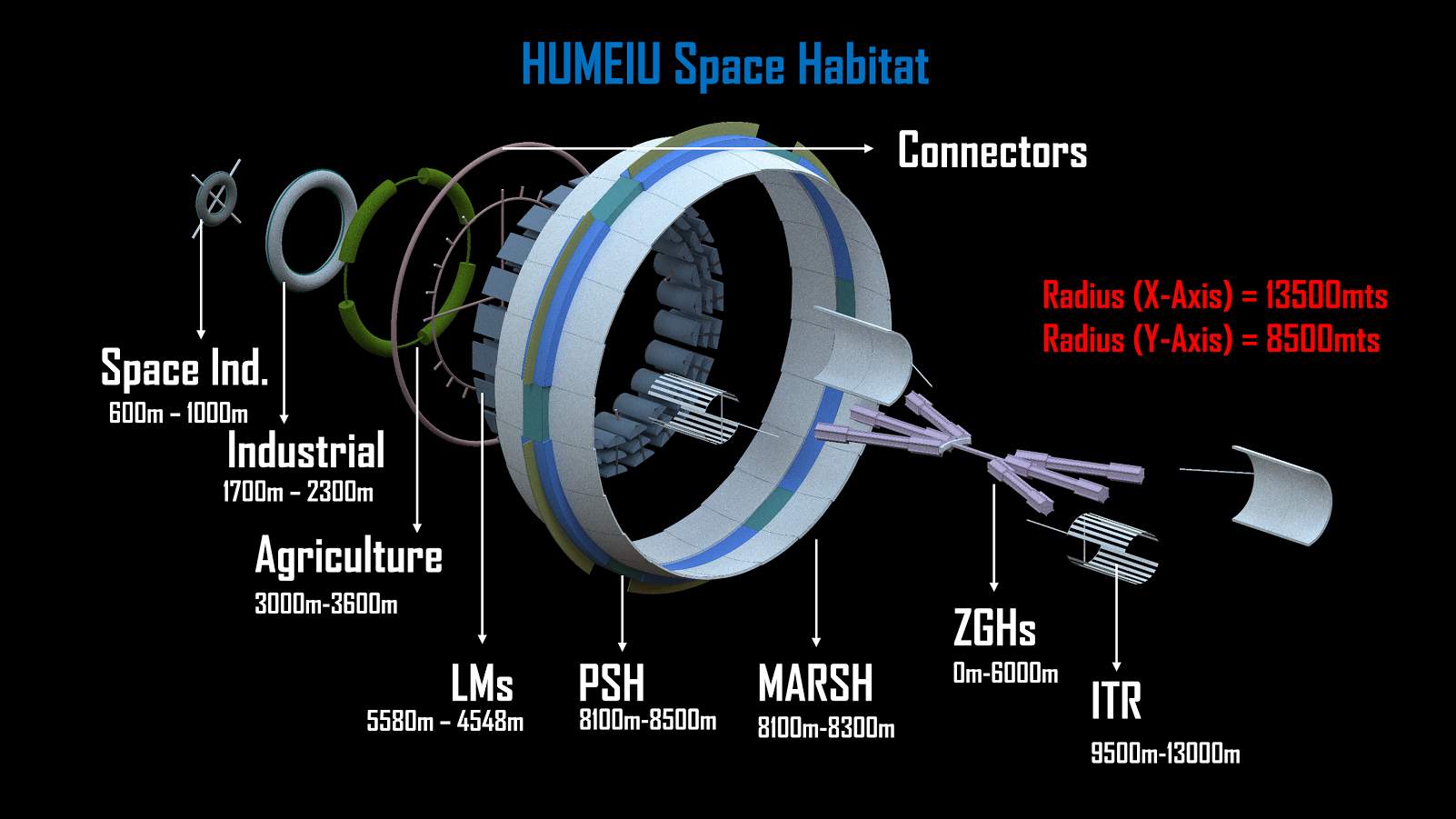 Sai's thesis, 'Connecting Moon, Earth, and Space’ and ‘HUMEIU Space Habitats’ proposes to make the Outer Spacehabitable (thru HUMIEU Space Habitats) for over

30, 00, 000 people, with the use of advanced social and technological infrastructure. Besides houses, there is also scope for agriculture, food production, industry, governance and even entertainment. Resources like water and other essential gases for the artificial atmosphere in the space habitat would be obtained by an asteroid and lunar mining. In the case of emergency, the evacuation can be done within seven minutes.

"The elevators would be similar to our general elevators, only with the exception that,one set of the anchoring point would be close to the moon’s South and North Poles, with an asteroid or Solar Based Power System being the counterweight, in case of LBSE – Lunar Based Space Elevator, which extends 250,000 from Lunar Surface into outer space" he says. “The EBSE – Earth Based Space Elevator would extend up to 100,000 km for the Earth’s surface, anchored to a moving sea platform along the earth’s equator, and counterweight on the other end in space.” He adds that while the laws used in the project are basic, the project made him realize that the simplest things are the most complex. It's little wonder that he spent over 1,000 hours spanning over four months to complete the project. "This includes one whole month of missing school too. I didn't tell anyone except my family and mentor that I was participating in this competition. But now that I have won, I hope they will overlook my absenteeism," said Sai, who is also a trained pianist, badminton player and swimmer.

Besides, involving science, technology, engineering and mathematics Sai found subjects like social science, economics, and even law, art, and literature to be an integral part of the NASA competition. Living away from my mother, and in a city whose language and culture I knew little about wasn’t easy. My preparation for the project was put in the cold storage due to my class 10 exams and thereafter because I had shifted base from Hyderabad to Chennai

In 2013, as a ninth grader while Sai was researching ways to create houses and sustain life in Space, destiny, was making different plans for him. He had to leave Singapore and return to Hyderabad with his mother and younger sibling. The turmoil in his life didn't end there. A year later, after class 10,  he had to move to Chennai to stay with his paternal grandmother, while his father continued to work in Singapore. “A few months before I attended my Class 11 examinations, I made a firm resolve to finally undertake and complete the project this academic year. I took the plunge and prepared my project,” recalls Sai.

He admits that had his life not taken the turn it took in 2013, he would have completed the project in class 9 itself. Calling the changes 'hiccups in life', Sai says they could never dent his passion; it only made him stronger. “It took time, but my mother’s dream of seeing me win the competition never left me,” he adds.

Mom and me: To the Moon and back

Hundreds of miles away, Sai’s mother Srivani Poranki too made sure she was there for her son whenever he needed her.  ‘”Without my mother, it would have been next to impossible for me to even think of completing this project. I wouldn't have been able to submit the project on time, by taking the printouts and couriering it from Chennai, given my limitations. When my mother got to know this, she asked me to send her the project via email. She then took the printouts and somehow managed to courier them at 9 pm, when the last courier service leaves from Hyderabad, “says an emotional Sai. 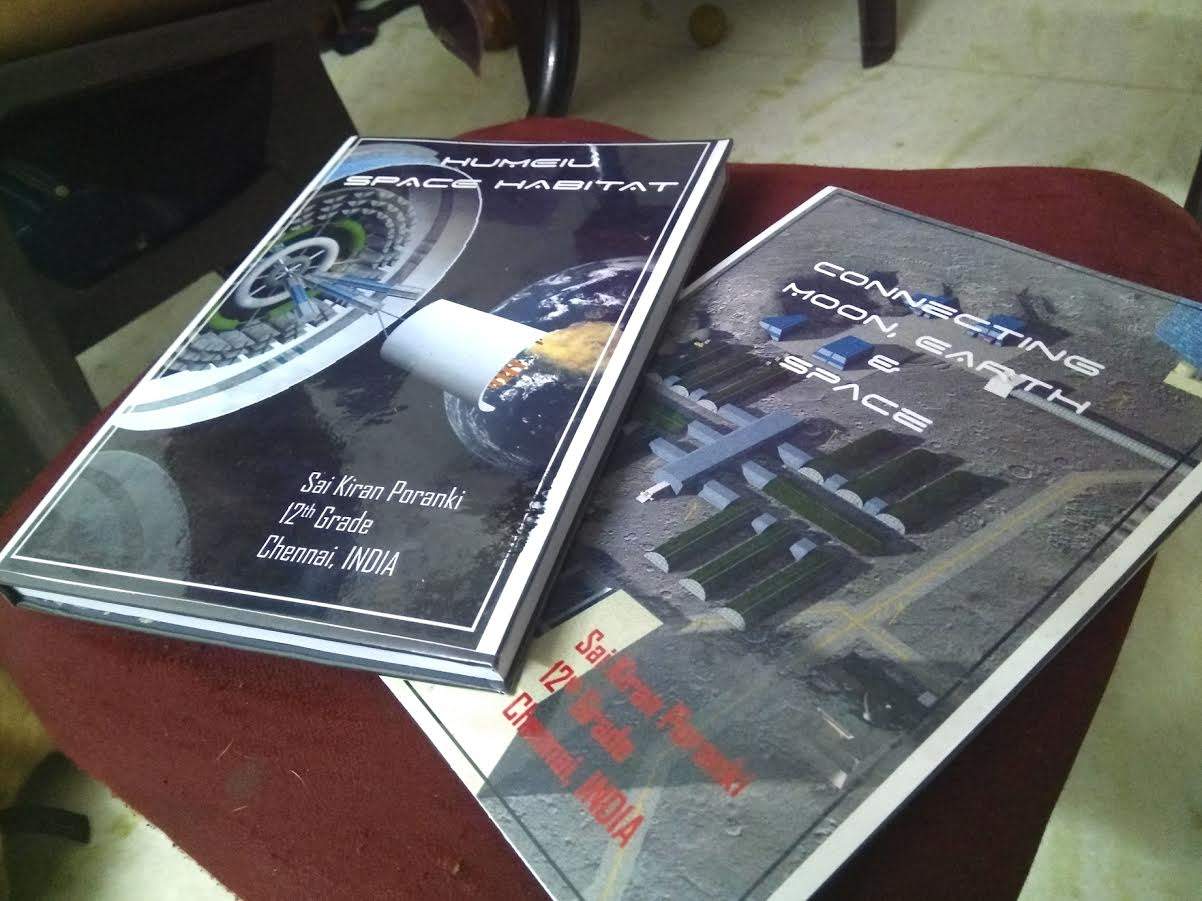 With little encouragement from his father, and away from his support system, the 18-year-old has sensible advice for his peers and those aspiring for the NASA contest. "Don't let anyone discourage you — be it circumstances in life or people around you. People mocked me, they didn't have a word of encouragement for me, but I believed in my dreams and made it possible," he says solemnly.

His project describes a pathway for inhabiting the moon as a successful and realistic space habitat system. This year, he is one of four Indians to have won in the individual category, for his proposal.