One of India’s pioneering innovation ecosystems, Hyderabad-based T-Hub is putting all its weight behind start-ups to help them pull through this difficult time. We find out more about it

Once upon a time, before the great war of Mahabharata was about to begin, brothers yet mortal enemies Duryodhana (Kaurava, antagonist) and Arjuna (Pandava, protagonist) approached Lord Krishna with the same request, that Krishna be on their side during the battle. But Krishna turned the tables on them by saying that they could either have him on their side or his mighty army. Duryodhana jumped at the opportunity and chose Krishna’s army while Arjuna very happily settled with Krishna. And we all know how that went down and who won the war.

Today, the world is at war again, with a pandemic. There are many casualties, apart from human lives, and start-ups are one of them. For instance, take the recent Nasscom report that found that around 60 per cent of all B2C start-ups are facing closure. In such a scenario, T-Hub, one of India’s pioneering innovation ecosystems, wants to be for the start-ups what Lord Krishna was to the Pandavas and lead them to victory. "Some start-ups want money and resources. While those are paramount too, it will work only when it is given at the right place and the right time. We want to play the role of Lord Krishna so that we can help them make the right decisions and take advantage of the opportunity," says CEO of T-Hub and Chief Innovation Officer of the State of Telangana, Ravi Narayan. 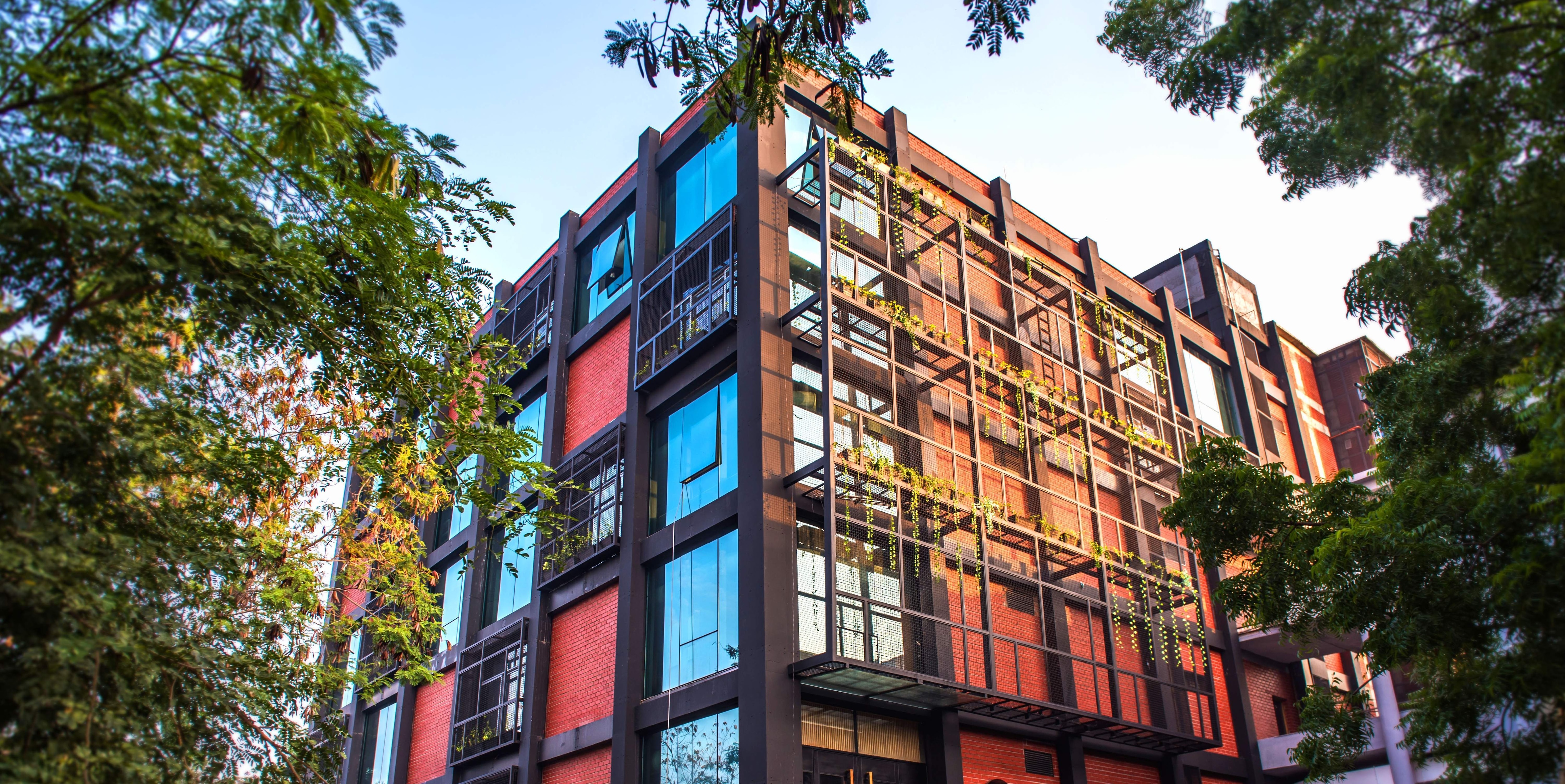 It's been a long way
Since its establishment in 2015, T-Hub has assisted over 4,000 start-ups with talent, mentors, customers, investors and so much more. Ravi Narayan, who was formerly Global Director of Microsoft for Start-ups, was crowned the CEO in January 2019 and in March 2020, became the Chief Innovation Officer of Telangana. Since his entry, the IIT Madras alumnus has attempted to redefine T-Hub and ensure that it is much more than an incubator. "The way most incubators and accelerators work is to bring start-ups on board and help them scale up, increase their fundability and so on, which is important. But there is no continuity to take the start-ups to the next level. We work with them throughout their lifecycle, it's not like a New Year resolution that we stick by for a while and then forget about. They mean much more to us. This way, you might have more successful start-ups, but there will still be start-ups that will have to close. If start-ups are not onto something scalable, it is better that they dismantle than start to drain resources or the passion of the entrepreneur. So you see, calling us just an incubator doesn't do us service," he points out.

And it is this I'll-be-there-for-you attitude of T-Hub that is helping start-ups pull through the crisis. There are three categories of start-ups at T-Hub now, the early-stage ones for whom it is business as usual. Then there are start-ups like Marut Dronetech and Blockapps AI that are working with state governments to help out during these testing times. Then finally, there are those start-ups that are offering a part of their technology or even repurposing it to solve the current problem. T-Hub is bringing in these start-ups from across the country and they are working with them extensively. One such example is Portea Medical.

The state has infrastructure for other organisations like Telangana State Innovation Cell, RICH (Research and Innovation Circle of Hyderabad), WE Hub (a women-exclusive innovation centre), T Works, TASK (Telangana Academy for Skill and Knowledge) and so on that T-Hub is affiliated too

Ask Narayan about government schemes and subsidies for start-ups and what their status will be now, Narayan, who has advised the governments of Karnataka, Singapore and Malaysia, says, "Subsidy is a short-term measure. I don't want to build a start-up based on subsidy. Injecting money at the right time is absolutely the right thing to do. We helped them create the right set of practices to adapt to the new normal and work from home," he says and adds, "Subsides, for me, are just a way of staying alive. But why are you staying alive if your market is gone and your technology is not applicable anymore? But we do have a team dedicated to helping them avail schemes and at the same time, scale up faster."

Changing things
The bigger question is, looking at entrepreneurs who have faced the brunt of the pandemic, will upcoming start-ups be discouraged? "What COVID has done is clean up all the frivolous start-ups who don't have the right business model. Look at the pandemic as an opportunity. There is a glimmer of light in the distant future. COVID is like a skewed beacon right in front of start-ups. Those who are consumed by their own fear and anxiety will not be able to see it. We want to help them see the light," explains Narayan who comes with over two decades of experience as an entrepreneur, investor, mentor and leader.
It is time, Narayan says, that start-ups take a dispassionate view of their model and go back to the drawing board. And if you need help, you could turn to T-Hub. Narayan takes us back to the analogy he gave us at the beginning and reiterates, "Subsidies, materialistic resources and all that is fine, but it is all about timing. We want to offer mentorship and guidance, just like Lord Krishna. Everything else will come at the right time too."

Narayan's tips for start-ups
- Don't get worried and go into an existential crisis. What you are going through, everyone is going through
- Use your already established understanding of the market and use that to your advantage
- The smaller the start-up you have, the more nimble and adaptive you will be. So make the most of it
- VCs and angel investors are still putting in the money, but they need to see the right business plans
- Always stay connected with your customers. It keeps start-ups grounded and helps with course-correction as well

For more on them, check out t-hub.co