"Everyone wants to offer food, that's all I see. I would like to see volunteers who sit down and have a meal with my kids," says Prashanth Kumar Khanthi

Food, shelter and clothing — many would tell you that these three are the essentials with which you could get by. But there is another factor which is just as important. Support. Of every kind. Emotional, societal, indeed, there are many types. And a mixture of all the factors is important for a wholesome future. And this is what Future Foundations does — which is what sets it apart as an organisation that provides more than residential care to at-risk children. It goes beyond nutritional food and the comfort of home, it also supports and funds the education of all the underprivileged youngsters they shelter, enabling them to earn societal acceptance and eventually, societal support too. Under their roof live boys, varying in their age, all young and full of undiscovered potential. They are orphans, come from broken or difficult homes or suffer from diseases or are HIV positive. Future Foundations' residential care unit called Our Home, in Malkajgiri, Hyderabad is run by Prashanth Kumar Khanthi and his wife. How they went from a single room to a two-storeyed building of their own is quite an emotional tale.

They also offer the kids counselling and organise health check-ups for them. Even the local police have visited Our Home and organised activities for the kids

Learning to care
Born and brought up in Hyderabad, Prashanth's inclination towards the cause of caring for those who are uncared for started with working under Dr Sujai Suneetha, a doctor who has been serving those with AIDS for a long time now. We must mention that Dr Sujai has served more than 1,000 people himself. It is easy to see what propelled Prashanth towards this cause. Recalling his early days, he says, "Since the year 2003, and even before that, I started working with Dr Sujai. We used to spread awareness about AIDS, organise different camps, even in schools, but we struggled a lot." They even extended their care to the family members of HIV positive patients as after their demise, they had nowhere to turn to. He recalls how once, he was looking for an auto to take an HIV positive patient to the hospital. The woman was vomiting and was in really bad shape. All the autos refused, so he organised an auto and drove her himself. It was then that she informed him about her two daughters. "I promised her I won't let anything happen to her children," he informs us. Not one, but many such cases kept popping up and soon, Prashanth's family started objecting. He left his home, started living in a one-bedroom house along with three people he was taking care of. Friends and Good Samaritans helped him along the way. To fast track the story, in 2012 they moved to their current address. "It was the local MLA and the members of the society, who had seen my work and as a result offered us our current home," he says. Today, they take care of 33 boys in their home and support another nine girls. 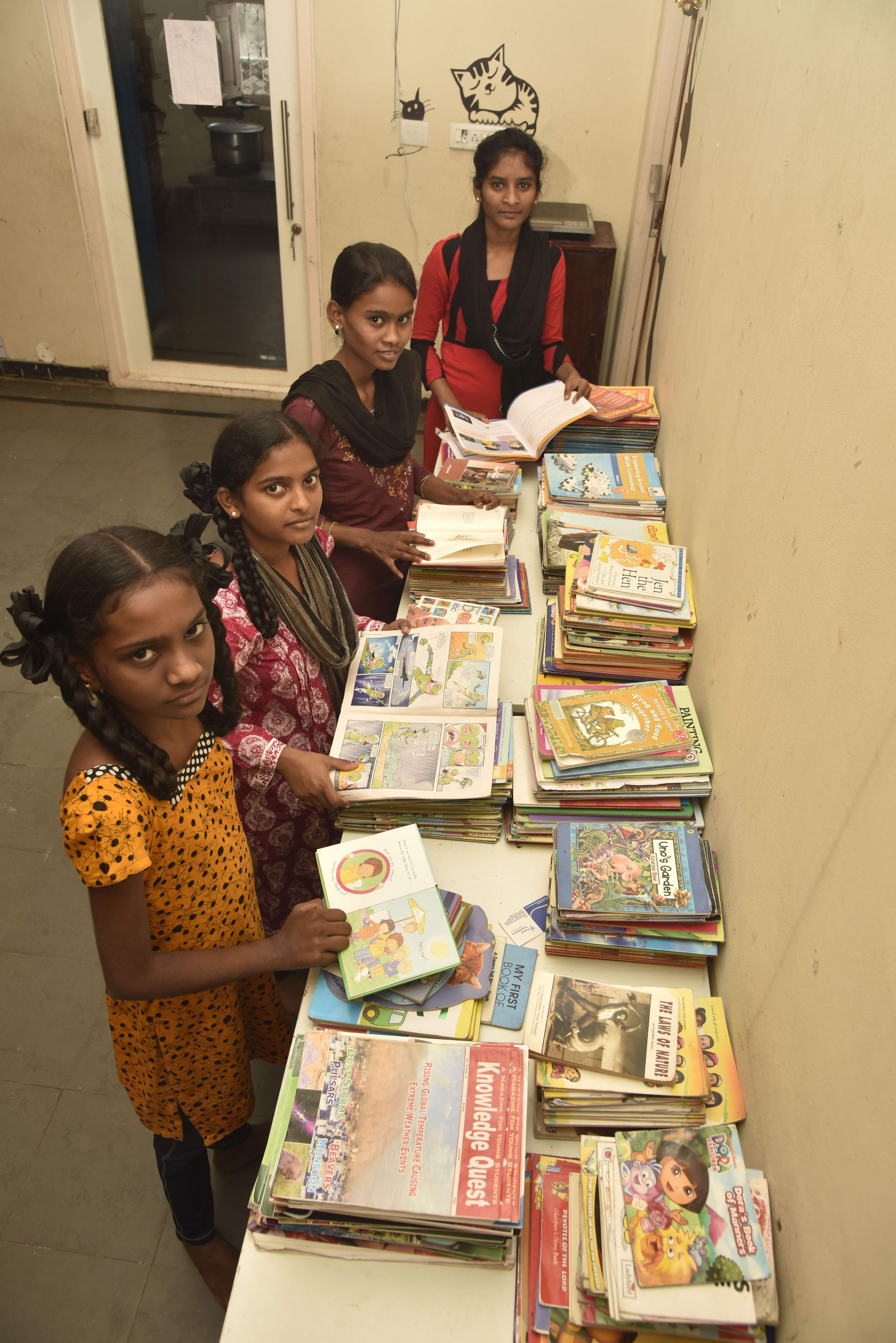 Prashanth has seen a lot, from destitutes with AIDS passing away in his arms to kids being rejected by their families. It has taught him a lot about the ways of the world, but how does he think this has affected the kids? "When they experience negative and positive together, it makes them understand that they have to value what they have and accept everyone as they are," says the 40-year-old. They run the home on two principles — discipline, liberty and love. And it makes him proud to see that when one child is ill, the other children are always around to help. The funds that keep things running come from friends, well-wishers and other donors who have been familiar with his work since the time he started.

More than helping out
"I have observed those who visit us at Our Home, they serve a meal, click selfies and leave. My kids often ask me, 'Why are they taking pictures of us?' Sometimes, they even bring their own children to show how much better off they are. One needs to think about how an orphan would feel looking at all this. I encourage visitors to eat with us, not just serve. Don't remind the kids that they are different, treat them as equals," Prashanth asserts. And when we start to praise him for his activities and mindset, he points out, "I am not doing anything great, we need to normalise living with HIV positive children or children who come from broken homes. After all, I too live with humans," he concludes. These fine humans he has helped nurture have gone on to live lives of their own now. In fact, two of them are even their board members. What could be more satisfying than this? 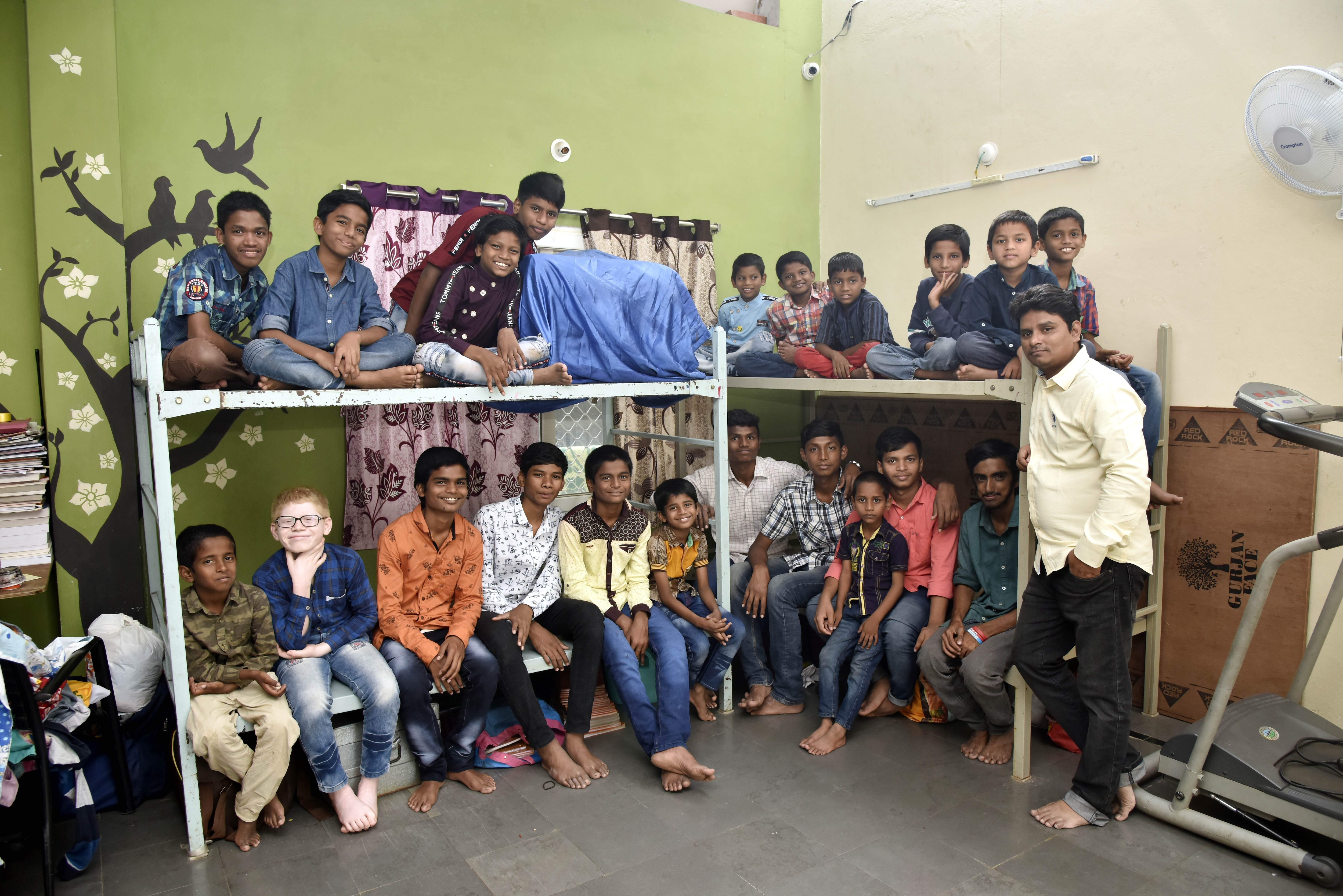 All together: Prashanth along with the kids | (Pic: Vinay Madapu)

5 am: The kids wake up, get ready for school and eat breakfast
8 am: They leave for school
4.30 pm: They are back. They start completing their chores like taking care of clothes and so on
5.00 pm: Their tuition starts
7.00 pm: Their tuition ends and usually, by this time, they have a visitor
8 pm: They are left alone to eat, watch TV, complete their homework and then go to sleep 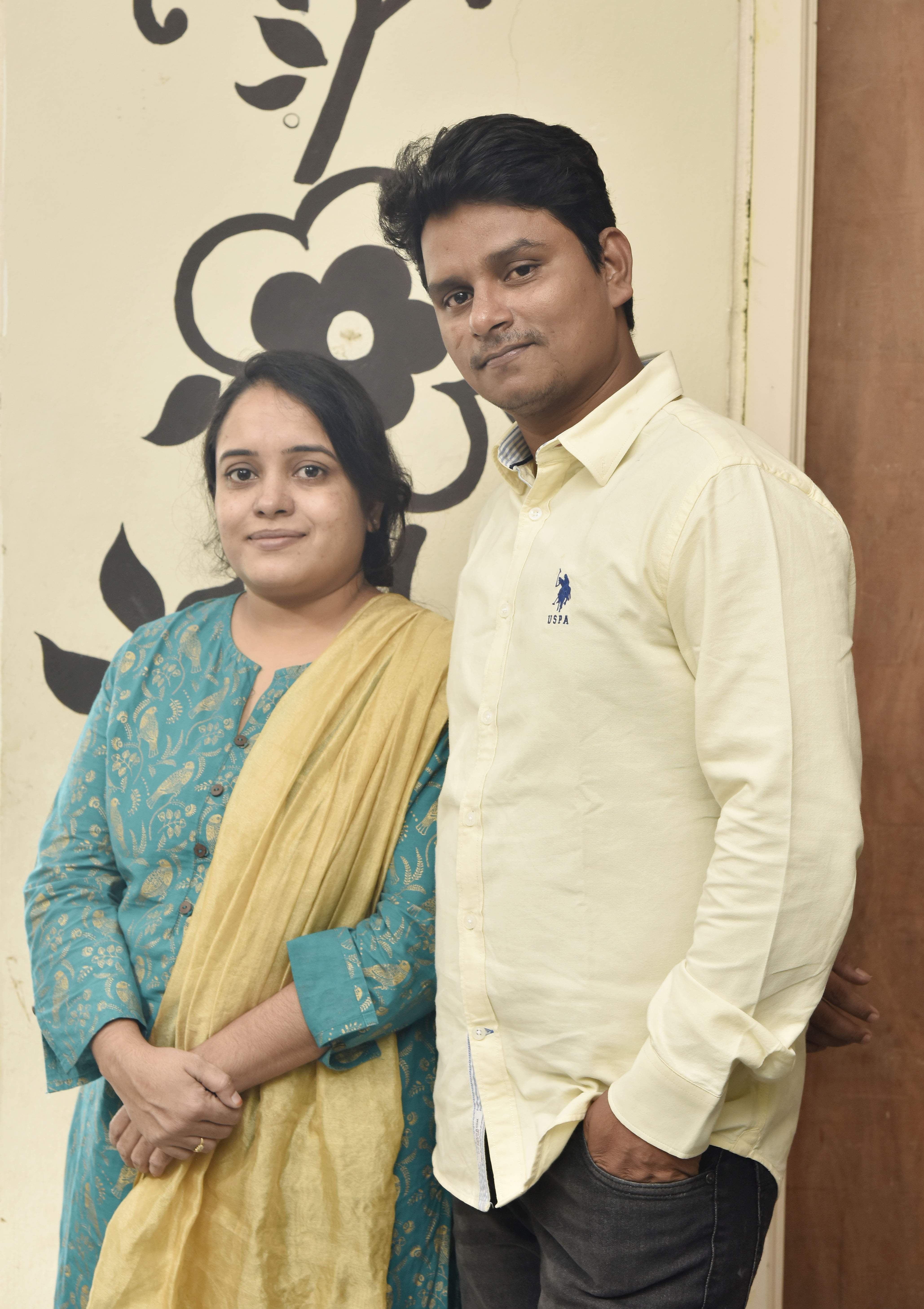 I want to set up a rehabilitation centre for destitutes who are on the verge of death. I don't want to see people dying on the streets

For more on them check out bit.ly/2BQp0TM