At 68, HIV+ transgender activist Noori Saleem is 'amma' to 45 children with HIV. This is her inspiring story

Right from when she began to make sense of her own feelings and the world around her, Noori Saleem had come to understand a certain truth about herself: that she was a female trapped in a male body. “I was born as Noor Mohammed, the second male child in a highly conservative Muslim family in Ramanathapuram, Tamil Nadu. There was unmistakable femininity about me, right from childhood. My friends would often make fun of my mannerisms and body language saying that I was ‘pretty’ and that ‘I walked like a girl’,” she recalls.

Those were testing times. There was little information, even lesser sensitivity — and Ramanathapuram is no Chennai.

Noori’s family and members of the community were very apprehensive about the fact that she was ‘different’ from other children, which made life even more difficult for her. “People started blaming my parents for my perceived ‘misgivings’ and even told them things like ‘We would have killed this child if they were ours.’ Neighbors wouldn’t see eye to eye with me. My stepmother, in particular, hated me for who I am,” she says.

Unable to deal with the mental abuse any longer and stifled by her growing gender identity crisis, Noori ran away from home at the age of 13 to Chennai (Madras at the time). “I left for the city knowing that I had nowhere to go. Stranded and alone in a city full of strangers, I did know what to do next. That’s when I happened to meet a transgender near the Central Railway station who advised me to be a bar dancer or a sex worker, saying that that was the only way I could earn my living. I requested them to get me some other work instead, and they helped me find work as a domestic help in a house for three years,” recalls Noori.

She was just getting used to this life when one day, her stepmother requested her to come back home, informing her that her father was on his death bed. “I did not want to go back and face anybody, but I relented as I did not want to regret not seeing my dying father. Within 3 days of my arrival, my father passed away. And to my horror, my stepmother said that she had fixed my wedding to a woman despite knowing that I was a transgender,” she says. 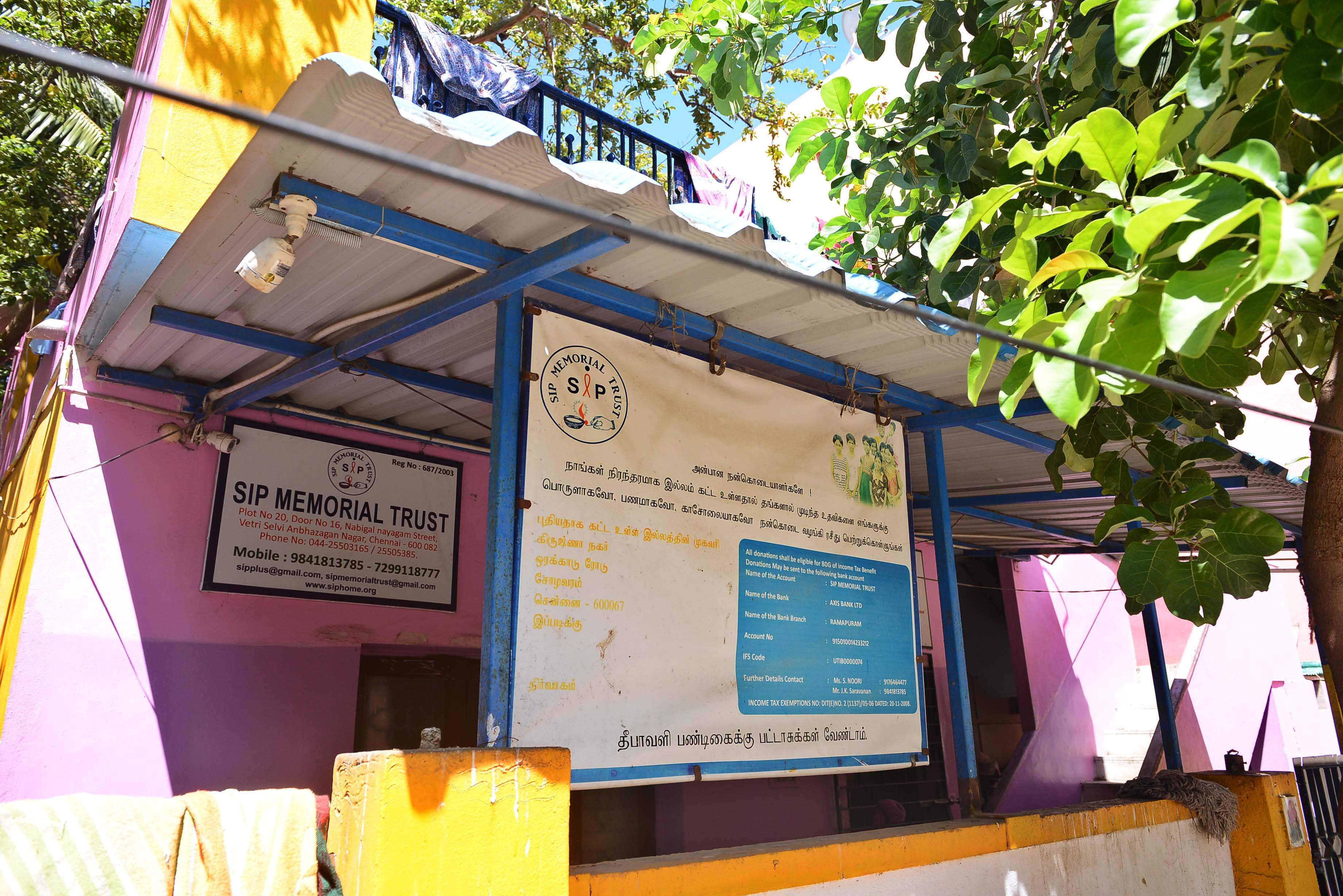 Fleeing and what comes after

This time, she left home for good, vowing to never go back again. To start anew, she went directly to Mumbai and stayed in a commune for three years and did odd jobs to survive. After saving up enough money, she returned to Chennai and underwent a sex-change surgery. “In Chennai, I got married to my close friend. People looked down upon us, with disgust and hatred. But my husband was always there for me and he supported me through it all,” she smiles.

Though she had a loving partner, surviving in a big city became difficult due to a lack of employment opportunities for people from the transgender community, and she was forced to become a sex worker. And unfortunately, she was diagnosed with HIV/AIDS soon after, in 1987. “The 1980s was a time when nobody really knew about this disease, and panic spread after people started saying that it was a fatal and incurable STD. When I got to know of this, I decided to undergo a screening test as I was worried that I may have contracted it somehow. And unfortunately, I was right,” says the 68-year-old who was the third person in India to be declared HIV positive.

At the time (and for almost two decades after), an HIV diagnosis meant you would waste away and die. Period.

Noori quit sex work soon after, as she did not want to ‘spread the disease’. Although she was disappointed and feared for her life, her will to live was intact and decided to get herself treated rather than worrying aimlessly. “But when I went to the hospital and wrote my name as a female, they objected to it. I fought with them and said, I am a female, how can you tell me to wait in a men’s queue? Then I went to the men’s queue and they objected to that too. We are always in the middle without recognition from anyone. And at the end of the day I finally managed to get treatment,” she smiles. 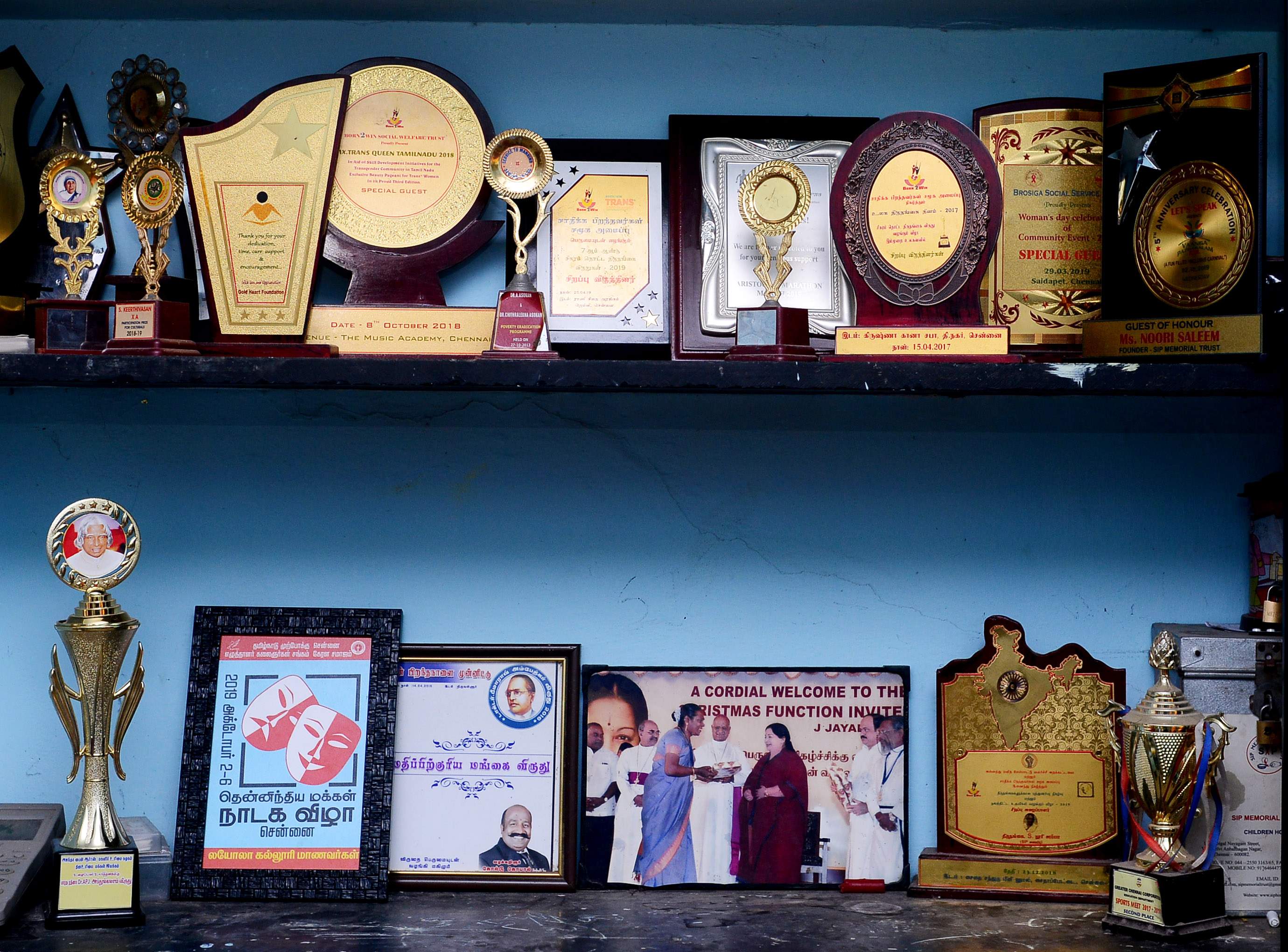 She has won many awards for her years of social service

Living with HIV and the stigma of it all

Recognising that there was nobody to help the transgender community, as well as those living with HIV/AIDS, overcome odds and demand equal consideration and respect as others, she decided to work as a ‘community actionist.’ “Before devoting all my time to social work, I had been working in NGOs in a part-time capacity for more than 18 years. So that experience helped. I decided to become vocal about issues and spread awareness as I thought this was severely lacking in our society,” explains Noori, who was also instrumental in the formation of the South Indian Positive Network in October 2001 along with a few other activists. “I started it in memory of my three transgender friends – Selvi, Indira and Pazhani, who passed away due to AIDS. My aim was to serve all the people who were infected with HIV – help them get better access to healthcare, emotional support, etc. Our network also conducts funeral services for HIV positive people,” she adds.

In 2001, she got in touch with a few doctors and activists who helped her set up the SIP Memorial Trust, a network for people affected with HIV. In 2006, the trust started SIP Memorial Home, a home for children orphaned because they are HIV positive. “I realised that the stigma around HIV was growing dangerously, day by day. Children were being abandoned and left to die for no fault of their own. I want to help them, irrespective of whether they are male, female or any age. My Trust is open to all HIV affected people who are abandoned by their families. Initially, I could not get a lot of work done as I was new to activism. But in 2005, I got a child to care for, and now I have 35 children under my care and I also care for 100 children outside." she explains.

"And all of them call me Noori Amma,” she says proudly. The children love their 'Noori amma' to bits

Noori and the children live as a big family. Out of the 45 children at the home, the eldest is 18 years old and the youngest is just 5. Each one of them goes to school, and they are undergoing treatment simultaneously at the Government General Hospital and Egmore Children’s Hospital. “There is no gender and caste discrimination, my children are unaware of such things. They are all equal. They are so loving and considerate – they make sure that I do not skip my meals, even on the busiest of days. It is their happiness that gives me strength. They are all in good health and they are very energetic, you wouldn't believe that they are HIV positive. I'm thankful for all those people who have helped us with funds and moral support,” shares Noori.

But the current home that the children are being housed in has its own share of problems. There isn’t enough space for all the children to live comfortably, and there are water woes as well. Therefore, Noori is in the process of building a new home for her children and is raising funds for it on Milaap, a popular crowdfunding website. “These children are my life. They are so ambitious and want to do great things in life – one wants to be a doctor, while another dreams of becoming an artist. I may not be able to make all their dreams come true, but I sure want to make sure that they have a solid roof over their heads,” she avers.