All aboard the Science Bus: How the ILM Foundation is helping students fall in love with Science again

When I teach about the heart, I don’t just explain its structure and functions. I also talk about how our heart never stops beating until we die. Learning Science this way helps us recognise the miracles around us that we take for granted,” says Sravanthi Ponnekanti. Project Head at ILM Foundation (a registered NGO in Hyderabad), Sravanthi says that the organisation is working to bridge the gap between theoretical and experiential learning of life and physical sciences among school children. The idea for the organisation was first conceived when Mohammed Abdul Lateef Atear, a former Merchant Navy officer, went aboard for his first deputation with a private shipping company in Mumbai. “During my first trip, when I saw the equipment, I felt overwhelmed. It was a challenge to apply what I learnt during my diploma course to my actual job,” says Lateef. The experience helped him realise the faults in the way educational courses are delivered in India.

Two years into the job, Lateef quit his post, returned to Hyderabad and worked with a few educational institutions which further opened his eyes to the struggles of students pursuing Science. He went on to establish ILM Foundation in 2010. Around this time, the concept of mobile laboratories was gaining ground and Lateef decided to bring it to schools in Hyderabad. In the initial years, equipped with basic instruments, chemicals, models and various apparatus to conduct experiments, the mobile laboratory travelled to schools of multiple states in India, allowing students to apply the concepts they learned in class. The lab had found support in the form of Dr Rattan Toorkey, a doctorate in Chemistry who conceptualised and designed the lab and the activities. In 2013, when funds started running low, Tech Mahindra Foundation stepped in by providing the organisation with a grant that helped stabilise operations. With faculty for Physics, Chemistry and Biology, the lab currently caters to schools in Medchal, Rangareddy, and Hyderabad districts of Telangana.

On the way: The Mobile Science Lab by ILM organisation | (Pic: ILM Foundation)

Sravanthi says that the organisation used to select about 18 government schools and work with them for one year, revising the syllabus taught every month with the practical aspect of the concepts. In five years of its operations, the Mobile Science Lab covered 60 government schools. In 2016, the organisation started its second project called Science Academy which is an establishment of full-fledged science labs in a sprawling 1,500 square yard premises in Narayanaguda, a prime location in the city. The key objective of Science Academy is to provide teacher training programmes that can enhance the subject knowledge and skills of science teachers. “The idea is that if we can train teachers to make learning Science a wholesome experience, then we can reach many more students,” shares Sravanthi.

"Initially, many schools would invite us merely to create a 'wow' moment for their students," Lateef shares, while stressing that consistently teaching students practicals is the long-term objective of the organisation

The organisation conducts baseline and endline surveys to measure its impact. Sravanthi informs that, “Last year, from 18 schools, we found that the students’ scientific knowledge increased by 1270%. Before our intervention, on a scale of 1-4, only 15 students attained a 4 in their survey. Afterwards, 150 students scored 4.” She also informs that although the organisation doesn’t take full credit for the increase in these numbers, it designs the questions so that only those who have conducted lab experiments are able to answer them. Qualitatively, there has been positive feedback from principals, teachers and parents and these kids have been able to participate in competitions with confidence and gain more exposure. The organisation also conducts fast track courses in February or March, focusing on questions for the exams held in April. Additional research projects are offered in summer. 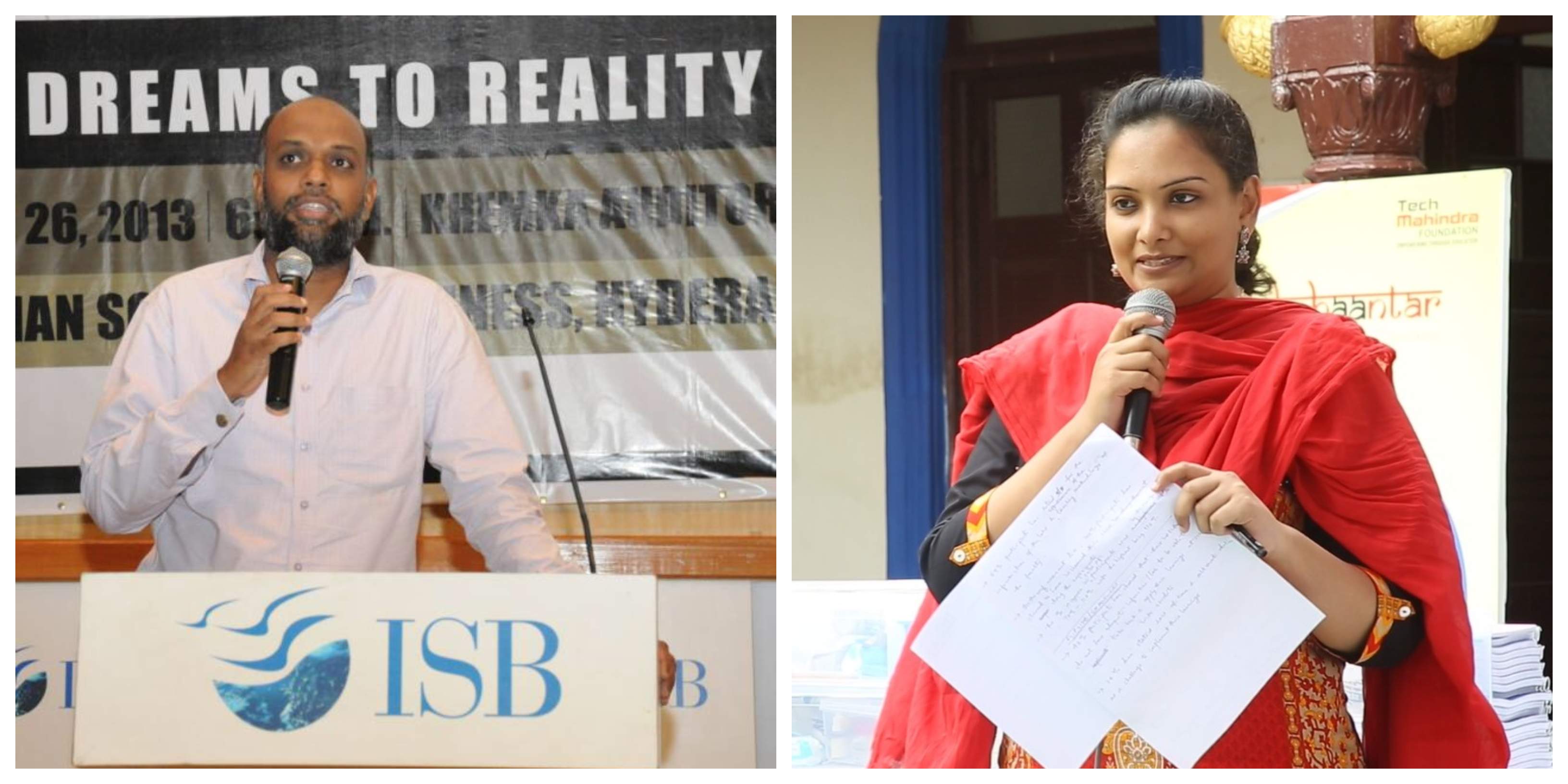 Lateef says that corporate schools have narrowed the teaching-learning process down to marks and ranks, which has fostered a rote-learning approach towards education. Adding to this, Sravanthi says that often, teachers simply don’t want to teach students the practical aspects of the course, mainly due to the sheer number of students in each class. She wonders if there is scope for the government to allow the organisation to act as a training partner and gain access to more teachers, especially in the districts. The organisation also has plans to open a science centre which is both a museum and a science park. “We want to explain basic scientific concepts like force, by playing simple games with the students. We want to help them realise that we are always surrounded by Science,” Sravanthi concludes.

Scenes from the lab: 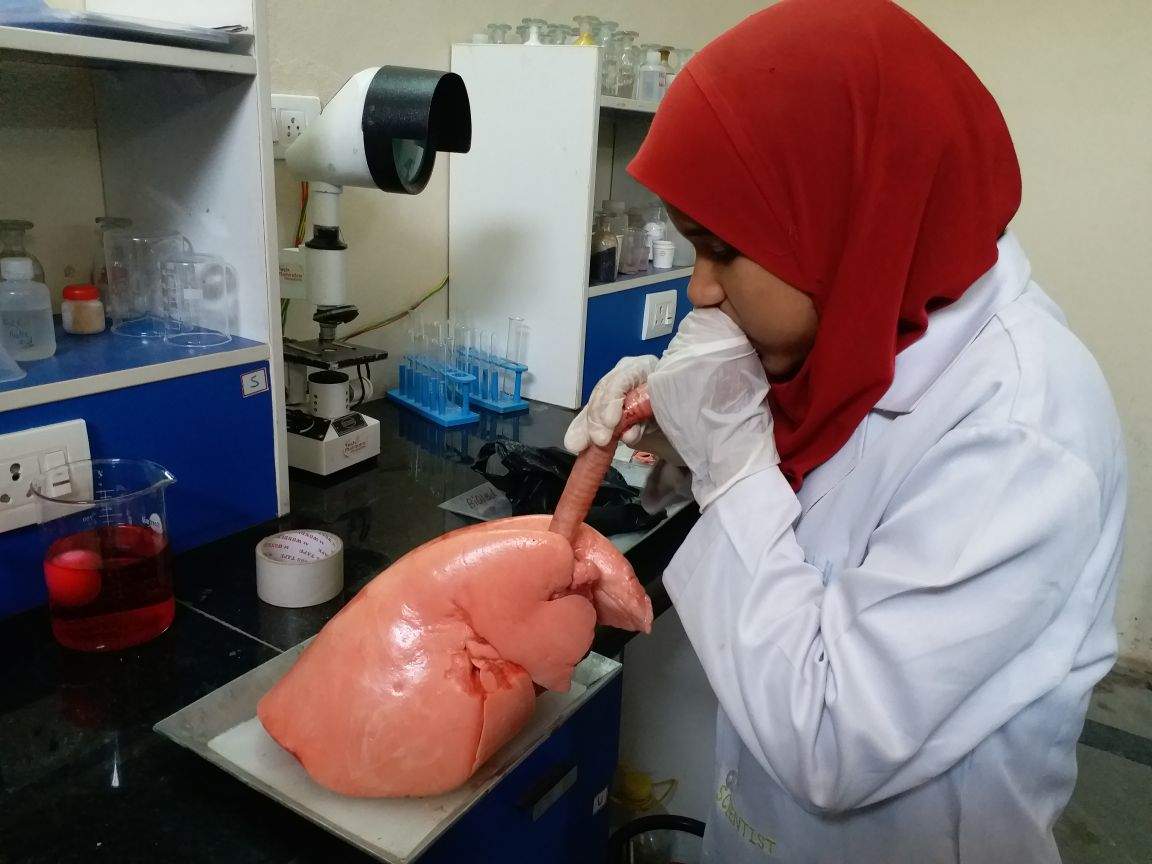 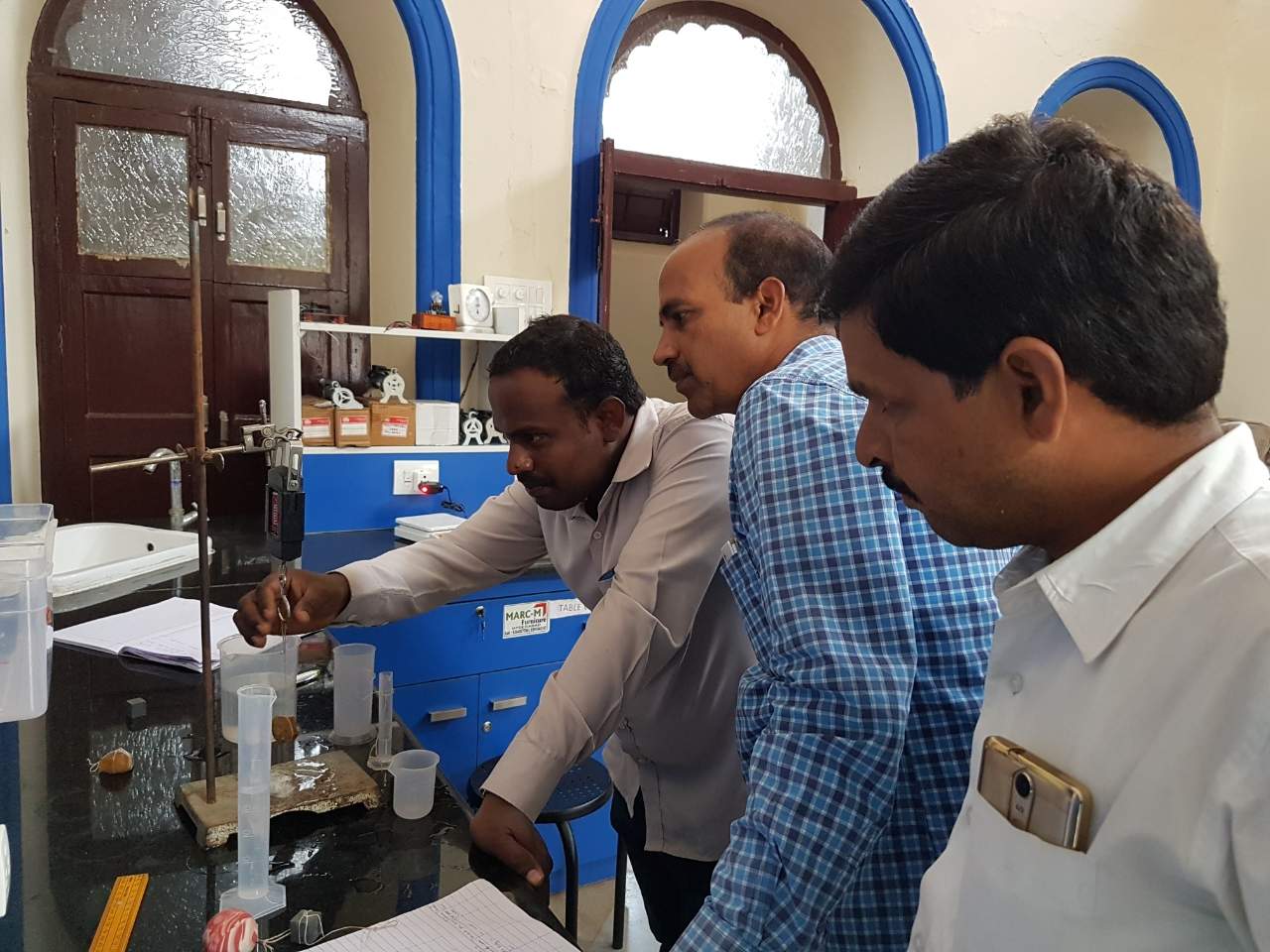 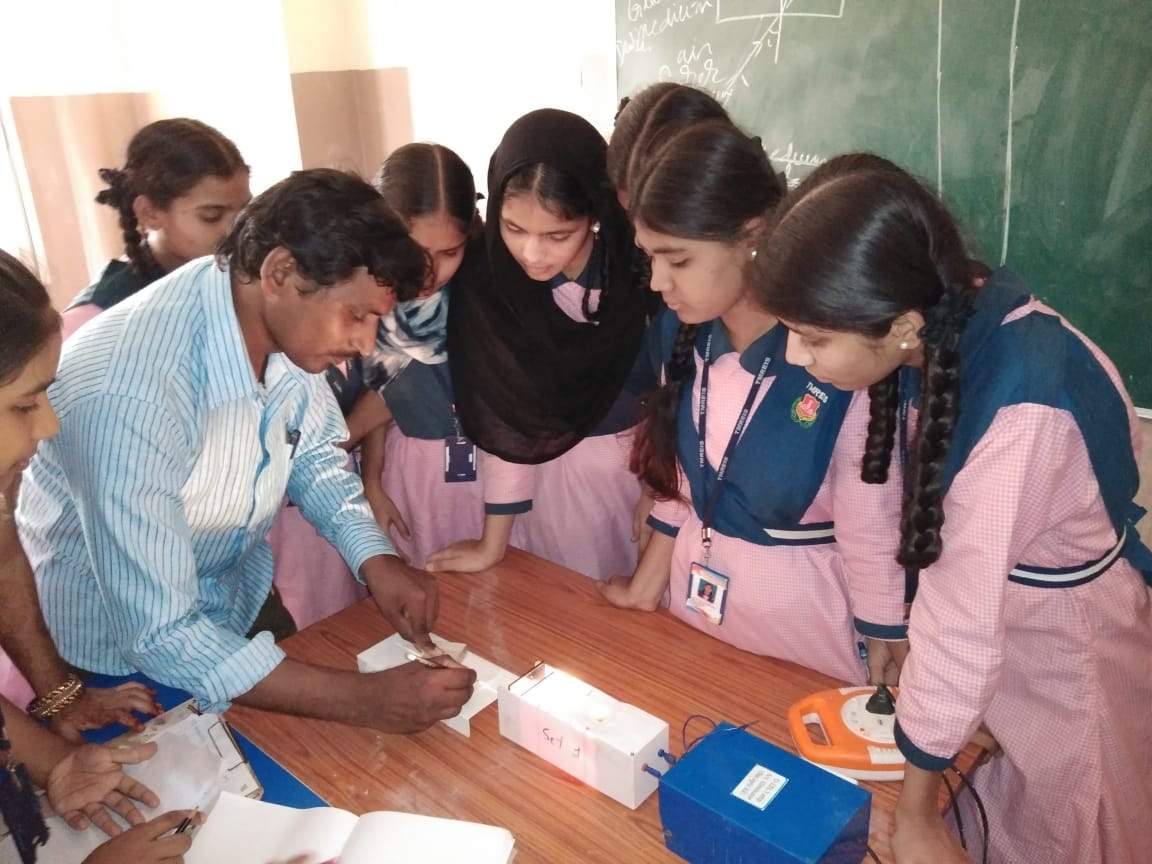 This or that: Verifying the law of refraction | (Pic: ILM Foundation)