These two youngsters went on a 'Cycle Yatra' across AP, stopping at govt schools to spread awareness on climate change

Pradeep and his friend Akbar kickstarted a cycle tour covering 2,000 km across the 13 districts of Andhra Pradesh to visit 30 plus government schools

Pradeep Karuturi has always loved cycling. He is also someone who is passionate about education. While he has always been serious about cycling, which is more than a hobby for him, the youngster has also managed to find himself a career in the field of education as a consultant for the Government of Andhra Pradesh and Project Head of AP, wherein, with the support of NRIs, the State Government is trying to digitise classrooms. And both of his passions - cycling and education - came together when he decided to set out on a journey called Cycle Yatra. After the green signal from Jayaram Komati, Special Representative for North America by the Government of Andhra Pradesh, Pradeep and his friend Akbar kickstarted a cycle tour covering 2,000 km across the 13 districts of Andhra Pradesh to visit 30 plus government schools. Their reason? To not only check on AP Janmabhoomi's progress, but to also spread environmental awareness. The duo started from Kurnool on January 21 and ended at Srikakulam on February 12.

"When we were giving our interactive presentations at school which showed how penguins are being affected by climate change, the children connected the dots themselves. When we asked them why they think this is happening, pat came the reply, 'Heat and temperature'," explains Pradeep, who has been the Global Climate Change Ambassador from India at the International Antarctica Expedition 2016. "They already knew this fact, but after the session, children understood the bigger problems and that is important because these children are the influencers in their family," explained the 26-year-old. They managed to interact with 5,000 plus children through the length of their trip and help spread the word that Mother Earth needs her youngest to go green.

The duo informed each school in advance that they will be visiting, though they made surprise visits too. They ended up spending two to four hours in each school and interacted with teaching and non-teaching staff

The duo was received grandly at schools, like being flanked by NCC students, and sent off grandly too, like in Uravakonda, Anantapur, after their session, the children cycled with them for five kilometres. But this reception doesn't mean that the journey itself was a piece of cake. They had to negotiate rough terrain, pedal uphill and even traverse jungles in their quest to get to the other side. "60 per cent of our journey was not on the highway," shares Pradeep. We had goosebumps when the alumnus of RVR & JC College of Engineering narrated how when they had to get to Lambasingi (famous for strawberries) in Aarku, they had to cycle uphill for 22 km and it took them over three hours. "But the breathtaking view from the valley kept us charged," admits the youngster. They even met artisans along the way, like the potters in Chittoor; the makers of the bobbili veena in Bobbili, Vizianagaram (we are told that there's one such veena in the White House as well) and those who work with khadi in Ponduru. "We also wanted to understand how they work and help preserve the arts and crafts of this country," he concludes. When one travels by cycle, as opposed to a car, one has the chance to stop and interact with people multiple times. We even started talking about farming with these people. How would that be possible in any other vehicle?

Glimpses from their journey 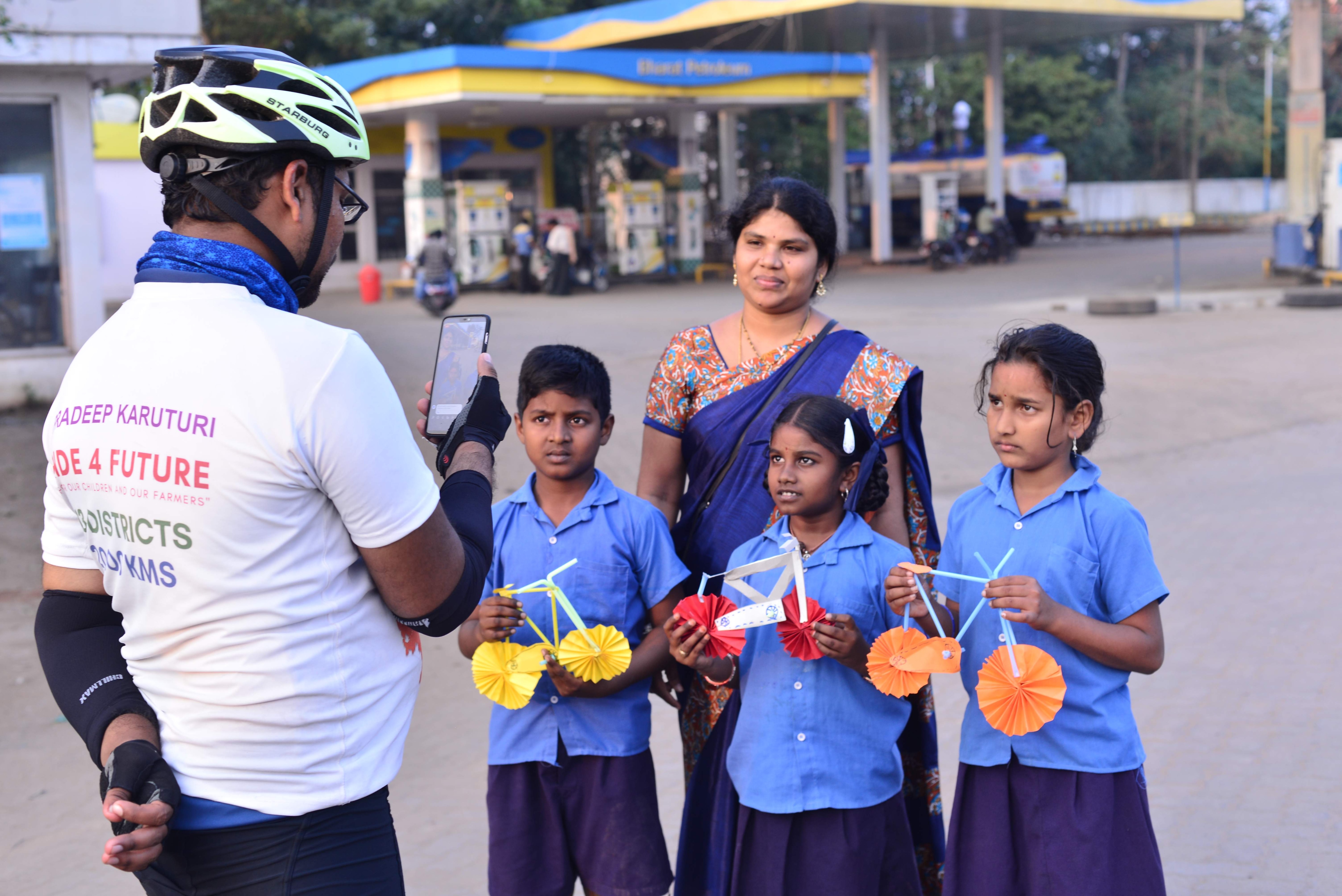 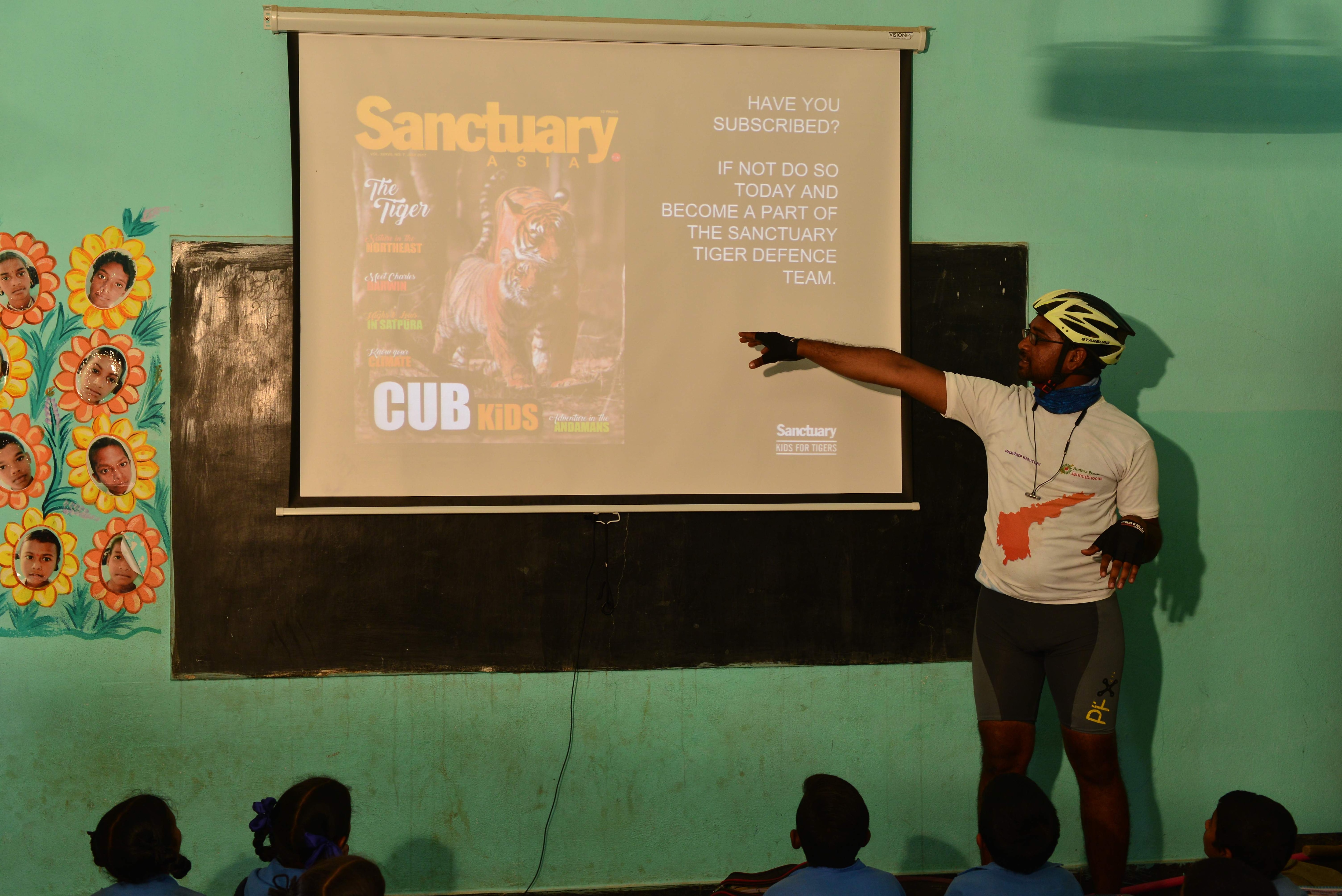 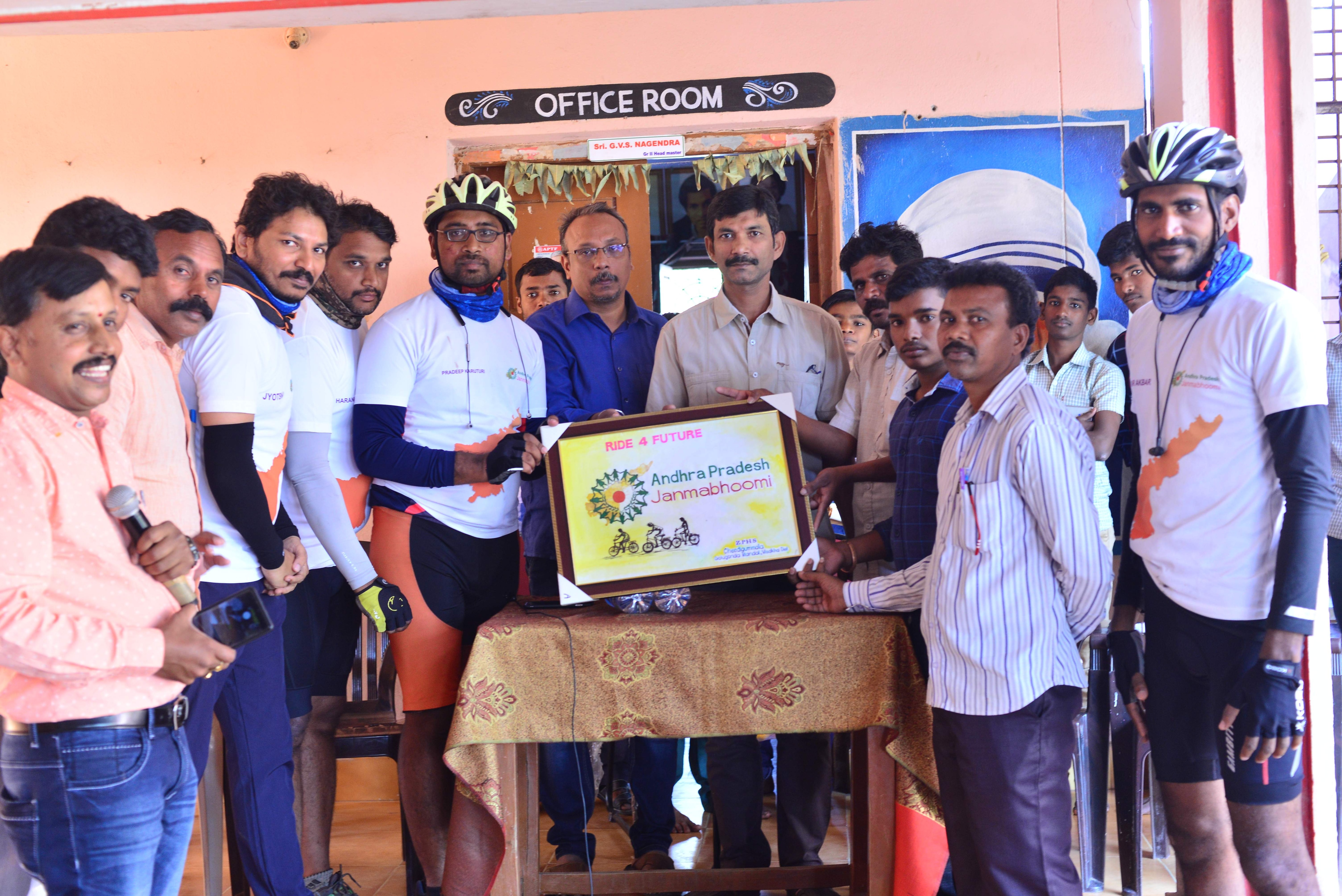