Aravinda Tegginamath has been creating drawings and doodles on political issues for a few years now, but this is his breakout one. Clearly

Right after waking up on a Monday morning, Aravinda Tegginamath was randomly browsing the internet, with eyes half-open. That was when he noticed the news clip on Prime Minister Narendra Modi taking a dig at INC President Rahul Gandhi by indirectly calling him dyslexic. Aravinda was quick to pick up his iPad and make a doodle, which he posted on Facebook, Twitter and Instagram.

If you're big on social media, then chances are you would have already seen the doodle. It shows a young boy who asks Indians to elect an educated Prime Minister the next time. But the words are misspelled — or the letters of the alphabet are misaligned — in a way that a person with dyslexia would see it. The young boy in the quick doodle is vaguely reminiscent of Darsheel Safari's character from Taare Zameen Par, a film that was probably the first to discuss dyslexia sensibly. 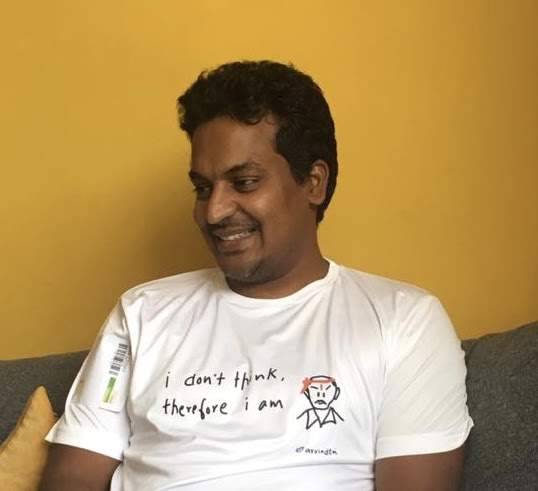 Meet the artist: Aravinda is an engineer turned artist

Within a couple of hours, Aravinda had hundreds of people sharing the cartoon. This included the AICC National Spokesperson Priyanka Chaturvedi and entrepreneur Dhruv Rathee. For someone who's been doodling for years now, this was probably the first time that Aravinda had seen his work gaining such popularity. Undoubtedly, he is thrilled about it. "I've been doing this for years and this is probably the breakout cartoon. I'm thrilled by the response I've been receiving since yesterday. It is amazing," he says.

While a lot of people have reached out to him saying that his work struck the right chord and it had to be said wide and loud, he has also had a tryst with a few online trolls. Nevertheless, this engineer-turned artist now believes that he could have 'softened' his message a bit. "A few people pointed this out and later, I too started feeling the same. Instead of 'educated PM', I could have used the term 'sensitive PM'," says this Bengalurean.

What was it that prompted him to draw this doodle, minutes after he read the news, we wondered. He says, "The students were expecting a sensible and an empathetic answer from the Prime Minister. But he, on the other hand, said something completely unrelated and took a political potshot at his opponent." 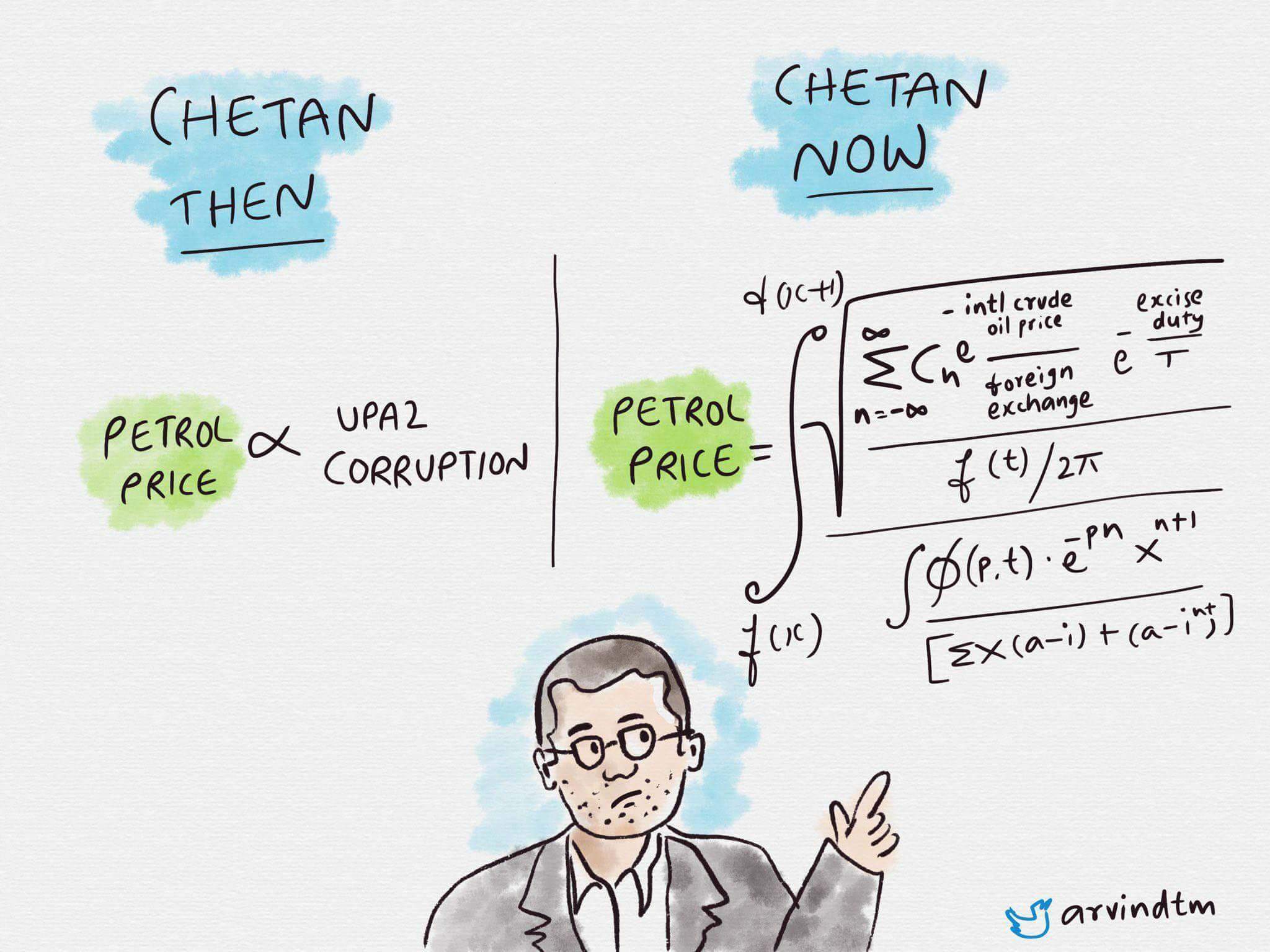 Having worked in an IT firm in Boston for over a decade, Aravinda is now on a year-long break, creating satirical doodles and cartoons on political issues, posting them on his social media handles. Previously, a doodle of his, where he portrayed the way Chetan Bhagat explained the fuel price hike in the UPA and NDA era had also gone viral. It also raised a lot of eyebrows.

But is Aravinda scared of the negative reactions and the name calling? We'll let him answer that. "I've been posting content for long enough and knew what reaction this doodle could harness," he says.