Cherai Tails is caring for the most vulnerable streets dogs by providing them medical care, food and shelter

Set up in 2014, Cherai Tails is a concerted effort by a group of people who believe that every dog deserves a safe home and all the love in the world. Here's a look at the work they do

A 57-year-old woman, a dedicated vet and a passionate auto driver have been saving lives on the streets of Cherai, Kochi. The beloved beach is notorious for its large dog population. But people say that the stray dogs in Cherai are more scared of people than in the rest of the city. “Dogs are dumped at Cherai every week, especially over the weekend. Breeders throw out the ‘mistakes’: the mixed breeds, the pregnant dogs and even leave plastic bags with disabled puppies inside,” says Peshna Turakhia, the founder of Cherai Tails.

She continues, “The local population breeds male dogs and chooses not to sterilise them as it's not ‘natural’. Female dogs are dumped on the beach and male dogs are let out at night. There is no supervision of breeders whatsoever. And the pandemic has seen this industry boom. We see unwanted breeding moms at the end of their lives. Just last week, we found Ginger who was dumped there, whose teeth were worn out from chewing on iron bars.” 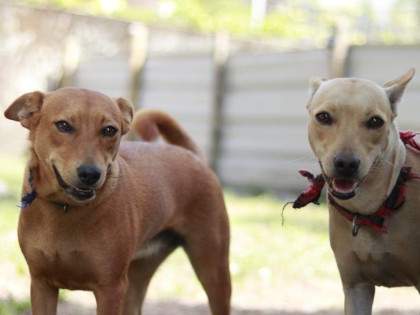 LIFE SUPPORT: Each dog is given medical attention

Peshna has been on the offensive, with a team of very passionate medical experts and local supporters of her cause. Born in Mumbai’s Bandra in 1964 to a Swiss mother and Gujarati father, she left for Ireland at 16. After teaching there and in London for years, she moved back to India in 2014. While she was teaching in Mumbai, she would spend every May in Cherai. Devastated by the increasing dog pollution and sand shell excavation in the beach, she was desperate to do more.

“Every year, the beach felt narrower,” she says, “There were fewer trees and more burning piles of rubbish plastic everywhere. I felt blessed to have been shown paradise and tried to inform residents that their children’s inheritance was being destroyed. When my landlord decided to sell my flat in Mumbai, I moved to Cherai to see if I could get started on spreading awareness.” ALL SERVE: The funds are collected through public support

Being someone who values nature,the littered beach of Cherai beckoned her. While she was picking up bottles on the beach one evening, Peshna watched a stray dog die very slowly over the course of ten days from canine distemper. Days later, she saw the same thing happening to an auto driver’s dog, Janghri. She sold her laptop and accompanied the dog to the vet, sitting with her every day. Jhangri survived. And so did Peshna’s will to save more lives like hers.

So Cherai Tails came into existence. With the help of veterinarian Dr Ashkar Ali and an auto driver she befriended, Aneesh C, her work for the dogs of Cherai has since been non-stop. Peshna can only afford to take in dogs when they are in danger.  “Normally, when there is a sick dog, I am called. Like last year, a man reached out about two moms who had given birth to litters — one mother had died and the other was was trying to feed 15. Small pups who should be with their mom are a great concern and very expensive as they need the right vitamins and minerals.” She took them in and took care of them. 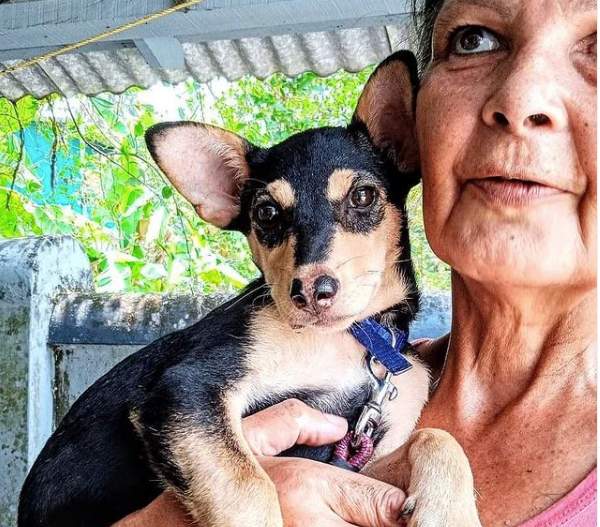 PAW STORY: Around 250 dogs are rescued each year

“I believe that every animal or human deserves a safe place, respect as an individual, proper food and health care. I spend a lot on food, the first year is critical for their immune system and organ growth. All the dogs here and those that come from outside have chicken or fish, a high protein diet with less rice and more meat. They get love and are kept safe, I do my best to keep them happy, except for the lack of space,” she says.

On average, they rescue about 250 dogs every year at Peshna's rented home. With the help of Dr Ashkar, they have also managed to sterilise over 500 dogs in the area. Cherai Tails acts wherever they have to. Often struggling to support the lives they have taken in, Peshna tells me that they live on stardust and magic.