The youngsters at the 'Weekend Agriculturist' bought a small plot of land themselves and began to farm using old traditional practices, to encourage full-time farmers to adopt the same

From Monday to Friday, Thamizh Selvan sits in an AC room and stares at a computer all day. Just like so many of us, his life revolves around work and home. And just like any of us, he waits for the weekend with bated breath. No, not to party or sleep or chill with friends, on these days, Thamizh becomes the 'Weekend Agriculturist'.

Despite taking the engineering route, Thamizh always knew deep in his heart that he wanted to do something to give back to society. It was a time when many farmers began to commit suicide especially in regions like Maharashtra, so he began to get interested in the issue. Then he came upon a page on FB called 'The Weekend Agriculturist', a group that was just getting launched by an acquaintance of his. The group invited people to spend the weekend helping farmers in the field, from IT techies to those who just wanted to help, to those who hoped to have a farm in the future and even those who came from agricultural families but found other jobs and had no time to learn the trait."I thought that was absolutely perfect for me. I could use my weekends to do something productive and contribute to society as well," he said. Even though he dabbled in some agriculture himself while he was growing up, he hadn't really gotten his hands dirty in a wrong time. It was only when they started though, that Thamizh realised how much the farmers were in need. "What we do is, first, we get in touch with a farmer and find out what they need. Some of them will just need someone to share the labour. As more and more farmers and farmers' children pursue other occupations that will give them a better life, the ones who remain find it difficult to go on. So they struggle to find people to help, so a bunch of us will gather and then go help him out," Thamizh said. The 29-year-old says it scared him to know how dire the problem is, "Sometimes because farmers have no one at all to help them with the work, they just stop tending to the crop, even if it's just plucking the vegetable. So we have farmers call us up to ask for some help, so we go and do what needs to be done," he said. Especially with villages bordering cities, many farmers choose to go away to the cities for better-paying jobs.

As Thamizh began to get more involved, he slowly began to realise the bigger issues at hand. Everyone talks about the negative impact of pesticides but what Thamizh saw stunned him, "It's funny how we refer to pesticides as 'marandhu' (medicine). Even when a farmer commits suicide we say, 'marandhu kudichi sethutaru', we don't call it poison. We go wrong right at the beginning." While also contributing to the labour part of farming, Thamizh and his teammates began to learn organic farming and for that, they went back to learning the farming that was done 50-60 years ago. "For this, we went back to villages in the state that continue to practice indigenous ways of farming. We learned from them and came back to teach it in farms where pesticides were used but no one was willing to believe us. And that is understandable because they have been doing this the same way for years," he explained.

So the youngsters at the 'Weekend Agriculturist' bought a small plot of land themselves and began to farm using old traditional practices. "Soon the farmers started to see that our produce was better and so now farmers believe us and adopted the same practices," Thamizh said, smiling. But the young techie found early on, that every village, every region have different farming practices and so depending on where they are volunteering, they learn the style and do as the farmers do. "Sometimes though, when we notice something more environment-friendly or easier being practiced by a farmer, we take that knowledge to another farmer and tell them about it," he said. 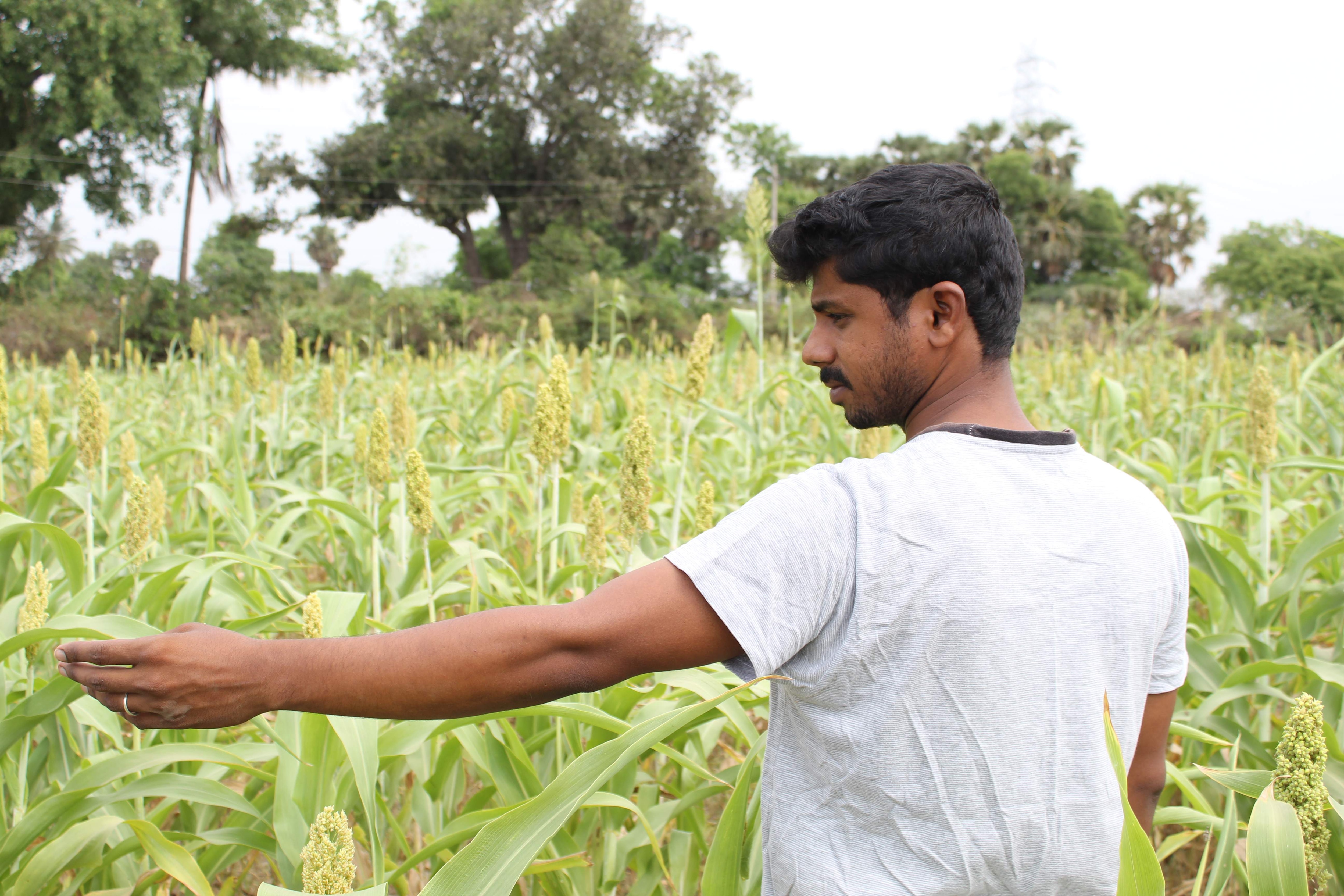 The one thing that Thamizh doesn't ignore is the role that caste plays in agriculture, "There are the landlords and those who toil in the fields. And we know that they mostly belong to one caste. There are very few of these people who actually own any land, so we ensure we work only for them. We don't work for anybody with large acres of land," he explained. Having to undergo both the evils of the caste system and the classist system in place, the labourers have now moved on to other jobs in the city or are getting themselves an education. "This means that the farmers don't find people to work int heir fields, so this is the time that we stop restricting these jobs to certain classes and instead everyone should begin to get more involved in farming," he said, adding,

The 'Weekend Agriculturist' has changed Thamizh's life in the way that he maintains his lifestyle and his perception of life itself. But WA did more than change his lifestyle, it tricked the universe into making him meet his future wife as well. The farming couple maintains a completely sustainable lifestyle and try their best to only spend on what they need and not on what they want. "A lot of women come to volunteer as well. Some of them have children too, but we've built a small place with a bathroom as well. And so the women can come and stay here and do farming," he said. In order to make them feel completely comfortable, AW coordinates with other interested women and put them in a group and now since they have some members who've been with them since the beginning, they are always there to help.

"Even the children enjoy because it's like playing for them. So they push us to work harder too," Thamizh said. More and more people volunteer to become a weekend agriculturist but the farmers need much much more, the young farmer said.  "We can do without anything except food and water. It's the one thing we can't do without and we're letting farmers suffer as we look on in silence. This will be the generation that sees the future dying before them and that is such a horrible thought. We are in a crisis but nobody seems to know or they do and they don't care. We NEED to do better," Thamizh says.