Panai Sathish believes our Tamil culture is in our Palms, here's how he's conserving them

Since 2016, Sathish has had a prefix to his name, he's called 'Panai' Sathish. Panai, is the Tamil word for palmyra and Sathish has planted over 80,000 of them across Chennai.

Sathish Kumar Pichandi finds it ridiculous that environmentalists use gloves while planting a seed or sapling. "If you can't feel the soil on your fingers and don't see the dirt in your nails after and smile, what is even the point?" he asks. Since 2016, Sathish has had a prefix to his name, he's called 'Panai' Sathish. Panai, is the Tamil word for palmyra and Sathish has planted over 80,000 of them across Chennai. He's planted them with his own bare hands, embracing every single particle of the soil.

Sathish, from Arni, Tiruvannamalai, is a 29-year-old techie working in Chennai, the son of parents who do silkworm farming. Like a lot of other farmer families, Sathish's parents didn't want him to take up farming and face the struggles they had. So he decided to take up engineering and ended up in the IT sector. He was just a regular IT person, loafing around town when he was not working. That was up until the Jallikattu protests, "I was just one among the many hundreds who were at the protests but I kept thinking that this wasn't just about protecting the bull. It was about protecting and conserving our indigenous practices and traditions," he explained. So what was the oldest, most important thing to humans? — Trees. "Without trees, we would not be here. And I realised it wasn't just about Jallikattu, it was about so much more," he said. 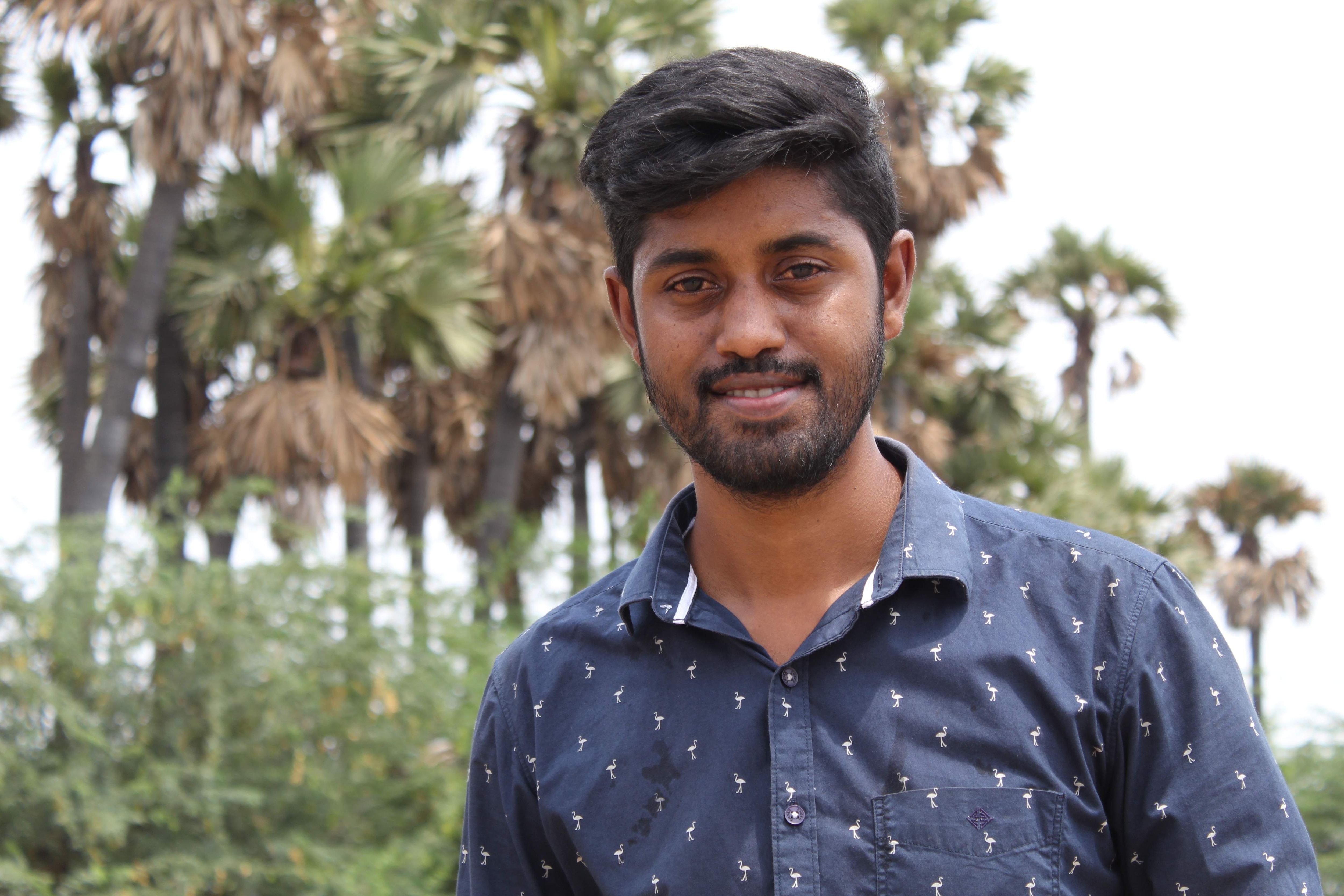 At the protests, Sathish met a few environmentalists and began to interact with them. "I would meet them occasionally but then for the next few months, I didn't do much about it," he said. And then, Sathish met Bharathi Kanan, another environmentalist and through him, he met other environmentalists completely involved in researching and planting palm. He became involved with the Paavendhar Pasumai Trust whose entire focus is on increasing the growth of palm trees in the state. He has since gone on drives, cycle rallies and campaigns to promote palm trees and has planted over 80,000 trees with fellow environmentalists. Being a full-time employee means that he only gets a day to indulge in such activities, "Yes, it's difficult. My family kept asking why I'm working on the one day that I get an off and struggling so much but I want to do it. In my office, they initially didn't know about my work but once they did, they honoured me. Now if I need to go out for some environmental activities,they allow me to," he explained.

But what is the long term plan, I ask him? "For now I need money to sustain, so I'm doing the best I can by balancing both but I hope to become a full-time environmentalist," he said.

Sathish says it depresses him that despite being a country with one of the largest growing palm trees, we are a people who just don't realise how important they are. "Palm trees are our best protectors. Chennai would have never suffered so much from Vardha and the 2015 floods, if we had had palm trees around the city. If palm trees had been planted around the city, they would have withstood the wind and the rain," he says. Sathish said that every little part of the palm tree is in some way useful but because the people don't know of this, we lose out, "The palm tree is like the duck that lays golden eggs. Instead of taking care of the duck and selling the eggs, imagine cutting it up and selling it. That's what we're doing with the palm trees. It's worth so much but we just cut it up and sell it for 50 or 100 rupees."

India has the highest number of palm trees in all of the world — 5 crores and about 60 percent of those trees are right here in Tamil Nadu. In fact, Sathish said that even the name 'Nungambakam', the popular hub in Chennai derived its name from the word 'nungu' which is palymra."But can you see even one palm tree in the area today?" he asks. 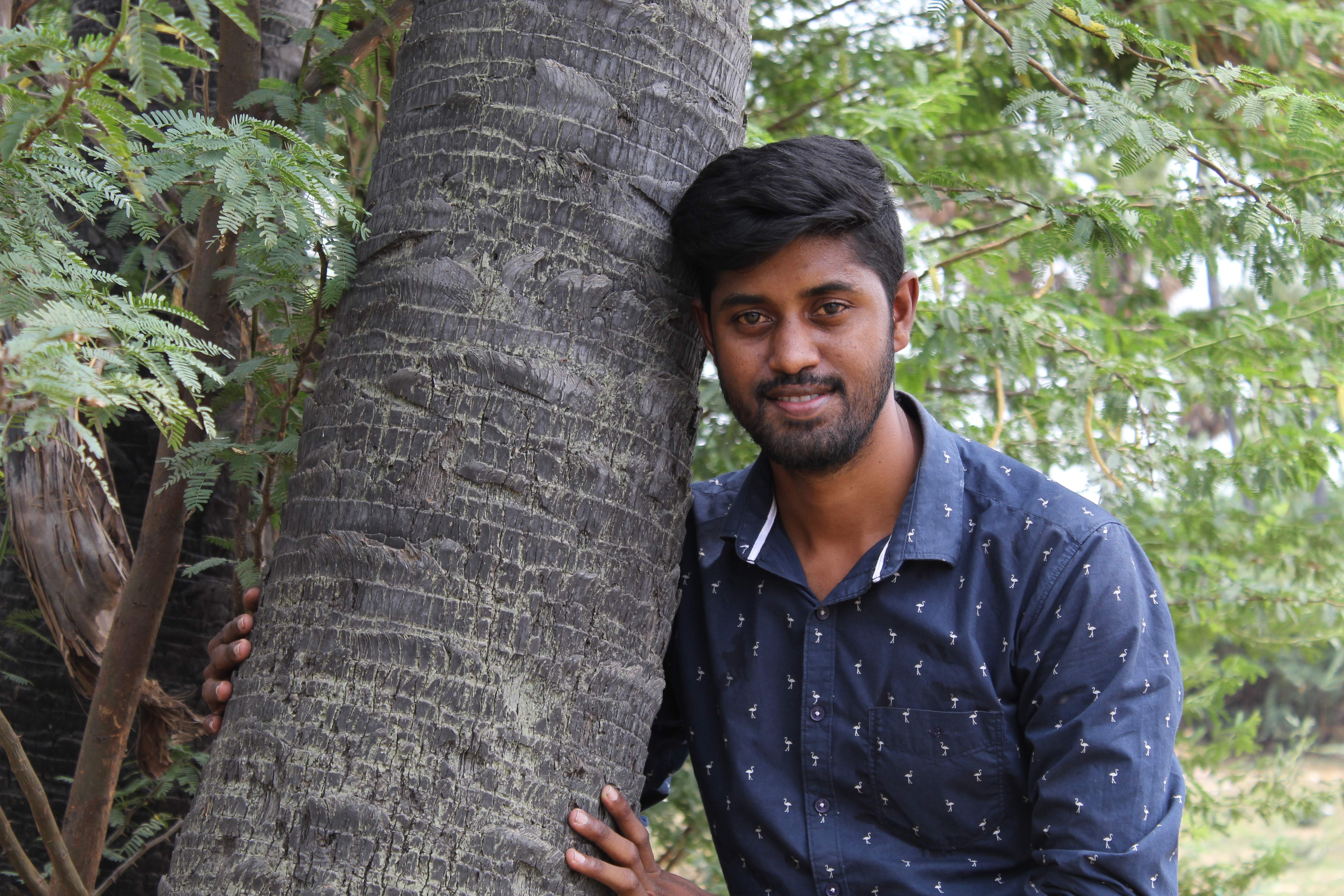 About 801 different palm tree products were available at one point, now Sathish says we don't even know ten such products. "From the sweet of the nungu (fruit), to the powder made from the milk, to even a poriyal, to mixing the milk in the water to use for medicinal purposes, the palm has so many used. People who grew up in an age where the palm was known and used for all its benefits continue to remain healthy till date," he said. Even during the civil war in Sri Lanka, Sathish said that Tamil people depended on the palm tree for their survival.

Now forget about all the benefits of consuming palm products or using them for medicinal purposes. Sathish says that palm has had a direct important impact on the one thing that Tamil people love the most — Tamil. "It was only with the palm's papyrus material that we wrote the alphabets of the language, then the books like the Tolkappiyam came to be written on this same palm paper...it is through the palm that we have written and been able to pass on the culture and traditions of the Tamils and Tamil culture," he said.

Today, wearing the veshti on festivals like Pongal, eating sugarcane, talking about semmozhi, rituals and traditions are not 'conserving' Tamil culture, Sathish says. "Respecting and embracing our palm trees. That is the root of our culture and till we go back to protecting it, we can't be the ones to talk about being proud Tamils," he said.