Shreedevi Sunil, a professional storyteller and puppeteer and former educator stumbled upon the realm of storytelling serendipitously. “I was taking a break from teaching Class 7 and Class 8 students at Jamnabhai Narsee School in 2010 after the birth of my first son when I met a like-minded person in a mother-toddler activity class. Soon, a friendship bloomed between us. Though she had an IT background, she was drawn to storytelling as she grew up listening to stories told by her paati (grandmother) and thaatha (grandfather),” she recalls, adding, “At that point, storytelling was trending in Mumbai and other metro cities in India and I was on the lookout to do something different in life. So I got together with my friend and signed up for online Skype classes by Dr Eric Miller of the World Storytelling Institute based in Chennai.”

Shreedevi learnt the nuances of professional storytelling from these sessions, including the fact that a good storyteller needs to do proper research, keep working on their material and listen to peers so as to develop their own unique style. She also learnt that this was the creative path that she wanted to embark on.  “In retrospect, I think I wanted to pursue storytelling because as a teacher, I had already been telling stories in class, in one form or the other, and was predisposed to the techniques involved. I just had to hone my craft further and that’s exactly what I did,” she adds. Equipped with a new set of skills, she went back to work in the education sector, where she was involved in integrating stories into the mainstream syllabus. “What they call STEM storytelling now – the use of stories to simplify learning in Science, Technology, Engineering and Maths – we had already experimented with long back (laughs),” explains Shreedevi who tells us that she was able to understand the impact that storytelling had on people through her work. She was also involved in training teachers in using stories to explain important concepts. She inspired them to break certain myths and perceptions associated with the art like saying that it is incredibly hard and takes a lot of preparation.   ”This is completely untrue. All you need is a little bit of confidence and 5 minutes to integrate it into your daily schedule. Job done!” she smiles.

Then, around three years back, she took a break from education too as she was, in her own words, ‘bored with the mundane weekly routine’. That is when she discovered the scope for storytelling in children's theatre. “I had been taking my kids to see plays for children during their summer vacations. That’s when I noticed that weren’t a lot of plays in English specially meant for kids, and even if there were, they were not impressive – in terms of style, message or content,” says the Creative Head of Talking Turtles Storytellers, an organisation she founded. This prompted her to try combining the elements of theatre and storytelling for children, even though she was not from a theatre background. 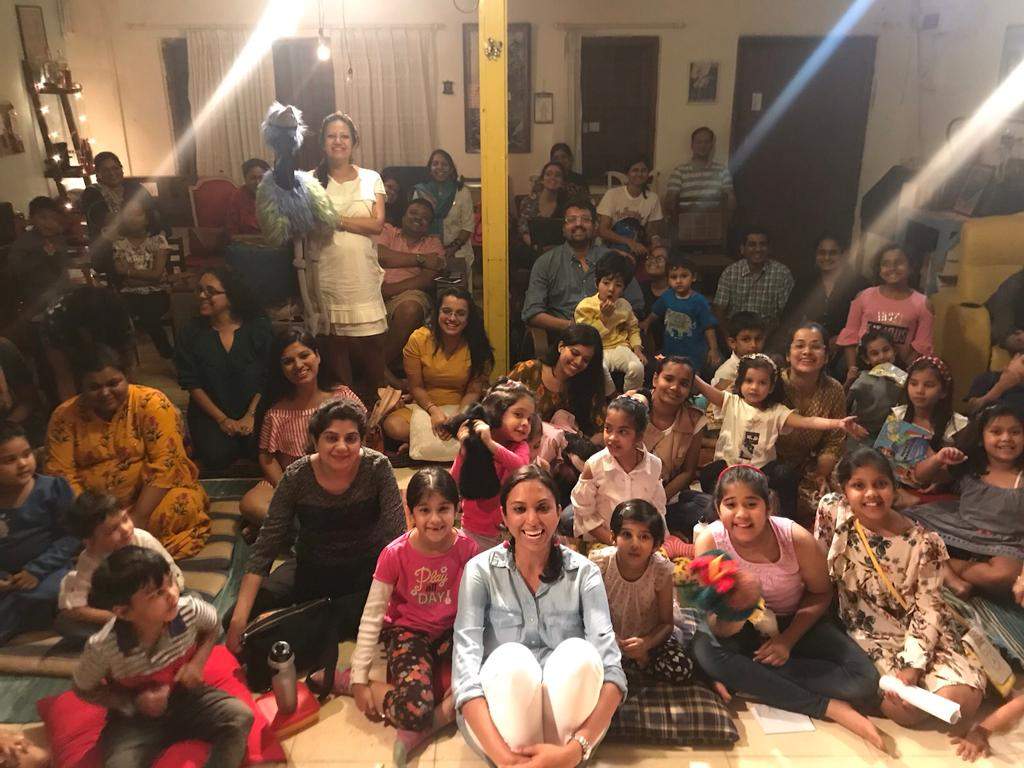 She wants to experiment with different styles of storytelling

Around that time, she also came across Western groups that do puppet plays and realised that she could use the concept too – that’s how she ended up doing ‘scaled-up’ performance storytelling – using puppet plays and live music to which children sang along. “These performances mostly feature me along with musicians and a few floating puppeteers in some cases. The stories that we choose are mostly from Julia Donaldson, a popular children’s author. For example, The Gruffalo is all the rage right now. We have performed it on many stages in Mumbai and want to take it to cities like Delhi and Bengaluru soon,” she says.

Shreedevi may have a penchant for entertaining children with her engaging and emphatic style of storytelling, but she does not restrict herself to that demographic. “I also do storytelling sessions for adults which revolve around folk stories. These performances are more subtle and look at unveiling different layers within a story as compared to the sessions for kids that are more dramatic and involves a generous amount of slapstick humour to entertain them,” she smiles.