The students had earlier staged a protest for reopening the campus in December. That had an effect and the campus was opened for the third year students along with the hostel facility

Uttar Pradesh Police early on Friday morning arrested five students from the Benaras Hindu University's (BHU) Lanka Gate for staging a protest 'blocking a public space that would disrupt traffic'. The students have been protesting at the same spot for the past five days, asking the university administration to open the campus for first and second-year students as well.

The police force reached the protest site around 6.30 am on Friday and arrested five students — Ashutosh Kumar, Anupam Kumar, Sumit Yadav, Pawan and Avinash. The students alleged that the police dragged them from the protest site without any prior notice or any dialogue. "We were taken to the Lanka Police station. They (the police) told us that we were arrested because we had occupied the public space and that it would cause traffic issues," said Anupam, a second-year PhD Scholar and the Secretary of the Bhagat Singh Chhatra Morcha (BCM). "But within a short time, hundreds of students gathered at the police station and demanded that the students be released. That helped and the police were forced to let us go," he added as he spoke to Edex on his way back from the police station. 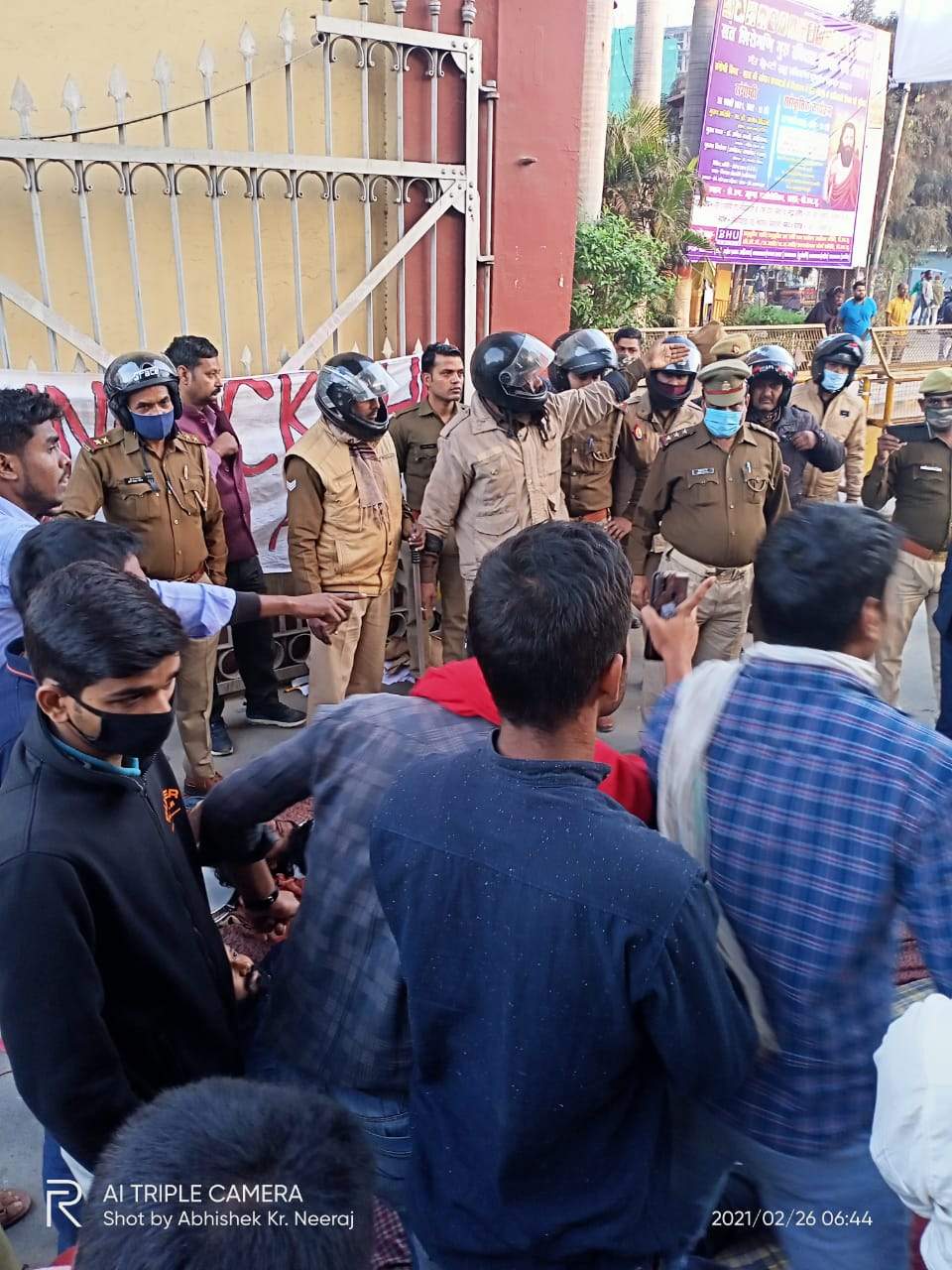 The students had earlier staged a protest for reopening the campus in December. That had an effect and the campus was opened for third-year students along with a hostel facility. The current protest was to open the campus for the other years and grant them hostel access. The university administration had reportedly informed the students on Thursday around 7.30 pm that they will not be responsible for the protestors' security and that they have asked the local administration for help.

We tried contacting the university, but there has been no response yet.