The Union Minister of State was invited at an ABVP event that the SFI union was protesting against. Things took an ugly turn once the minister reached the campus

The students of Kolkata's Jadavpur University have called for a protest march on September 20 at 4 pm condemning the violence on campus, which was, in their opinion, instigated by Union Minister of State and BJP leader Babul Supriyo on September 19. The march is due to start from the University Grounds. Bicycles were burnt, union room furniture and property destroyed and this violence, allegedly by the ABVP, also left three students hospitalised.

What really happened when Babul Supriyo came to JU? 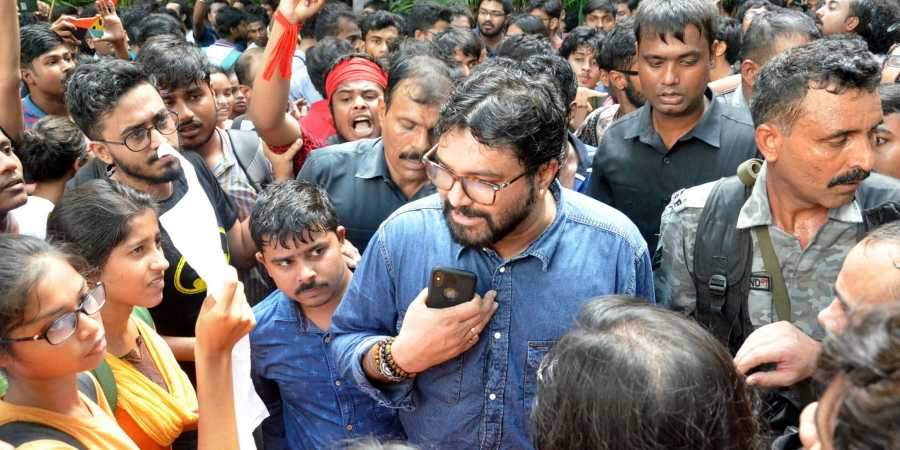 Jadavpur saw another bout of violence after the episode that initiated the Hok Kolorob protests four years ago that had Kolkata's youth unite against campus violence when Babul Supriyo arrived at the campus through Gate 3 at 2.45 pm to attend a Freshers' Meet organised by the ABVP at the University's KP Basu Memorial Hall. The minister was met with hundreds of protesters waving black flags and shouting 'Go Back' slogans. The SFI unit had condemned the ABVP event by calling it 'fascist'. But things got out of hand quickly once Babul stepped out of his car and started walking towards the venue, only a few hundred meters away. Students blamed the minister for the recent Asansol violence and said that BJP will never be able to implement the NRC in West Bengal even if it tried. Some students even sat on the path to block his way. Agnimitra Paul, the saffron party's latest recruit, also alleged that she was heckled, assaulted and that the students tugged at her sari as well.

Things escalated quickly when a student pulled Babul's hair in the midst of the scuffle. "If you want to debate the NRC I am game but why are you hitting me? I had performed here in 1989. It was not like this then," said an agitated Babul. Students later said that the physical assault was definitely uncalled for but accused the minister of provoking them.

The Vice-Chancellor, Dr Suranjan Das, reached the spot shortly and assured the minister that he would be taken to the venue once things "settled down" a bit. But the minister reportedly turned down the offer. 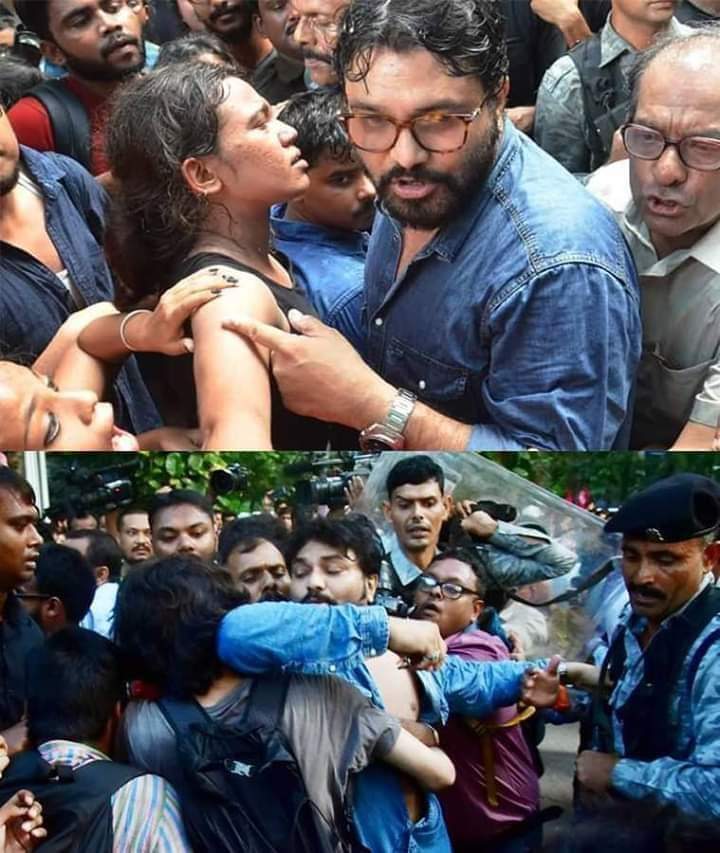 When It All Started: Babul got handsy with the students — both gender — and a scuffle broke loose (Pic: Social Media)

After a few futile attempts Babul and his armed guards were able to enter the auditorium a little after 4 pm. He addressed the students present applauding them for not being affected by the protests outside. "I did not come here to do politics. But I am saddened at the absolutely deplorable behaviour of some of the students of the university - the way they have heckled me. They pulled my hair and also pushed me," said the minister.

Babul was inside for more than and hour and by the time he came out around 5 pm the crowd of protesters had doubled, said sources at the university. "You want debate yet you won't let the opposition speak," said Babul.

The standoff with the students also sparked off a quarrel between the minister and the VC. "Why weren't you there to receive me?" shouted Babul and accused Dr Das of being the reason behind it all. "If you would have been there nothing would have happened. A Union Minister is coming to your campus and you did not bother to receive him. Why? You must have wanted this to happen. I am sure you are a leftist," said Babul. The minister had asked the VC to call the police but he declined and said that he would rather resign. To which Babul reportedly said that maybe he should.

After a standoff that lasted a couple of hours, the Governor, Jagdeep Dhankhar, arrived at the campus and came to Babul's rescue. He literally held Babul's hand and escorted him to the car while being surrounded by security officials, said university sources. But while Babul was led out of the university, he was surrounded by hundreds of students who sang songs of protest. Babul applauded them, hard to tell whether the singer-turned-politician actually enjoyed it or was being sarcastic.

That's when the violence broke out

But this was not the end of it. The actual violence had started in the meantime in front of Gate 4 as the Governor left with the minister from Gate 3. "Men in saffron robes, shouting Jai Shri Ram, Vande Mataram and Bharat Mata Ki Jai, lit up a couple of bicycles and threw burning tires at us. They tried to break in from the gate and threw acid bulbs at us," said a student who was present throughout. The ABVP members allegedly entered the Arts Faculty and vandalised the Union room and painted the word ABVP all over the walls. A local BJP leader also shared pictures of the same and called it a sort of "purification". 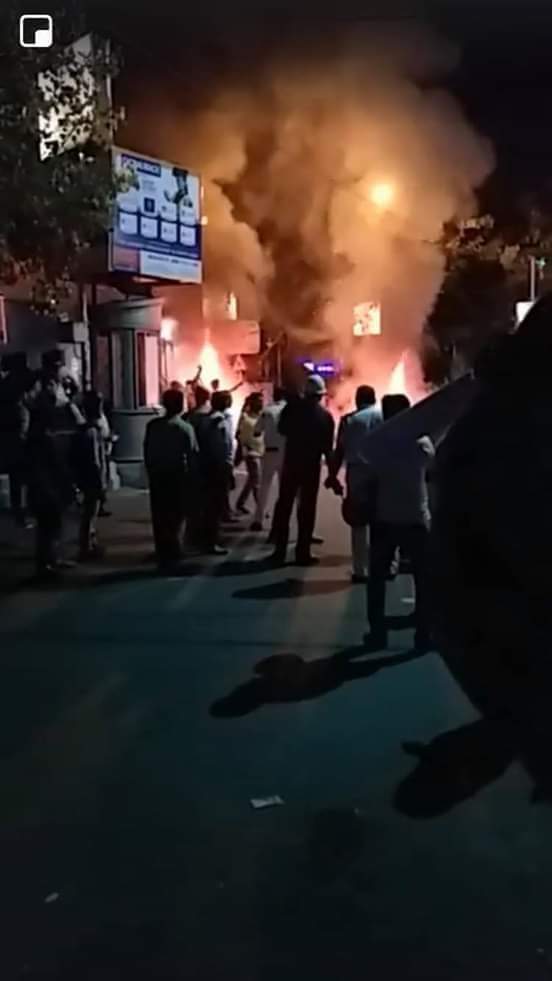 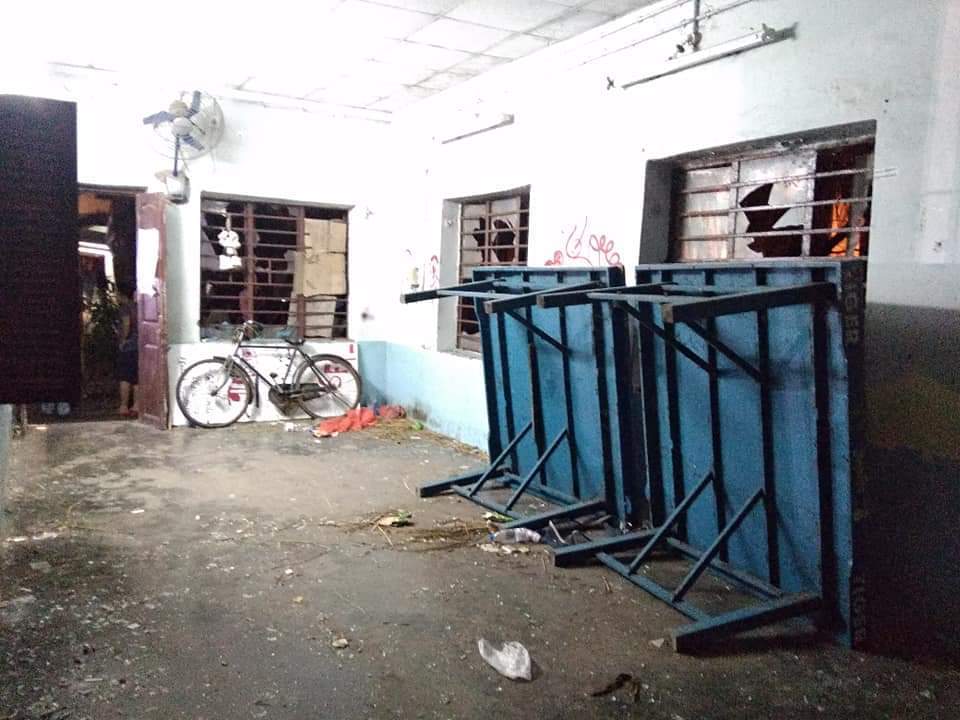 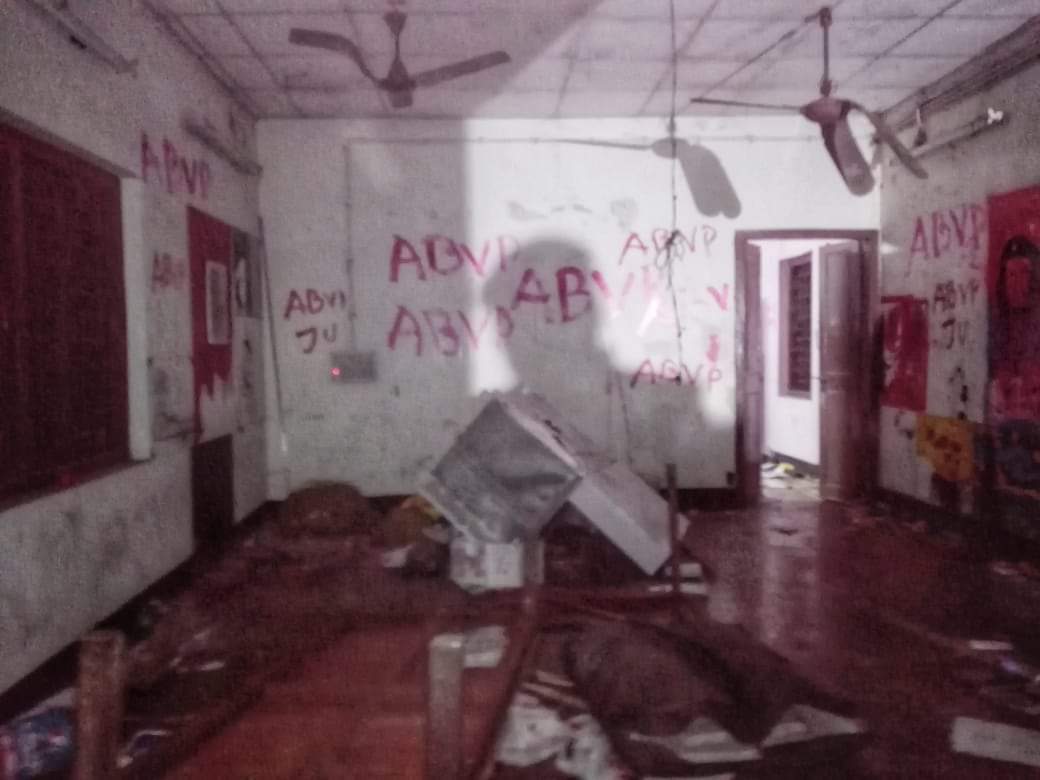 ABVP and Right-wing activists, allegedly, entered the building armed with hockey sticks and smashed their way through the union room, breaking everything from computers to furniture to signboards, said students. Several students were injured and three of them had to be hospitalised with severe injuries.