Come to my room, I will tell you who I am: How Babul Supriyo taunted Jadavpur University girl

The minister was, allegedly, heckled and assaulted by the students of Jadavpur University when he visited the campus for an ABVP meet

The Union Minister of State for Environment, Forest and Climate Change, BJP's Babul Supriyo, entered the Jadavpur University campus at 2.45 pm and left around 7 pm with the Governor. In these four hours that he was on campus, he claimed that he was heckled, assaulted, barricaded out by the students and no one listened to him at the university in Kolkata on September 19.

But the students painted an entirely different picture. The Arts Faculty Students Union, where SFI is in power at the moment, had organised a protest to 'greet' the minster. They had black flags, posters and slogans prepared. "We were going to protest against the fascist government, put up posters, show him black flags but we never planned violence inside the campus," said Debraj Koley, a postgraduate student of the Department of Film Studies. "Once he saw the media he made our protest into a circus. He pushed us, so did his guards, stamped on us and did not even care if there were women in front of him. He was just rampantly hitting people in front of him whenever the cameras were behind him. And with all this continued the taunting — he asked girls why they were wearing 'skimpy' clothes, what they come to the university for, whether we know the full form of NRC along with calling us names. He went on to tell a girl to join him in his room and he will show her who he really was," said Koley. Four other students, in the condition of anonymity, confirmed Debraj's account. "He wanted us to get agitated. He wanted a scuffle. Why else would he stay outside even when we said that we will make way for him to go inside the auditorium," said one of the students. Once Babul went inside, the students decided to gather around for a meeting to decide their course of action. "Till date, no one has ever waded through a students' meeting on campus. The minister attempted to sneak out behind the auditorium and was planning to wade through the bushes to avoid us," said Debraj. 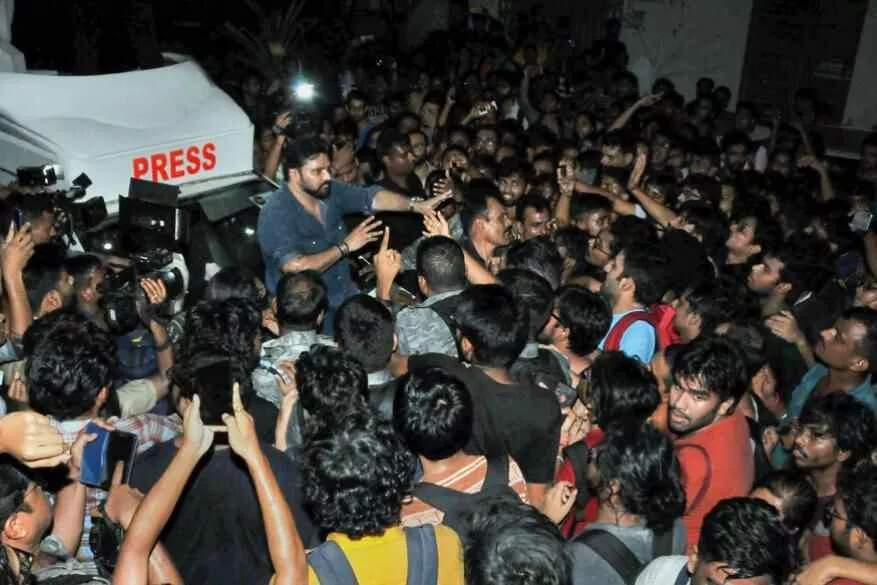 The minister, allegedly, went on taunting the students as he sat on the bonnet of a press van as the students continued singing songs surrounding him till the Governor came to his rescue. "When the Governor came he told us that he just wanted to speak to the minister and we let him through but then he escorted Babul Supriyo to his car. So, we sat in front of his car and demanded a dialogue with our Chancellor," said Debraj. "Right then we got the news that our union room is being vandalised and people are trying to break in from Gate 4. We rushed there to find that the miscreants have already broken in, destroyed the rooms, furniture, our certificate that were in our bags and everything else on their way and left. We locked Gate 4 again. The police just stood there throughout, did not move a finger. They kept saying they are waiting for orders. The goons who attacked us were not students. There were 30-40-year-olds who were burning the cycle tyres chanting Jai Shri Ram and Bharat Mata Ki Jai. They also threw acid bulbs at us," added the student. 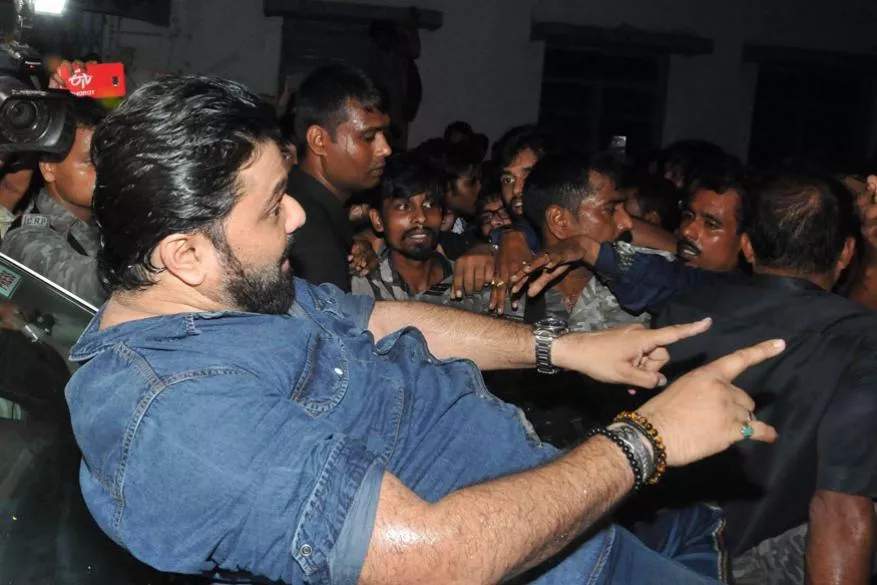 The Mamata Banerjee-led West Bengal government has criticised Governor Jagdeep Dhankhar for not consulting or keeping the state government in the loop before he went on his rescue Babul mission.