The lockdown at Jawaharlal Nehru University entered its third day with students continuing their protest on campus against the administration and specifically Dean of Students Umesh Kadam. The students have been fighting over various issues including a proposed hostel fee hike, electricity charges and mainly demanding the revocation of the 'regressive' draft hostel manual. Students from majority of JNU's 18 hostels have joined in on the protest as well.

The students are "mobilising students from every hostel to come out in protest". The students have been protesting at the School area from the morning armed with posters and slogans against the VC and the alleged 'curfew raj'. "Students from the hostels have been joining us to protest against the regressive draft hostel manual and we will continue our strike and protest till the administration listens to us," said Apeksha Priyadarshini, a member of Bhagat Singh Ambedkar Students Organisation (BASO) and a recently-elected Councillor in JNUSU. "The JNUSU will have a meeting to discuss the future course of action tonight at 9. 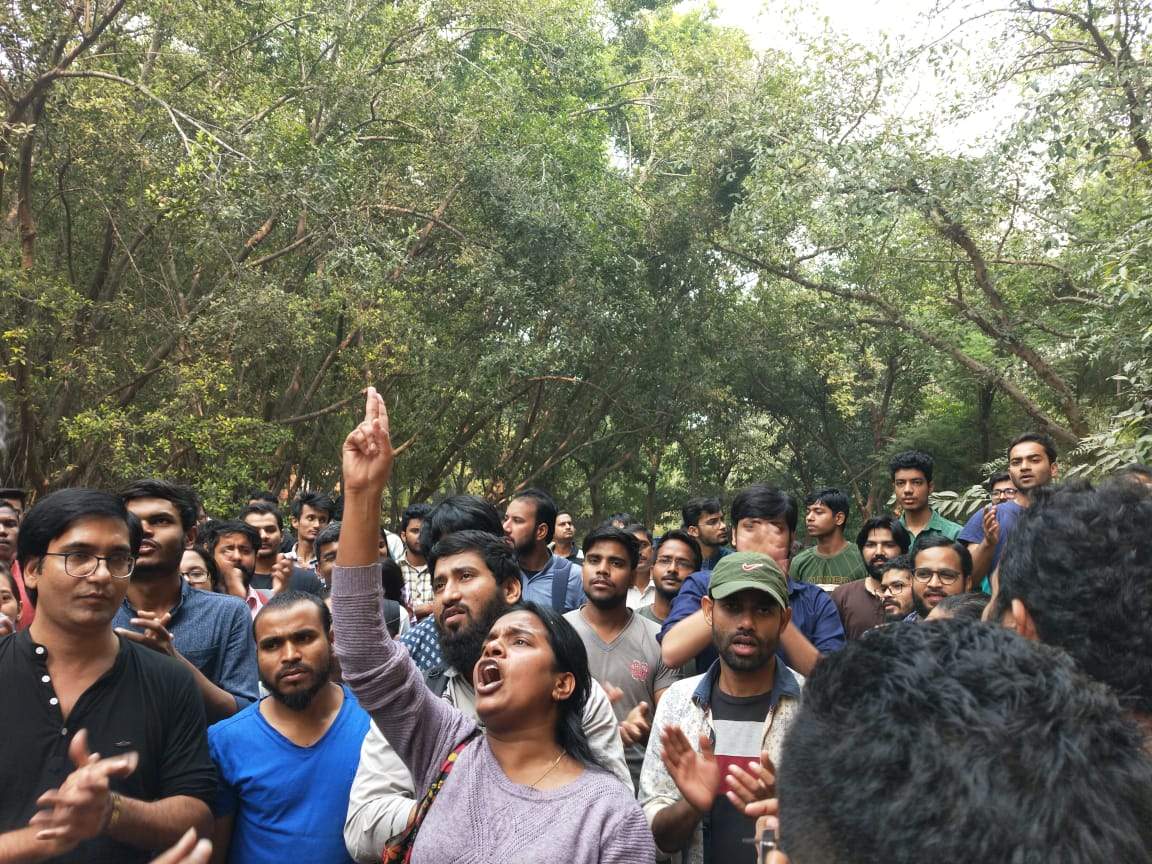 The residents of the Tapti hostel also put out a statement in solidarity with the JNUSU, "Tomorrow we will start a protest at the School area from our hostel by 10 am in solidarity with JNUSU. We will call another GBM on Sunday at 9.30 pm with all stakeholders like the senior warden, wardens, mess workers, other workers and residents of the hostel. On Monday we will call a lockdown of mess with an ultimatum to IHA and senior warden. We will constitute an Action Committee in our hostel with members from each wing. This committee will decide the line of action for the coming days." The statement also added that if no one pays heed or does not take their protest on record then the residents will call for a hunger strike. "Our hostel will release a statement of consensus which was decided in today's Hostel GBM with signatures from every resident. Copy of this statement will be submitted to the senior warden, warden and the IHA. We appeal to residents of other hostels to come out with more suggestions regarding these points," the statement further added.

The students' union has also declared Dean of Students Umesh Ashok Kadam 'out of bounds' in light of the recent events on campus. "Umesh Ashok Kadam. Professor, CHSJSSS, and Dean of Students has been found to be involved in anti-student activities, including the illegal violation of the order of the Hon'ble High Court Judgement dated 170919, WP (C) 9707/2019. and the undemocratic and illegal passage of the Draft Hostel Manual 2019. These acts constitute a serious breach of the democratic ethos of the University and constitute Moral Turpitude, which is in violation of Section 31(c) of 'The Jawaharlal Nehru University Act of  1966 (53 of 1966) & the statutes of the University' (As modified up to 1st January. 2016). The Competent Authority thereby orders that Umesh Ashok Kadam, be declared to be out of bounds, with immediate effect. Anyone giving shelter to Umesh Ashok Kadam in any premises of the University shall be considered to be a party to the offences of Kadam. If he has to come to JNU for any academic purpose, he has to seek official permission from the Office of the JNU Students' Union, 10 days prior to the visit," said the official statement from JNUSU. 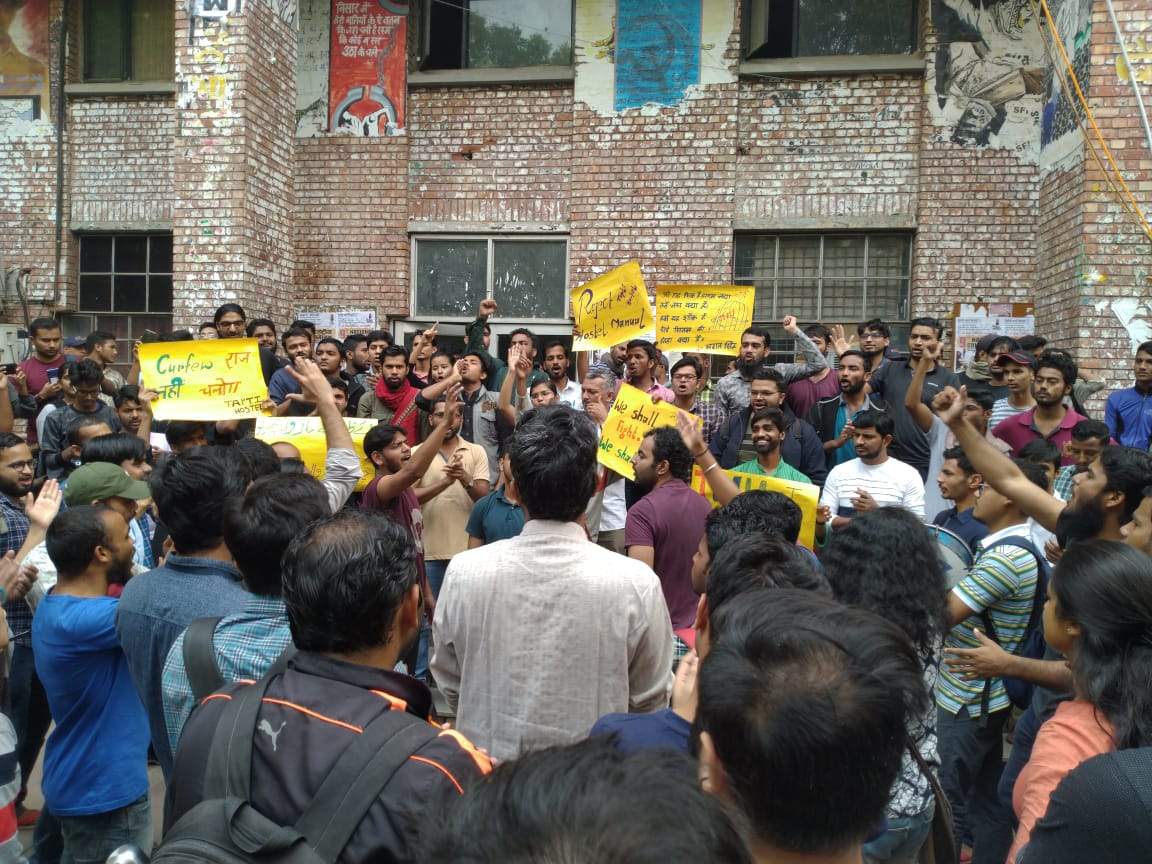 The strike on its second day on Wednesday saw thousands of students across the schools and centres at the varsity participate in a poster making programme conducted by the JNUSU to send their demands and requests to the JNU administration. The protests began when the JNU students' union alleged that the union members were not called to the IHA meeting on Monday that took place to make decisions on certain relevant issues concerning the hostel timings, fees and more. As students forcibly tried to enter, the Dean Umesh Kadam left the venue citing some health issues caused due to the chaos. On Monday, some students had allegedly blocked an ambulance and stopped doctors from meeting the Dean, following which authorities threatened to take "severe action" against them. However, JNUSU denied indulging in any violence during the protest.