The Court asked the father to find a lawyer to apply for permission to take her to Mahatma Jyotiba Phule Rohilkhand University to finish her admission, though she is currently in the state's jail

After the turbulent turns the Chinmayanand sexual harassment case has been taking, a local court has allowed the law student who accused the former BJP MInister to get enrolled in another college. She will be taken to the Mahatma Jyotiba Phule Rohilkhand University (MJPRU) to complete her admission formalities.

The local court in Uttar Pradesh ordered the police to take the law student who named former Union Minister Chinmayanand in a sexual harassment case to the University in Bareilly so that she can handle the paperwork — without losing an entire year. The case that she has filed against Chinmayanand and the case that has been counter-filed against her are still sub-judice. "On the orders of the CJM, a police team took the girl under security cover to Bareilly college." Superintendent of Police S Chinappa told PTI. Jailor Rajesh Kumar Rai said the girl was taken at around 7 am.

Based on the directions of the Supreme Court, the chief judicial magistrate, on Thursday, accepted the application of the student's father of the and ordered the jail superintendent to take her to the Mahatma Jyotiba Phule Rohilkhand University (MJPRU). 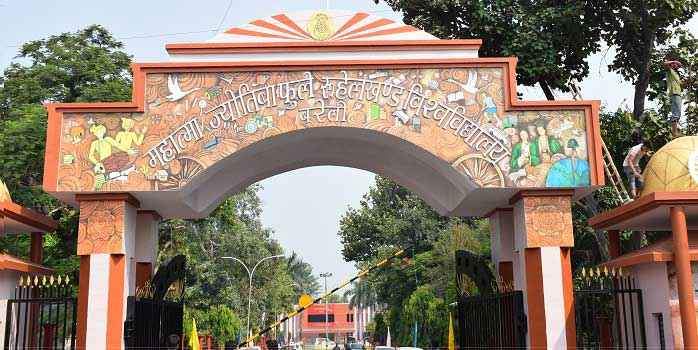 But it did not happen without trouble. The girl's father said that only one lawyer was willing to help them file the additional application, "When we met the district magistrate on Wednesday, we were assured all necessary assistance. Later in the day, we were told that we will have to seek permission from the court. Most of the lawyers refused to file my application due to Chinmayanand's pressure. We are all aware that most of the lawyers practicing in Shahjahanpur have graduated from Chinmayanand's college only. Later, a lawyer Kalvinder Singh agreed to file my petition."

Kalvinder Singh also agreed that the application to take her from jail to the college should have been handled by the government, as she was in their care,  "The Supreme Court had, on September 2, directed the additional solicitor general to ensure that the woman and her younger brother get admission to a different law college in Bareilly. Since the law student was lodged in the district jail, it was the responsibility of district administration to ensure that she was produced in Bareilly for admission. The application that I had filed should have been filed by government counsel." 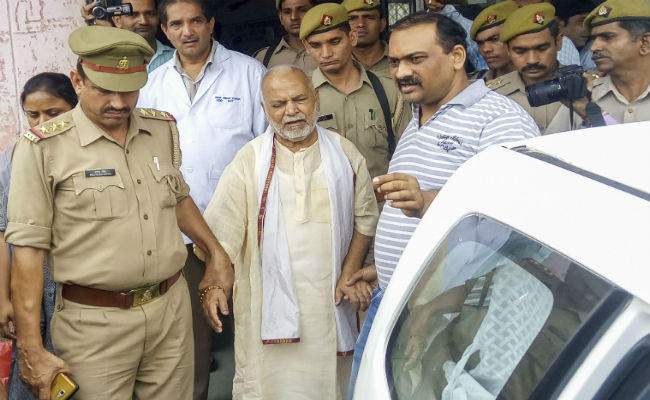 Chinmayanand being brought out of court

The judge had other ideas, though. Shahjahanpur District Magistrate Indra Vikram Singh said, "The responsibility of her admission lies with the family. They are supposed to approach the court for seeking permission to send her to Bareilly as her admission is their personal issue."

Earlier in the day, the district judge rejected the bail plea of Sanjay, one of the co-accused in the extortion case. The law student along with her friend Sanjay, Vikram and Sachin were charged under various sections of the IPC for extortion, criminal intimidation, disappearance of evidences and 34 acts done by several persons in furtherance of common intention and under the Information Technology Act for allegedly demanding money from the former Union Minister.

Chinmayanand is accused of sexually exploiting a woman student of a law college run by his society. He is lodged in the jail following his arrest in a case registered against him under section 376C of the IPC, an offence pertaining to the abuse of one''s position to "induce or seduce" a woman to have "sexual intercourse not amounting to the offence of rape".

The former Union minister also faces charges of stalking under section 354 D, wrongful confinement under section 342 and criminal intimidation under section 506 of the IPC. On October 16, a magisterial court prosecuting Chinmayanand, adjourned the hearing of the case to October 30.

The court deferred the hearing after briefly taking it up through video conferencing. "Chinmayamand had to reach the court for hearing but due to security reasons, the hearing was done through video conferencing," Chinmayanand''s lawyer Om Singh had said. He said judicial magistrate Gitika Singh fixed October 30 as the next date of hearing after conducting it briefly. On September 25, the law student who has accused Chinmayanand of sexual exploitation was arrested on charges of extortion.