After Firoz Khan was appointed through the proper channels, students staged a sit-in protest for the entire day and asked for the appountment to be repealed immediately — but to no avail yet

The appointment of a Muslim assistant professor in the literature department of the faculty of Sanskrit Vidya Dharm Vigyan (SVDV) of Banaras Hindu University (BHU) has triggered a series of protests. Research scholars and students of the department started a sit-in protest at Holkar Bhawan near the Vice-Chancellor's residence on the varsity campus from Thursday. Reports have indicated that Firoz Khan has been appointed as an Assistant Professor in the Sahitya department at BHU.

Rather strangely, they played musical instruments to attract attention towards their demand. They are insistently demanding the cancellation of the appointment of a 'non-Hindu'. The protestors, in a letter to the BHU vice-chancellor Rakesh Bhatnagar, have claimed that the varsity's founder, late Pandit Madan Mohan Malviya had termed the SVDV faculty as the heart of the varsity. "The stone plate of the faculty also contains the message that this institution is for cultural, religious, historical debates and discussion of Sanatan Hindus and their direct or indirect branches like Arya Samaj, Buddh, Jain, Sikh, etc," the letter pointed out.

The protestors said that despite knowing all these facts, a 'non-Hindu' has been appointed, which seems to be a conspiracy. They allege that as the new appointment is against the soul and spirit of the institution, it should be cancelled immediately. 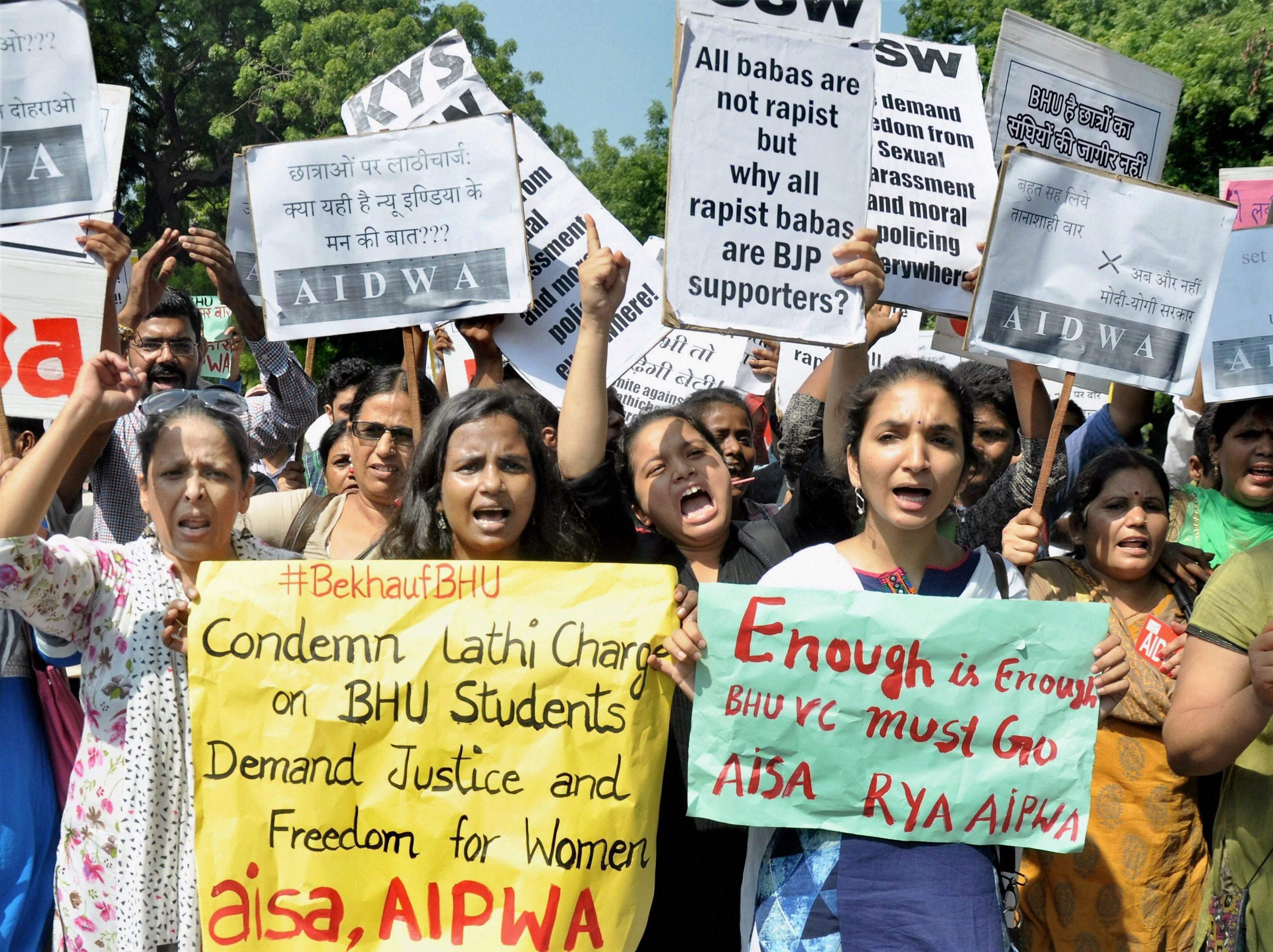 There have been a slew of protests at BHU | Pic: AIDWA