After several cases of consumption of alcohol, tobacco and gutka in the class, teachers have approached the Education department to take concrete measures

Three weeks ago, a government-aided school teacher in Coimbatore was welcomed to a Grade XI classroom by an uncommon smell. She quickly recognized it to be the smell of alcohol and found out that one of the students had shown up to the school quite drunk!

This livid teacher immediately threw him out of the class and searched his bag and was shocked to find packets of chewing tobacco. An inquiry followed, which revealed that several other students also shared the habit of chewing tobacco.

This was not the only case as a Class XII student of a government school was also caught supplying marijuana to other students. This issue came to light when he picked up a fight with his friends in the class under its influence.

In both cases, the students were suspended for a brief period of time and allowed to return to school with a warning.

With such incidents being reported frequently, teachers joined hands and petitioned to the Chief Educational Officer, R Murugan, for concrete measures to address this growing problem. 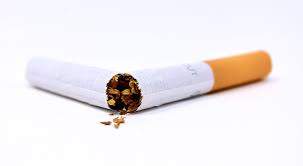 Several incidents of tobacco use among students have been reported

Tamil Nadu High and Higher Secondary School Graduate Teachers Association district president, T Arulanadham, says that the students seem to have little regard for discipline, with many of them using tobacco during class.

Even students as young as 12-years-old have been found using tobacco, says a District Tobacco Control Cell official.

If they were to use it frequently, it is bound to affect their physical and mental health, the official warns, adding that their department has now taken to running awareness programmes in schools too.

VR Pattabiraman, a pulmonologist, says that children who begin using tobacco at a very young age will continue to do so well into old age; the earlier they start, the more difficult it will be for them to give it up.

The specific rules notwithstanding, the sale of tobacco products in close proximity to schools and colleges and to underage children continues to go unchecked across the State.

With the police unable to keep a watch on all petty shops, students find that they can easily buy tobacco and gutka.

The Cigarettes And Other Tobacco Products Act, 2003, lay it out in simple terms — no one can sell tobacco products to a person under 18 years of age or within 100 yards of any educational institution.

While the police have been able to curb illegal activities of wholesale sellers, they fail to monitor petty shops and have been accused to allow them to sell tobacco for a handsome bribe.

DCP (Law & Order) L Balaji Saravanan says the public can contact the toll-free no. 6384200100 to report on the sale of tobacco to students.