CRPF jawans were spotted on campus near the Birsa Munda Marg. A JNU student unionist put out a tweet followed by several others asking why there were special forces on campus

The students of the Jawaharlal Nehru University filed a missing person report for JNU VC Mamidala Jagdesh Kumar at the Vasant Kunj North Police Station in Delhi. In case you're wondering, no, he is not really missing. But the students said that they have not heard from the VC in a long time and they would really like to talk to him. JNU Students'Union President, Aishe Ghosh said that the police have filed an FIR and they have also posted a missing poster — as satirical as their complaint — on the station's notice board. 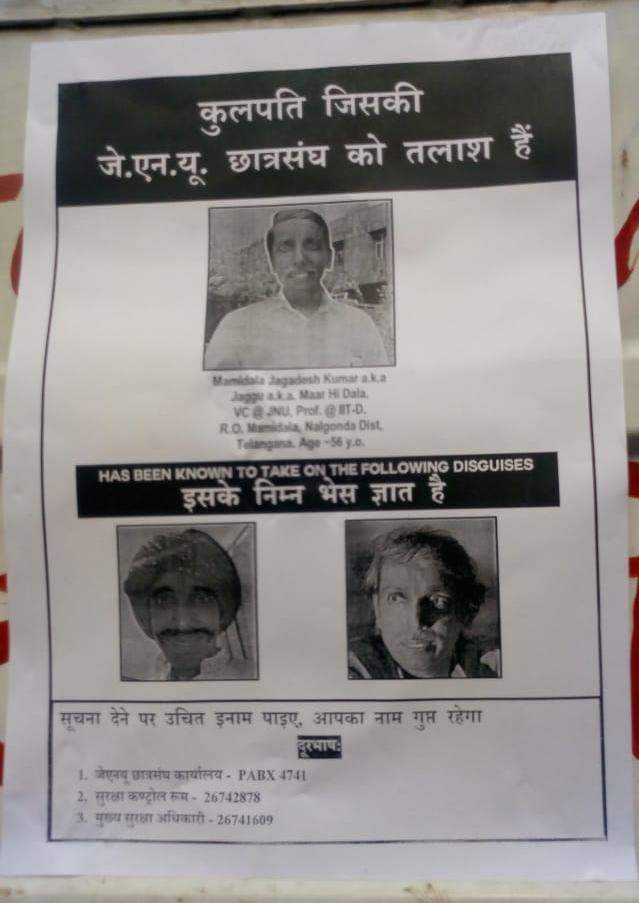 The FIR that was accepted

"We have been trying to talk to him for so long but have not received any answer from him. We think he has gone missing. Thus the silence," said Former JNUSU President N Sai Balaji, one of the leaders in the forefront of the lockdown movement that entered its seventh day today. The students had issued an ultimatum, that expired at 12 pm today, to the university administration to respond to their demands about various issues including a proposed hostel fee hike, electricity charges and mainly demanding the revocation of the 'regressive' draft hostel manual.

Earlier today, CRPF jawans were spotted on campus near the Birsa Munda Marg. Balaji put out a tweet followed by several others asking why there were special forces on campus. Is there an imminent cause for violence? "The Delhi Police have been informed and they are looking into it to find out how the personnel got in," said Balaji, who had tweeted photos that showed a handful of the paramilitary personnel at the Birsa Munda Marg. "Why is the CRPF here? To defend the massive fee hike in JNU?" asked Balaji and also threw a challenge at the VC, "Let's see who is stronger Mamidala."

In response to the students' ultimatum, the Registrar, on Sunday night, had sent across a note of "caution" to students, warning them against protesting at the Administration Block as it had been prohibited by a Delhi High Court order. "Several pamphlets have come to the notice of the administration calling for Satyagraha and Marches and calling for students to assemble or pass through legally prohibited areas of the campus. This is to caution those who are planning to take part that this will be clear contempt of the decision of the Delhi High Court," read the Registrar's notice. He also added that "peaceful protests" could be conducted at the Sabarmati Lawn as per JNU's rules. 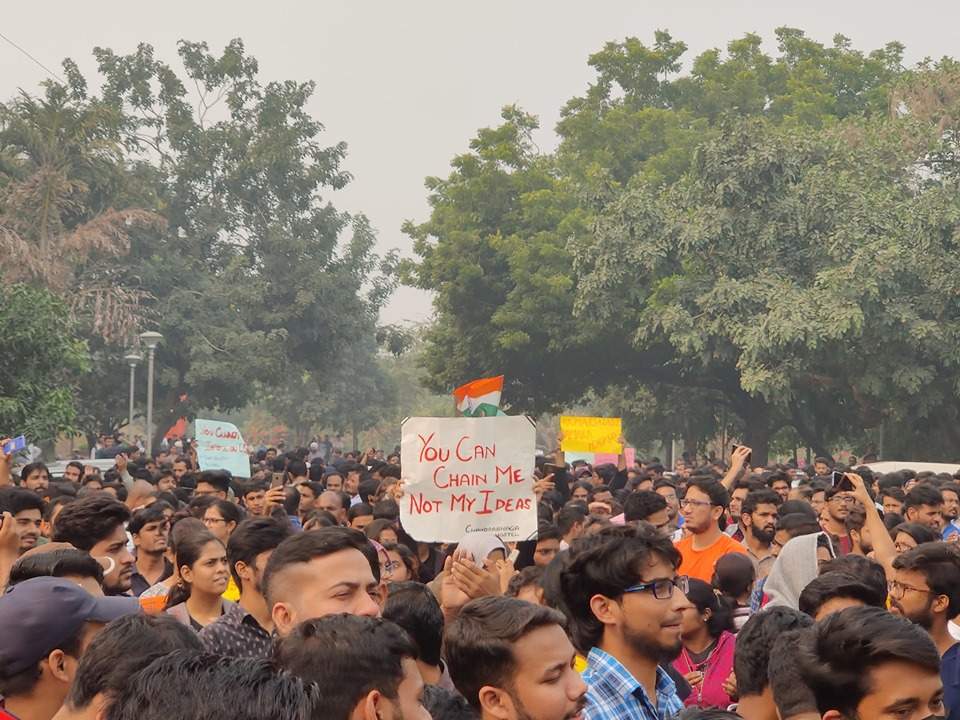