CRPF in JNU? Students accuse VC of calling in the cavalry, as lockdown escalates

The students had issued an ultimatum, that expires 12 pm today, to the university administration to respond to their demands, failing which the lockdown would escalate. What will happen next?

Will there be violence at JNU today? The administration must be expecting it because they have reportedly increased security cover at the campus. Capping an unprecedented stand-off between the administration and the Students' Union, the students of Jawaharlal Nehru University alleged that the Vice Chancellor, Mamidala Jagdesh Kumar had called the Central Reserve Police Force to the campus — but they are not yet clear why the administration resorted to such a move. The students informed the Delhi Police after CRPF jawans were allegedly spotted at the Birsa Munda Marg early on Monday.

"The Delhi Police have been informed and they are looking into it to find out how the personnel got in," said Former JNUSU President, N Sai Balaji, who had tweeted photos that showed a handful of the paramilitary personnel at the Birsa Munda Marg. "Why are the CRPF here? To defend the massive fee hike in JNU?" asked Balaji and also threw a challenge at the VC, "Let's see who is stronger Mamidala."

Why are the guards on the JNU campus | Pic: JNUSU

After a series of moves that were considered tough on students — including an attempt to lock the Students' Union office, a fee hike, refusing to recognise the Union and so on — the students had issued an ultimatum, that expires 12 pm today, to the university administration to respond to their demands about various issues including a proposed hostel fee hike, electricity charges and mainly demanding the revocation of the 'regressive' draft hostel manual. The JNU Lockdown completed a week this Monday.

In response, on Sunday night, the Registrar had sent across a note of "caution" to students, warning them against protesting at the Administration Block as it had been prohibited by a Delhi High Court order. "Several pamphlets have come to the notice of the administration calling for Satyagraha and Marches and calling for students to assemble or pass through legally prohibited areas of the campus. This is to caution those who are planning to take part that this will be clear contempt of the decision of the Delhi High Court," read the Registrar's notice. He also added that "peaceful protests" could be conducted at the Sabarmati Lawn as per JNU's rules. 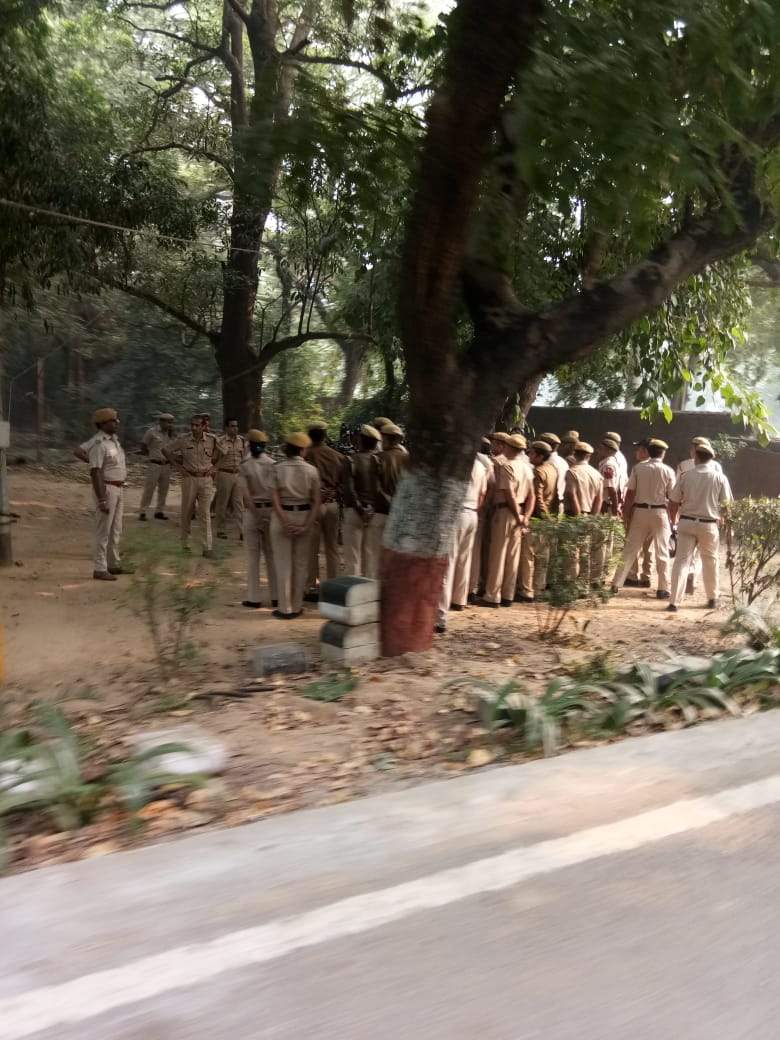