He is an engineer in Electronics and Communication which he pursued from Pune University. He considers AH Devadas, an expert in the subject of Science

It is easy to fall in love with an interesting subject like Science. But how many have the ability to make others fall in love with the subject too? We found one such science exponent who has been making students fall in love with the subject again. Hailing from a village called Pasivedala in Andhra Pradesh, SG Srinivas has been working on Science models and experiments for years through his initiative Scientific Students. His aim? "How can one convert knowledge into wisdom and apply it in day-to-day life," says the 53-year-old. He has taken it upon himself to uplift the scientific temperament of students of classes V to IX. This is because every kid is born a scientist and as they grow up, they become 'touch-me-nots', as per Srinivas, meaning, they become less and less receptive of experimenting. That's why he wants to target the young ones. 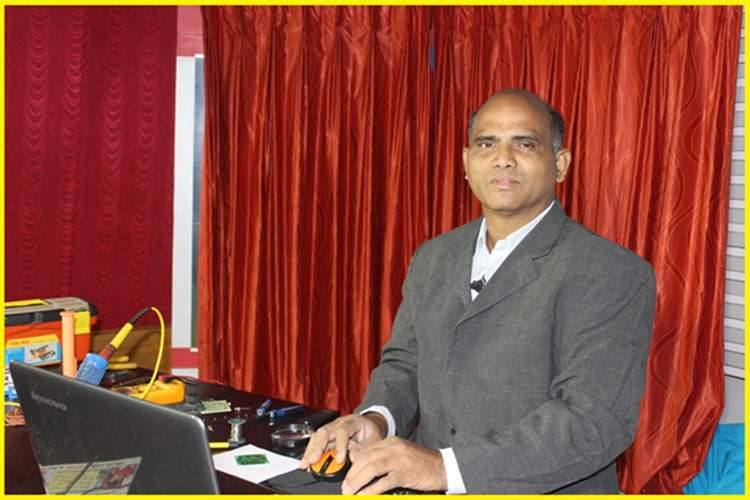 Coming to what Srinivas does, in 2010, he started Science Demonstrations in government schools, prior to which he conducted extensive research on how subjects are taught and how they ought to be taught. He used to take various gadgets to schools like automatic street lights (a sensor which switches street lights on and off as per requirement), water level indicator (which detects when a water tank is full) and many more to explain the scientific concepts behind them and link it directly to their textbooks. He has taken so many of these that he has lost count. This wealth of knowledge is available on his website and his YouTube channel for anyone and everyone to take advantage. To no one's surprise, Srinivas was a first bencher as a student. He was perpetually curious and credits his class VI teacher who used to bring experiments to class to explain concepts to students. Recently, he felicitated her for all that she has done. 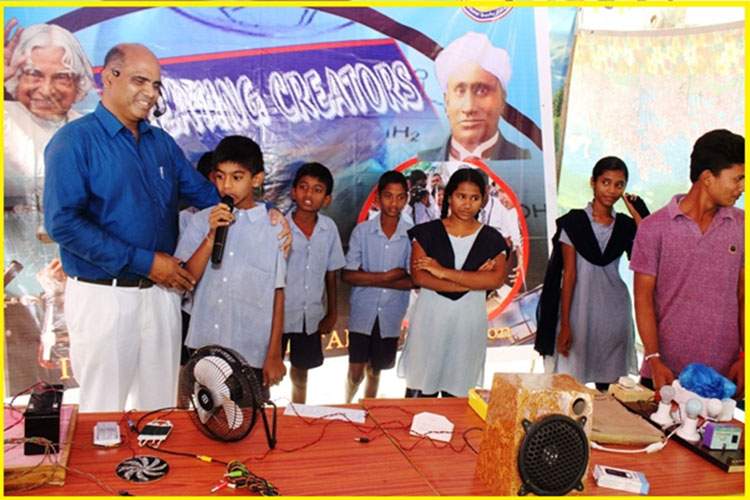 Encouraged to speak: Students during a session | (Pic: Scientific Students)

Then, Srinivas moved on to conduct workshops and to date, he has conducted 20 of them. In these workshops, like the Children Circuit Lab which has various levels from a sound-operated switch to a robo lab, he encourages children to build and learn. He has even conducted these workshops for teachers, as many as 2,000, to help them teach better. "I have decided to dedicate myself to this cause," he states with determination. Srinivas has worked in the US and it is from his friends in the US and associations like the Telugu Association of North America (TANA) that he gets funds to carry out his ambition. He conducts various kinds of seminars and workshops and attends many of them too, to keep learning new and better ways to teach. He has been to schools like Sri Chaitanya Techno School, Tanuku; KVR Talent School, Rajahmundry; Deepti English Medium School, Kovvur; MGM High School, Hyderabad and he plans to visit many more. "Hopefully, with my guidance, I can nurture the next CV Raman or Dr Kalam," he says. For more on them check out scientificstudents.com