Prime Minister Narendra Modi, Prakash Raj, Kamal Haasan and many other political leaders and film stars mourned the death of noted actor, theatre personality and Jnanpith Award winner Girish Karnad's death on Monday morning. He died at the age of 81 at his residence in Bengaluru after a prolonged illness.

Karnad was born in Maharashtra and was a multi-faceted writer, director, playwright and actor. The veteran writer was also a Rhodes Scholar from Oxford University, in the 1960s where he completed his Master of Arts degree in philosophy, political science and economics.

PM Narendra Modi remembered Karnad for his 'versatile acting' and tweeted saying that his works will continue being popular in the years to come. 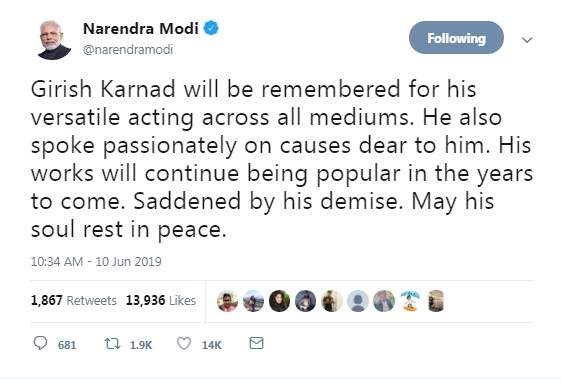 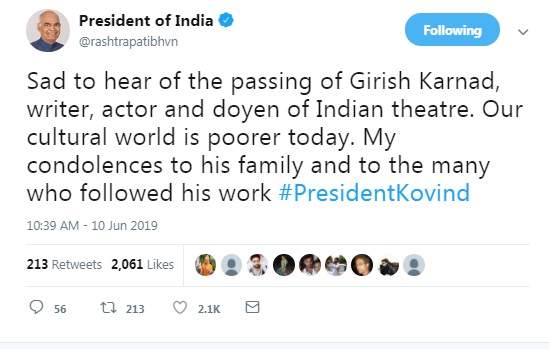 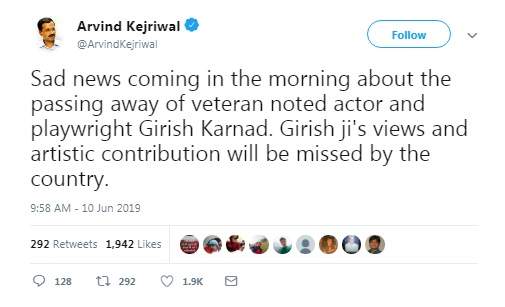 Actor-turned-politician Kamal Haasan wrote, "His scripts both awe and inspire me. He has left behind many inspired fans who are writers. Their works perhaps will make his loss partly bearable." 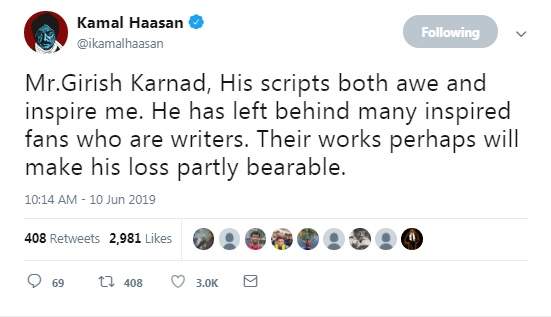 While Prakash Raj said this: 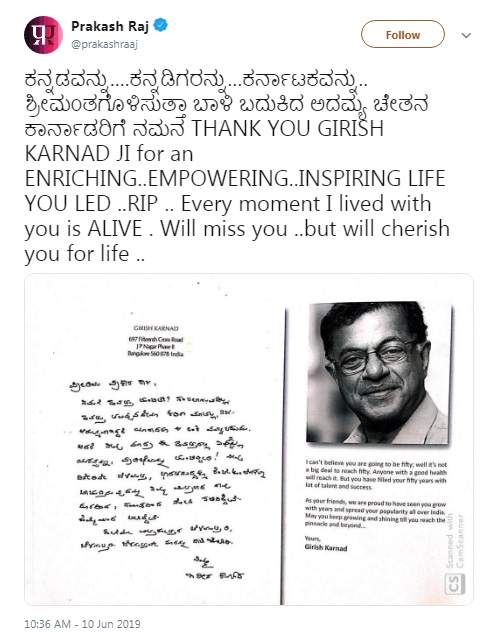 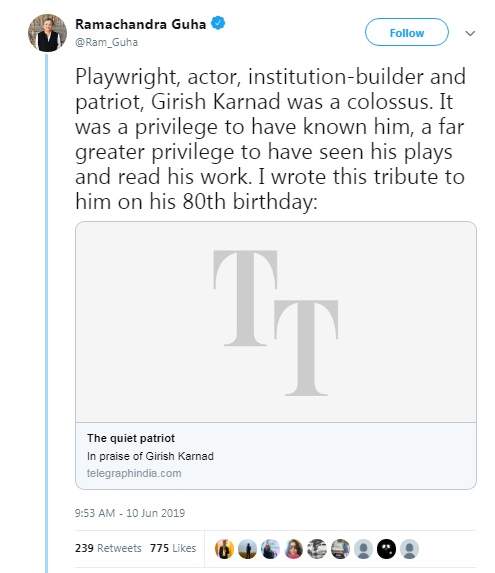