Students on their way to the protest at UP Bhawan in Delhi on Friday afternoon, were detained by the Delhi Police at various points in the city. Two buses carrying them were detained at different place on the way — one bus was being taken to Mandir Marg police station that had 21 people on it and the second bus was detained from Maharani Bagh. Delhi Police has allegedly cordoned off a one kilometre radius around the UP and the Assam Bhawan extending up to Kautilya Marg.

In a live video posted by one of the student protestors, a female student is seen asking a CRPF jawan not to touch her after he's seen brushing past her towards the front door of the bus. Female police officers were also present inside the bus. Students can be heard telling the officers that they are not criminals and asking why they are not being allowed to peacefully protest. One of them is heard asking the police why they are being picked up randomly from the road and on what basis. 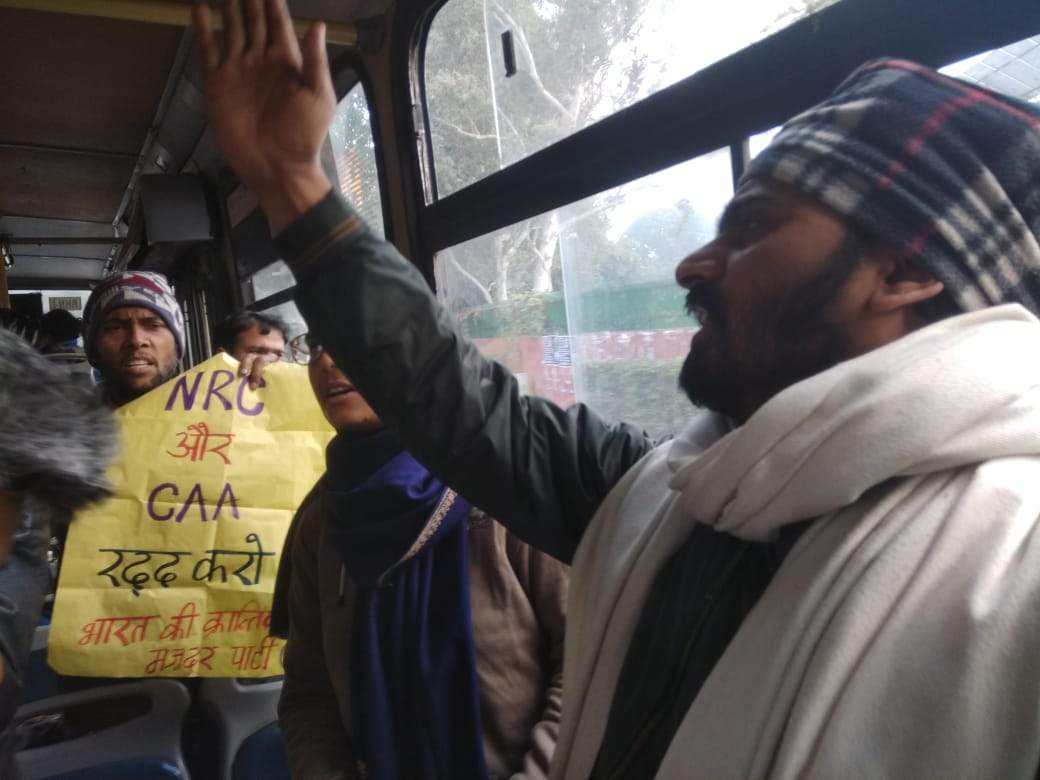 Several students from the Jawaharlal Nehru University also on their way to the protest were detained and taken to the Mandir Marg Police Station.

The student protestors were on their way to the UP Bhawan for a gherao on Friday afternoon that was called by the Jamia Coordination Committee, which was formed after the police brutality at the institute on December 15. The JCC has demanded the resignation of the Uttar Pradesh Chief Minister Yogi Adityanath and held him responsible for the alleged police excesses against those protesting against the Citizenship Amendment Act (CAA) and National Register of Citizens (NRC). Among other demands, the JCC has also asked the UP government to restore the damages caused during the violence at the educational institutions across the state, especially Banaras Hindu University and the Aligarh Muslim University. They have put forward several demands through a memorandum addressed to the UP Governor Anandiben Patel.