Students who were part of the protest met the IIT-M Director and said that he listened to them and agreed to hold a townhall soon to listen to their concerns and address them. What will happen next?

Following the unexpected closure of the Krishna Gate at the Indian Institute of Technology - Madras early on Wednesday, IIT-M students conducted a peaceful protest on Thursday starting from the Central Lecture Theatre (CLT) to the Director Dr Bhaskar Ramamurthi's residence. They did this in order to discuss the unexpected and sudden closure of the gate without any prior notice. There were over a hundred students who participated in the protest along with the elected representatives of the institute.

On Tuesday night, the prestigious institute's gate had allegedly been closed as the administration claimed that there was a security risk owing to the entry of outsiders to the campus — specifically during the recent protests against the Citizenship Amendment Act. A wall was also being constructed near the gate, which was halted after the students began protesting.

The Ambedkar Periyar Study Circle (APSC) and ChintaBar, the student bodies present on campus also took part in the protest and expressed their solidarity. ChintaBar in its statement demanded that the IIT Madras administration withdraw its decision to close the gate and open it with immediate effect and not take up any further measures to curb the free movement of the students on campus. The next semester is due to start in the next fortnight and research scholars have paid up to Rs 60,000 to get rooms closer to the Krishna Gate just because it is more accessible than the others in the 617 acre campus. 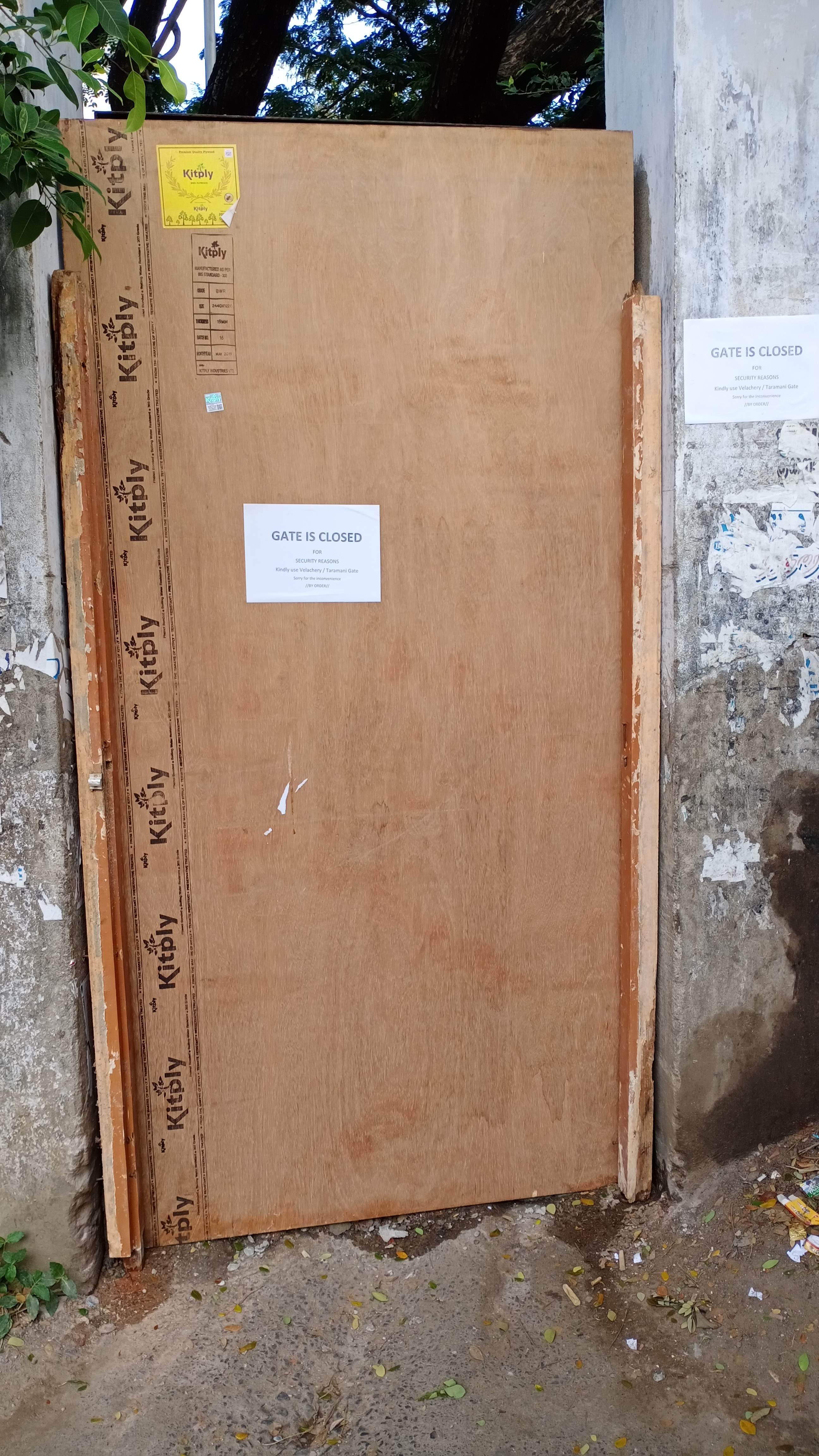 According to the PhD researcher who was present during the meeting, the Director agreed to participate in a townhall to resolve the issue. "During our discussion with the director, Dr Ramamurthi informed us that he will conduct a townhall on Monday, December 30, and listen to our grievances related to the issue. We will be continuing our protest in front of the admin block untill our demands of opening the gate are met," he said.

Why is this gate so important to students? "The research scholars and other students staying near Gandhi Road, who work through the night in labs are facing serious difficulties due to closure of the gate," a student from IIT Madras told Edex. Students also use the Krishna Gate to commute to the xerox shops nearby and even to the restaurants, eateries present near the campus. The students of Kendriya Vidyalaya IIT, the Vanavani School and a lot of women staff from IIT Madras also stay just outside this gate.

What has really riled the students up is that no prior notice was given, "No student representative or student was informed before this decision was taken. They had also been building a wall near the gate which they stopped constructing as the students protested against it. We have demanded that the administration speak to us regarding the issue," said Kushal, the student General Secretary, in an email to students.