Sonamika Roy talks about her mission of enrolling more and more students in Odisha’s oldest government school, and her dream of starting her own school, where children learn at their own pace

Convincing people in the slums to send their children to schools has never been an easy task for educators. Sonamika Roy, however, has been successful in enrolling and retaining a large number of slum children and dropouts in Capital High School, one of the oldest government schools of Odisha.

Set-up in 1951 in Bhubaneswar, the school aims at providing education to underprivileged children. The headmistress of the school, Sonamika took charge three and a half years ago when, despite, the massive infrastructure, the enrollment was not up to the mark.

There were only 800 to 850 students then. “We had to begin by motivating parents to educate their children. We formed teacher groups to identify different slum clusters that are close to the school. 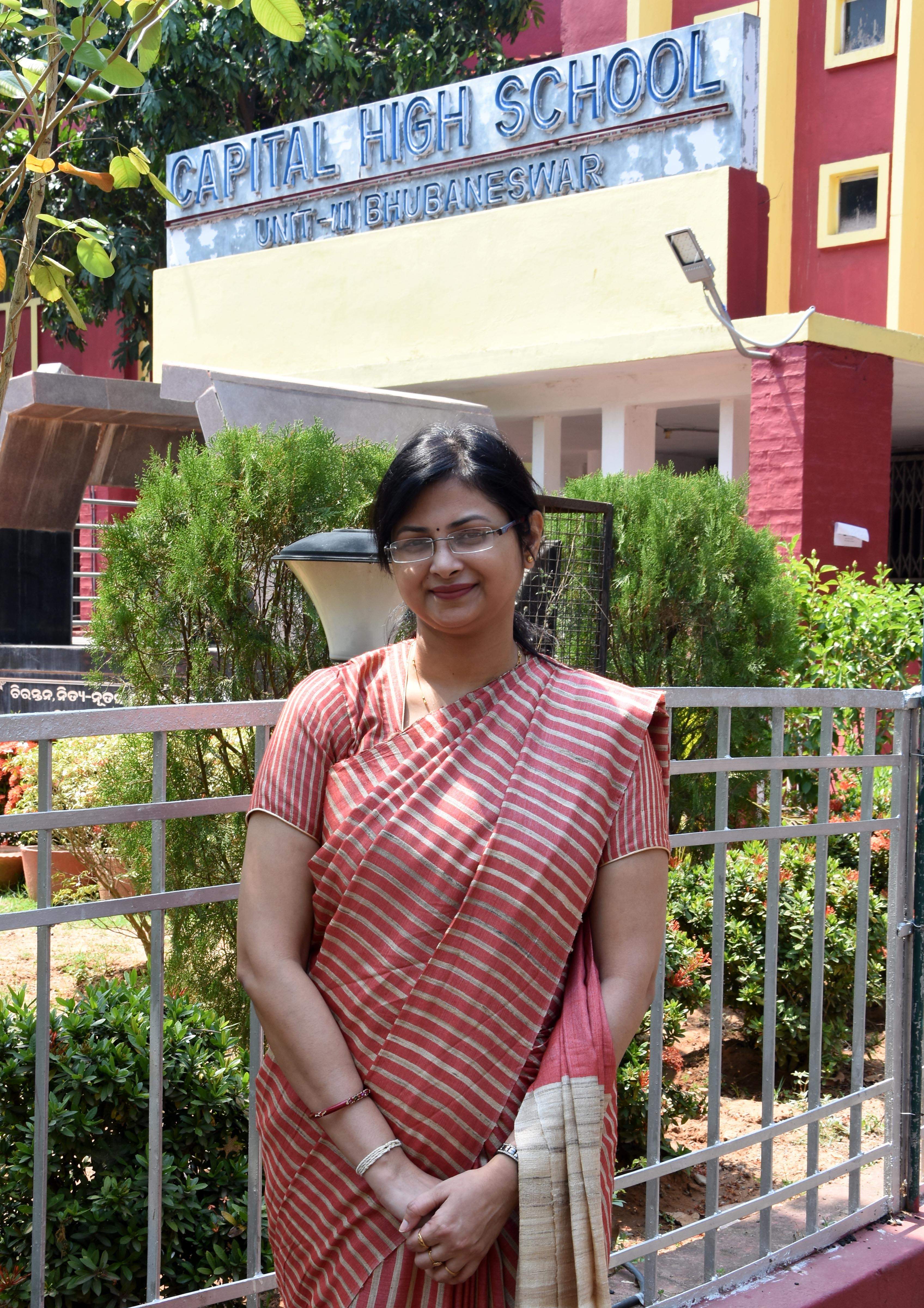 Fulfilling Purposes: Sonamika strived to get the school meet its purpose of providing education to the underprivileged children

We identified nine slums and literally began badgering the parents to send their children to school. It did not work at first, but since perseverance was the only way forward, and we had to pursue the issue with them. Our teachers would visit the families and I would call them up almost every day requesting them to send their children,” she recalls. Currently, the enrollment stands at 1,203.

The biggest problem she faced was convincing the parents to enrol their children. Sonamika recalls how the children would help their families by selling food and would have to stop if they went to school. She said that the problem with slum dwellers is that they always live in the present with little thought about the future.

“They do not realise that education can be a life changer, which is why they never give importance to educating their children,” says Sonamika, who was selected for the post after clearing the Odisha Education Service (OES) examination. Even as the enrollment increased over the three years, retaining children took a lot of effort by the school’s administration.

Initially, there was a majority of students who would remain absent from school and only be seen during admissions or distribution of free uniforms and cycles. In a class of 60, at least 25 students would remain absent and their parents never responded to our queries about their wards. This, however, has stopped to a large extent now due to frequent follow-ups by teachers

Currently, she focusses on training a group of ten students of class X to excel in the higher secondary examination. While the headmistress had close-circuit cameras installed in class IX and X to monitor classroom activity, she holds additional classes for these ten students every day. 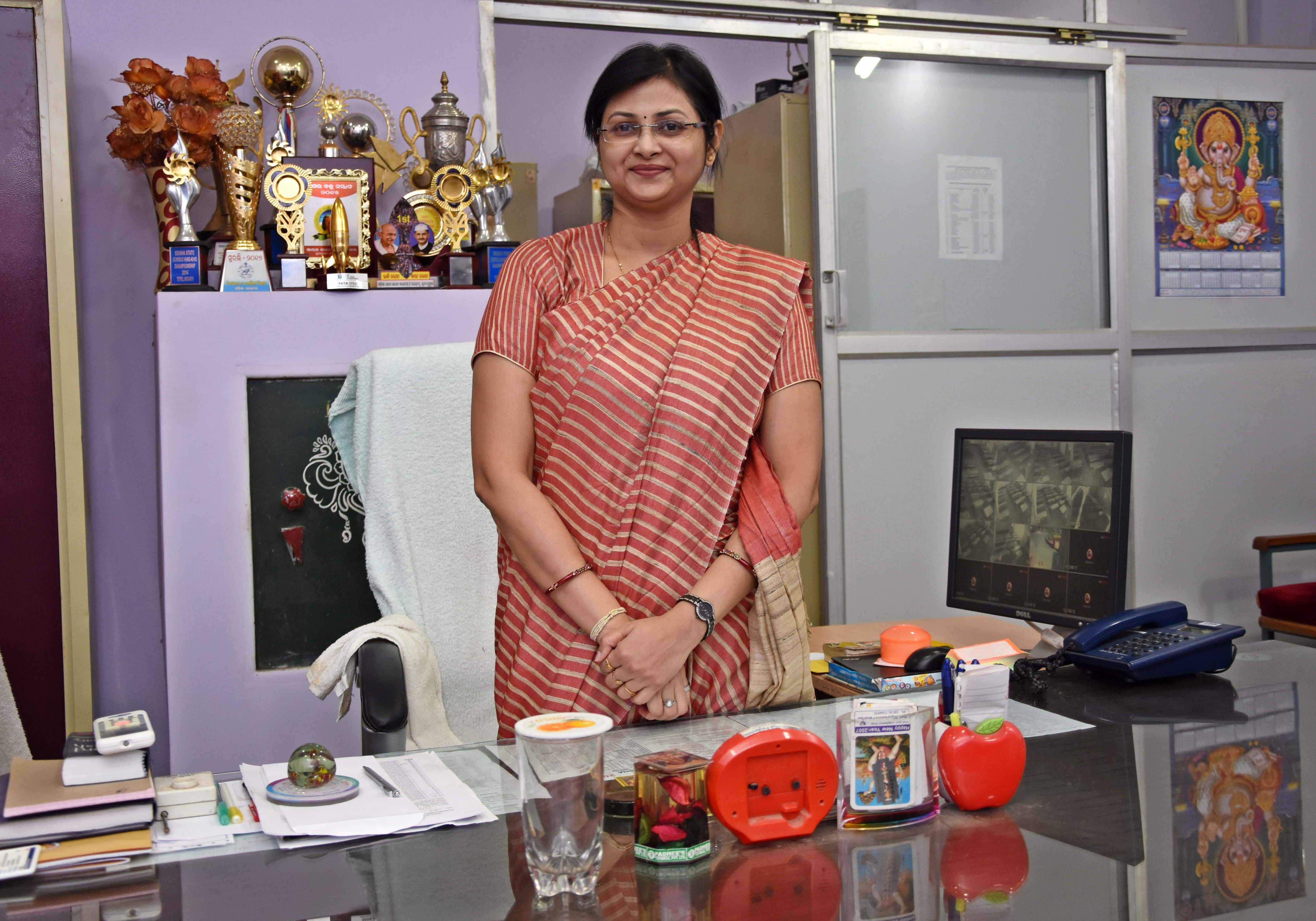 Learning English is also a component that she has added to the curriculum. “Even if our teaching medium is Odia, our students have to read in English after they clear class X. Hence, we tied up with an English language training institute here to provide remedial classes in English, speaking and writing, to our students,” she informs.

She was awarded the Prananath Award for Education in 2015, for her outstanding contribution in the field of teaching, Sonamika also introduced the concept of exclusive reading and activity classes in Capital High School for the holistic development of children.

She says that many slum children in the school may not be as good in studies, but are excellent in painting and sports, “We started a reading class where a student devotes at least one period to read whichever book he likes in the library.” Painting materials and sports training are provided to students free of cost.