Will TISS lose three of its centres or not? The day after that shock announcement, TISS Director S Parasuraman opened up and talked about how hope hadn't been lost yet, even if lots of cash had been

With the imminent shutdown of three departments at the Tata Institute of Social Science (TISS) due to lack of funding from the UGC, S Parasuraman, director of the 80-year-old institute, has said that he would head to Delhi and 'fight' to ensure that the departments don't get closed down. However, since there are still three more days left for the 12th five-year plan to lapse, the faculty haven't lost their heads just yet and are hoping that the funding comes through at the last minute, at least.

Speaking to Edexlive, Dr C J Sonowal, Associate Professor at CSSEIP said that the only issue is the UGC's ambiguity with regard to handing out the extensions, "I feel our institute will take all possible measures in case these centres are closed down by the UGC, so that our students do not suffer. These centres have been doing excellent work with their limited opportunities and endless constraints." In a statement made by the TISS Director on Sunday, it was mentioned that the Centre for the Study of Social Exclusion and Inclusive Policies, Advanced Centre for Women’s Studies and the Nodal Centre for Excellence under the Scheme of Human Rights Education had been sanctioned as PLAN projects by the UGC and in spite of regularly following up with the UGC on the funding of these centres, they had received no funding till date. In his statement, the director also mentioned that he had been regularly writing to the UGC to continue with the Centres. Since they had received no response, the director had issued letters to the faculty about their contracts lapsing by March 31

He also mentioned that most of the faculty members are permanent employees so there would be minimal effect in case they don't get an extension, "We are expecting for the best to come in next 4 days, that is, by the end of this plan period. Hopefully, we will continue our teaching and research activities as it is," he added. Another professor we contacted, also said that he would not like to comment on the issue until a final announcement was made but did mention that "anything could change," in the next few days.

Ever since the news broke out, questions have been raised about why these three specific departments have been targetted and why the letters to the faculty had not been issued earlier. They were also red flags raised as to why the letters were issued — since it is not unusual for the UGC to fall back on funding since in many instances they always extend these plans after the lapse dates.

TISS Director S Parasuraman spoke about the controversy surrounding the institute and how he's been 'borrowing' funds to keep them afloat all these years: 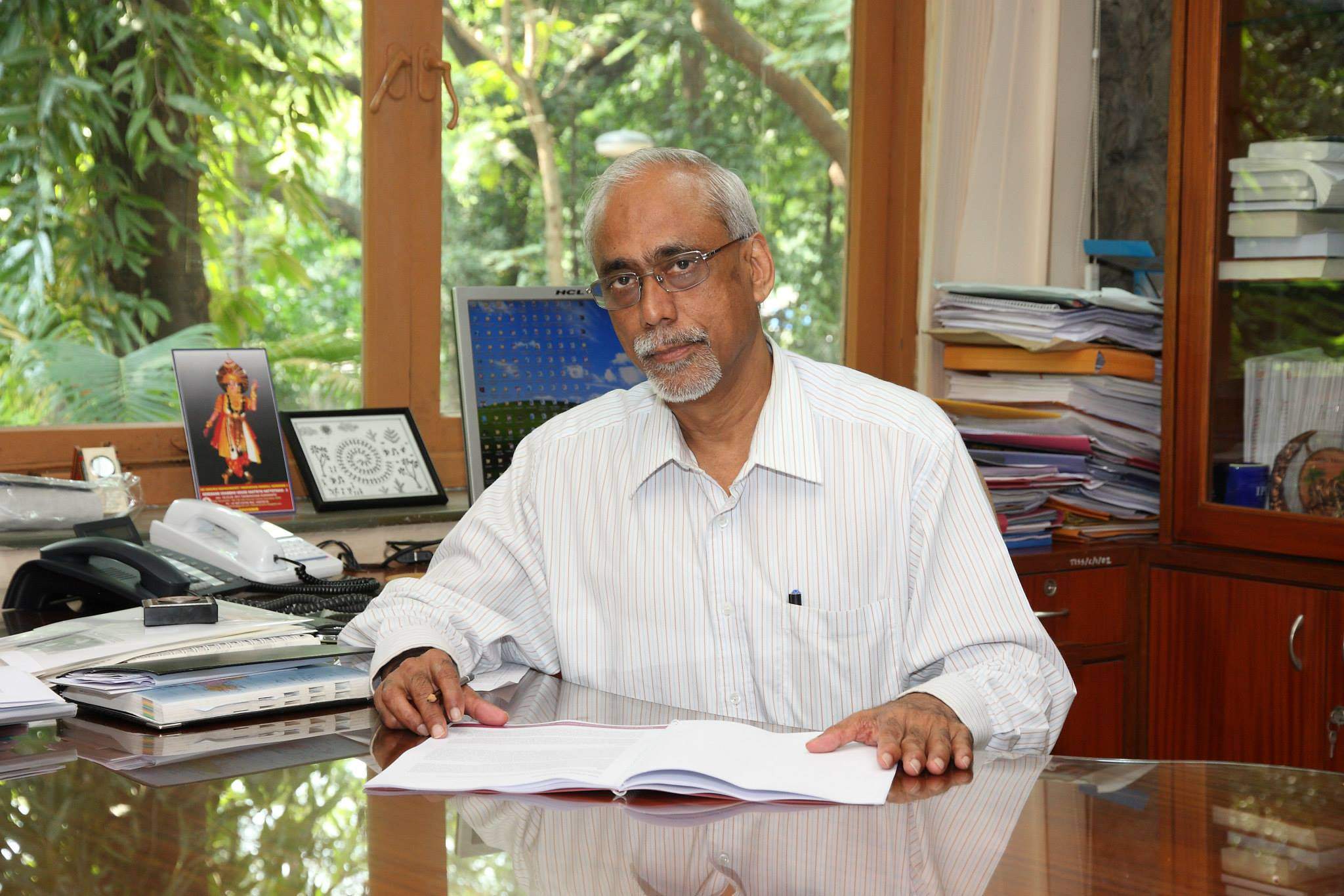 What is the immediate plan of action?

Like I mentioned in the statement, I will be meeting with the UGC on March 30 and 31 and will try my very best to get the 511.25 lakh that has been spent by the institute as well as convince them to continue funding for the three Centres. That will be the immediate step.

Have students already applied for courses at these centres, what will be their future?

The applications are still coming in. We have 1300 postgraduate students currently with us and we have received 46,000 applications this year. Do you know that it is tougher to get into TISS than it is to get into Yale or Harvard because the entrance is so challenging. The procedure has been continuing as per routine, by April end we will select the students and then look into what needs to be done.

In case the UGC stops the funding, will TISS take steps to absorb these professors whose contracts will be terminated, into other departments?

I can only take one step at a time. So let me go and speak to the UGC first and try to do my best. It is my job to ensure the funding comes, so I'll do that. But as the Director, it is my legal responsibility and duty to inform the faculty that the plan is coming to an end.

So that is what I have done, I've let them know about it. I want the departments to continue, which is why I have hired so many people, unlike other educational institutions.

Problems that have plagued Parasuraman in the past

In the past, the Director threatened to resign his position after allegations of suppressing the audit report that was reportedly critical of him and the way that the institution was being run. Some of the faculty staff also accused the director of being authoritarian and some professors even claimed that they had been sacked for raising objections against the working of the institution

After the JNU- HCU protests, the director had also issued a letter to all the students telling them to "stay away" from those kinds of protest, saying TISS can't "afford" to participate

So, other universities don't hire as many people?

See, as long as the agreement (Plan) is in place, we are allowed to hire people to the department. The UGC usually doesn't release the funding on time but since we have the agreement we expect it to come at some point, all at the same time or in phases. We are completely dependent on government funding and this is the case with all government funded institutions. But since the funding is so erratic, other universities don't take the risk of hiring so many people in these departments. But I take loans to ensure that these faculty members are paid and they get their salaries on time.

Do you believe that you can convince the UGC to come through with the funds?

I have no idea but I'll keep trying. If they don't give (funds) then I'll again have to take my begging bowl everywhere to ask for funds. We still have a few days left, so we hope the UGC allows another Plan and the faculty can keep their jobs. But if the faculty continue to defame me then I don't know, maybe the government will shut them down.

Yes, the faculty target me because I can't do much right. So they throw accusations at me.

Some faculty have alleged they are being targetted by the institution

In an article (The Wire) published two days ago, it was alleged by one of the professors that most of those being axed had been attempting to establish a teachers’ association for the past six months. The professor had added that this had angered the TISS establishment, and was probably one of the reasons why these 25 were targetted specifically, and that some other faculty members from the same centres had not received these letters. 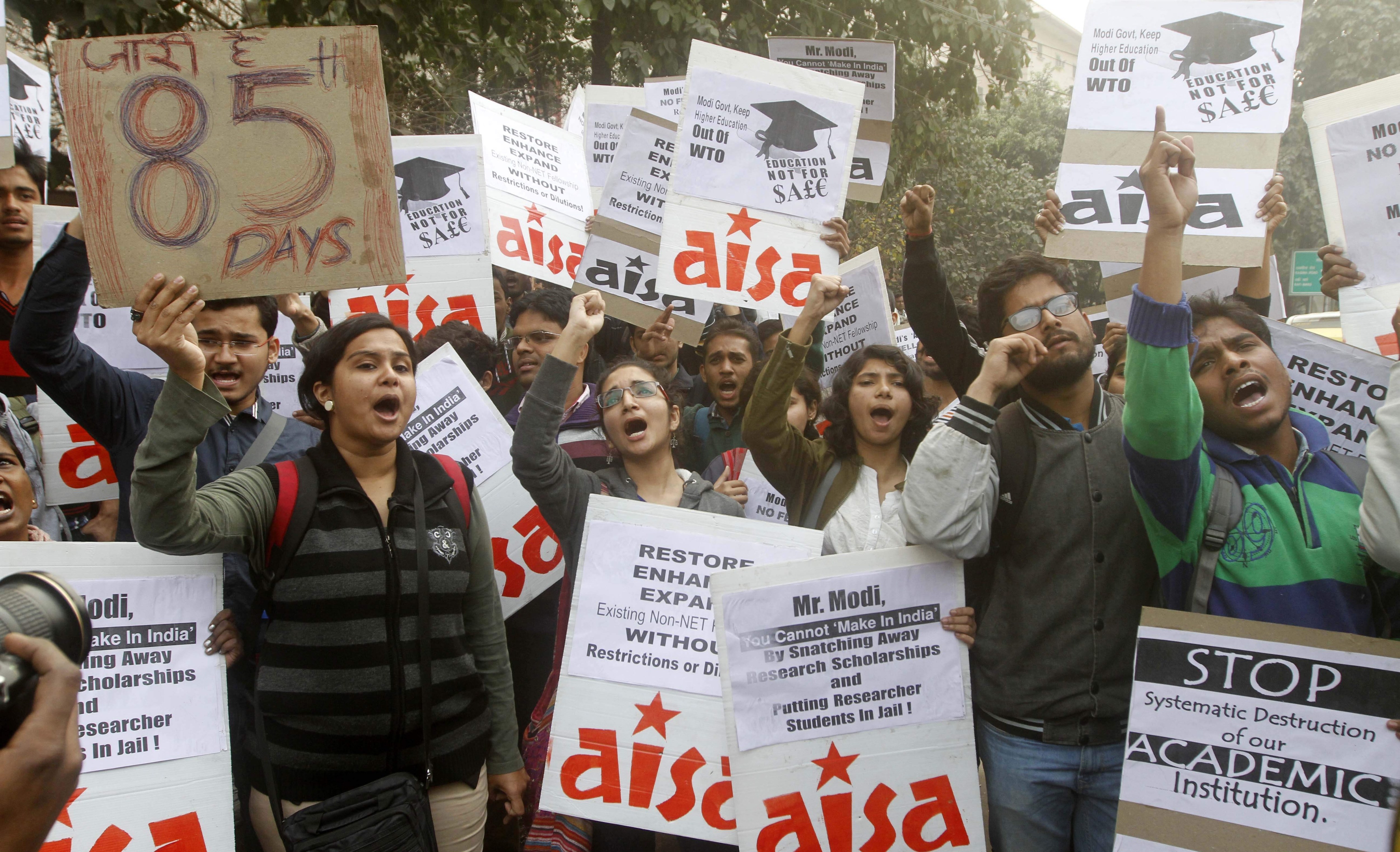 Is this because they don't receive their salaries on time?

So, you're just waiting for the UGC meeting?

Yes. As the director, my job is to make sure the institute gets funding. So, I'm doing my job, I'll speak to them and then figure out what can be done.