In 2018, when Tanvi Arvind visited her grandparents in Bengaluru, she was taken aback by how they were struggling to use their smartphones. Throughout her summer vacation, she taught them how to use the device and they slowly became better at it. That is when an idea struck the then 12-year-old — there were many others like her grandparents and she could help them out. She decided to launch her initiative TechEdEn, to educate senior citizens about technology so that they could independently use their smart devices.

Today, Tanvi is 14 and is already two years into her initiative. "I made a three-year plan for TechEdEn. In the first year, I went to people's houses and taught them how to use their devices. I went to a few apartment complexes near my house in Chennai to teach larger groups of people too. This was in 2019 and I was able to reach 68 people," says Tanvi. In her first year, she made about Rs 28,000. "In my second year, I couldn't do much due to the COVID-19 pandemic. I had to restrict myself to teleconsultations and was able to reach around 25 people and earned Rs 12,000," says Tanvi, who is in Class 9 at Sishya School, Chennai. She charges Rs 500 per hour for individual training and Rs 300 an hour per person for group training sessions. 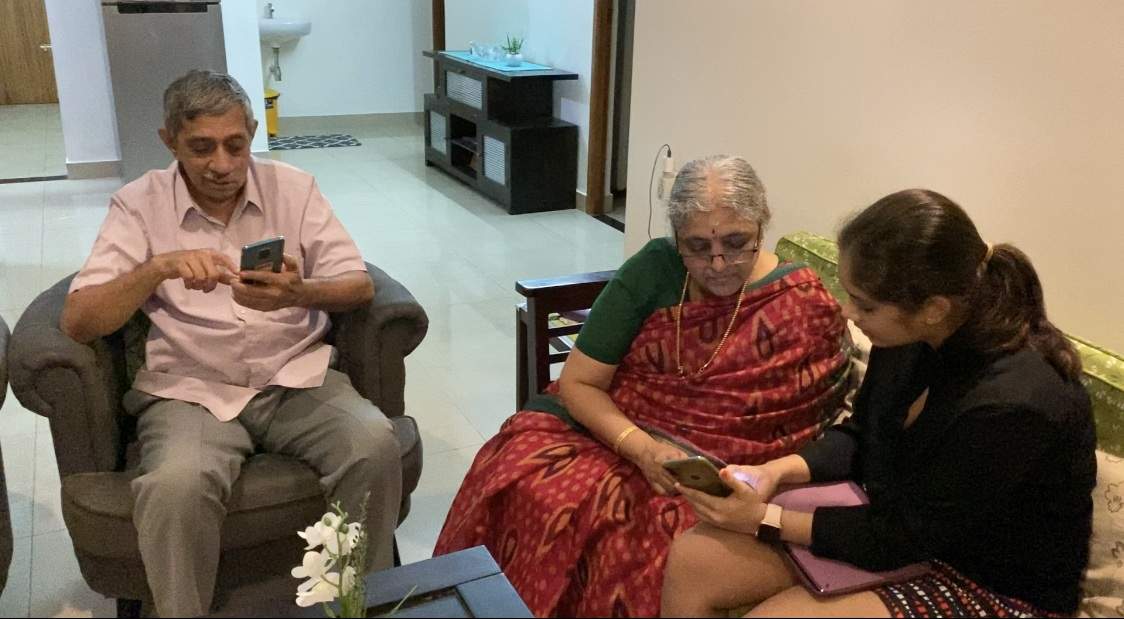 So, what does Tanvi help them with? "I teach them how to set-up their own internet connection. I also teach them online banking, how to shop for groceries, how to book a cab on Uber and how to order food from Swiggy and Zomato. With everything going online in the past year, learning these skills has become more important now than ever before," she says. Tanvi also teaches them how to use popular apps like WhatsApp and Zoom. "Most of these senior citizens don't have any experience at all and I teach them the basics like making a video calling or sending/listening to voice messages," she adds. Tanvi teaches people between the ages of 68 and 75.

She hopes that by her third year, people will be tech savvy enough to attend online classes as that is what she plans to do soon. Speaking about her plans for the future, Tanvi says, "As I will be heading to class 10, I think I'll have less time to devote to TechEdEn. In the first year, my sister helped me with the house visits. In the future, I will be looking for youngsters and other experts who can help me run this." Tanvi says that she's also looking for investors and thought leaders who will help her initiative grow.

Tanvi attributes much of her success to Young Entrepreneurs Academy (YEA), which she joined in 2019. "Throughout the training, I became more confident and they taught me how to speak in public. They also helped me fine-tune my idea," she says. Other than working on TechEdEn, Tanvi also loves to play tennis.